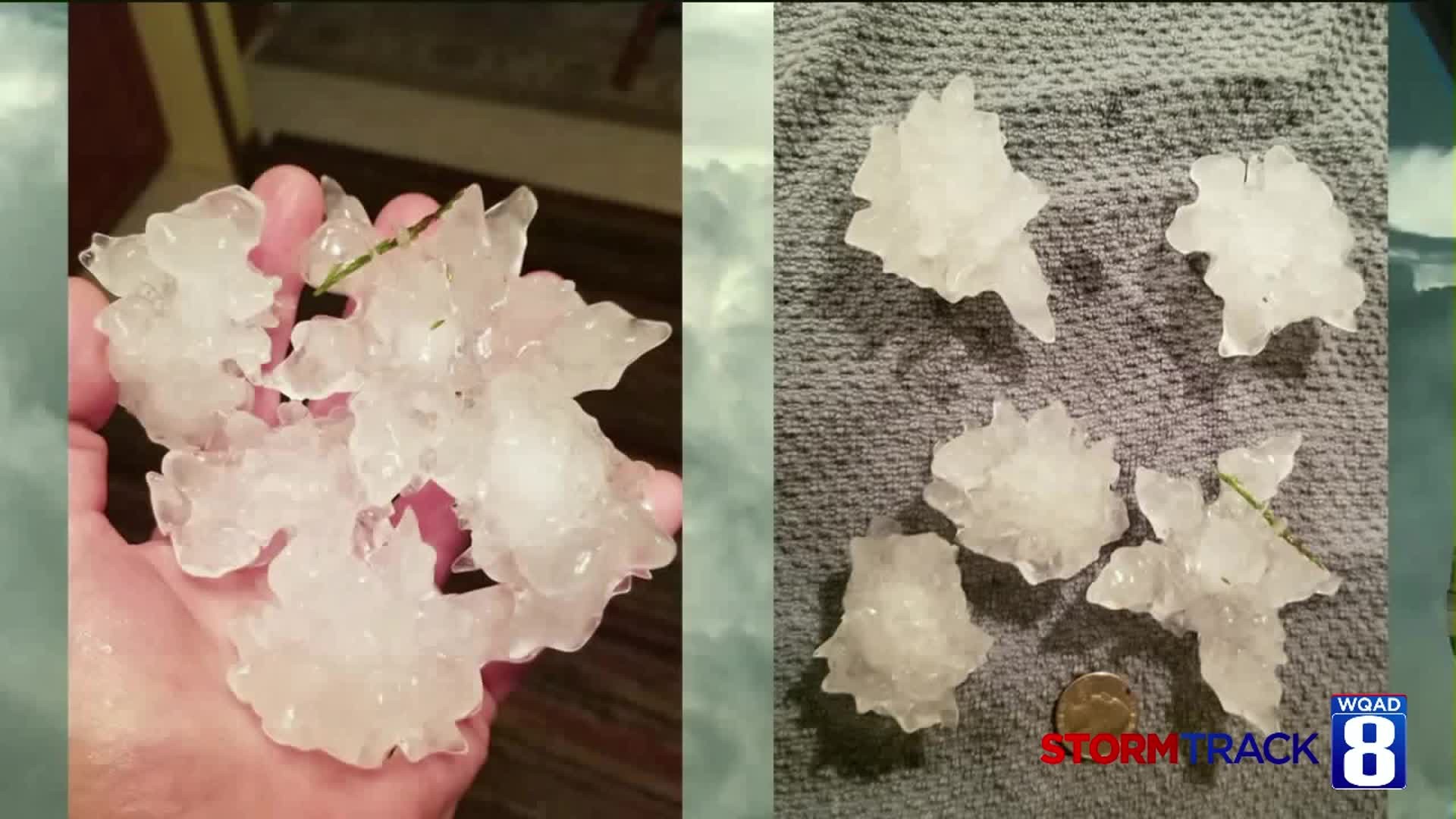 Angels and starfish falling out of the sky? Well, that's a sight some of our hometowns saw in late September as severe storms pushed through the Quad Cities.  The storm itself created some really odd looking hailstones that many of you noticed.

Most of the hail that we are accustomed to seeing falls with a spherical shape, or golf ball appearance. That wasn't the case with this type of hail, or rather, the process that created it. The stones themselves resembled angels and starfish, with jagged edges on them. So, what was it about this day in particular that led to these strange shapes? To the atmosphere, we go!

When it comes to hail, there are a lot of dynamic processes occurring at several different elevations within a cumulonimbus cloud. These types of clouds billow to heights of up to 60k feet at times depending on their strength, and because of that, they are able to tap into some extremely cold air masses. So cold in fact, that supercooled water droplets (or water that is in an environment below freezing but still in liquid form), is able to come together to produce layers upon layers of ice around a single ice crystal floating within these clouds.  In terms of their size, it's the speed of the storm's updraft (the fetch of warm, moist air that the storm is ingesting) that determines this, which can range from 30 all the way up to near 90 miles per hour depending on the strength of the updraft.

The air mass that was in place for late September was unusually moist as we combined several feeds of moisture, including sources from remnant hurricanes in the Pacific and Gulf Moisture to our south. This type of setup for this specific type of hail growth known as "wet growth".

With wet hail growth, the combination of the right temperature and plentiful moisture comes together to form a thin layer of water that remains unfrozen on the surface of a hailstone. This thin layer allows the single hailstone to attract other hailstones, instantly allowing them to stick to each other.  This is what gives these hailstones the jagged, sharp appearance as the stones collide throughout the cloud and then stick together.

As always, thank you for sharing your weather pictures with us. You can e-mail your weather questions by clicking here.