Bitterly cold temperatures invaded the Midwest in the middle of February thanks to a phenomenon known as a "Sudden Stratospheric Warming" event. 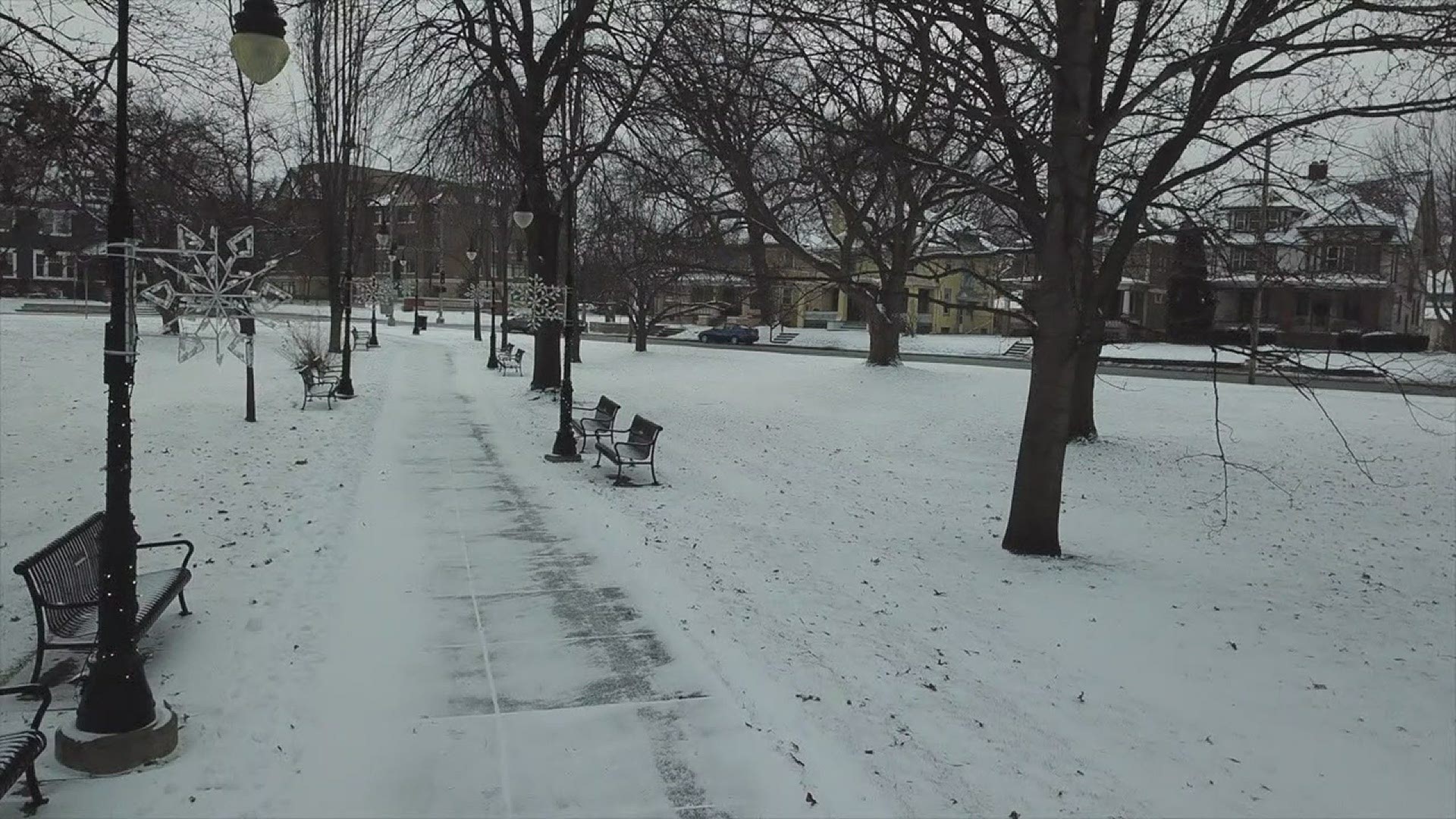 MOLINE, Ill — By now we are all familiar with the term, "Polar Vortex", but what causes this three-dimensional ring of winds and extremely cold temperatures to dive south every so often in the winter months? We can thank a phenomenon known as Sudden Stratospheric Warming for the bitterly cold temperatures. Here's what happened.

At the beginning of February 2021, the northeast United States saw a major snowstorm that dropped more than two feet of snow in some areas. Just before the northeast was battered with snow, Spain experienced a deadly snowstorm and life-threatening cold that featured temperatures as low as 70-degrees below zero.

The term "polar vortex" has been loosely used to explain bitterly cold temperatures that occasionally sneak into the Midwest during the winter months, but the actual polar vortex itself isn't as close to our region as you think.

The polar vortex itself involves a ring of strong winds that typically exceed 100 mph at times that blow from west to east. These winds are located in the stratosphere, about 15-30 miles above the Earth's surface. Temperatures within the actual vortex can become extremely cold, dropping to levels lower than 110-degrees during the night.

The strength of the actual vortex varies each winter season, and it's the strength that determines the overall position of the jet stream.

A strong polar vortex is very symmetrical and smooth-looking. It remains tightly wound and steady, moving very little from north to the south. This state allows the polar vortex to maintain its usual position, located over the poles. That in turn keeps the extremely cold temperatures bottled up well to the north of the Quad Cities. We experienced a strong polar vortex during the winter of 2019-2020, which gave us fairly mild temperatures throughout.

A weak polar vortex, however, allows the bitterly cold air mass to sink further south thanks to the "wavy" appearance as jet stream winds weaken.

The evolution of the polar vortex went under a significant transformation towards the end of December 2020 as a stratospheric warming event took place. This area of warmer temperatures in the stratosphere, which you can easily see in the time-lapse video below, reduced the stability of the vortex and actually broke it up into two distinct pieces.

These types of jet stream variations can unbalance the vortex, causing the share to appear more wobbly and unstable. By January 5, 2021, a sudden stratospheric warming event was underway caused by violent disturbances that severely distort and weaken the vortex, ripping it away from the pole and splitting it into two pieces. When this happens, temperatures dramatically rise over the cold polar regions.

Credit: WQAD
The shape of the polar vortex is extremely disrupted, losing the usual circular shape.

This January event pushed the polar vortex from its normal position over the North Pole all the way to Europe and Siberia, pulling it apart multiple times in the process. It can typically take weeks or even months for the polar vortex to recover and form its original symmetric appearance.

Credit: NOAA
The polar vortex went through a significant change in late December of 2020.

What is a Sudden Stratospheric Warming event? Let's dig in.

The polar stratosphere during the winter is normally very cold, with strong westerly winds. Once in a while, the vortex can suddenly warm over the period of a week or two which causes the jet stream winds to slow down dramatically, resulting in easterly winds that are more typical of summer. This allows the jet stream to shift more easily and also impacts the paths of storms, impacting snowfall and temperatures.

Thanks to satellite technology, it's easy to observe these fluctuations and sudden stratospheric warming events in real-time. However, much remains unknown on what role climate change may play in their strength and severity.

In a recent publication from climate.gov, Amy Butler, a scientist with the NOAA Chemical Sciences Lab, shed a bit more light on why so much uncertainly exists in regards to a link to climate change and sudden stratospheric warming events.

"In the future, climate models do not agree about what will happen in a warmer climate. Some show significant strengthening of the polar vortex while others show weakening", says Butler.

RELATED: January 2020 was the world's hottest January in recorded history

RELATED: Texas power outages: How the largest energy-producing state in the US failed in freezing temperatures