"It was terrifying. It honestly felt like the house was going to collapse." Derecho tears through East Davenport neighborhood

MidAmerican crews estimate power will be out for a few days. 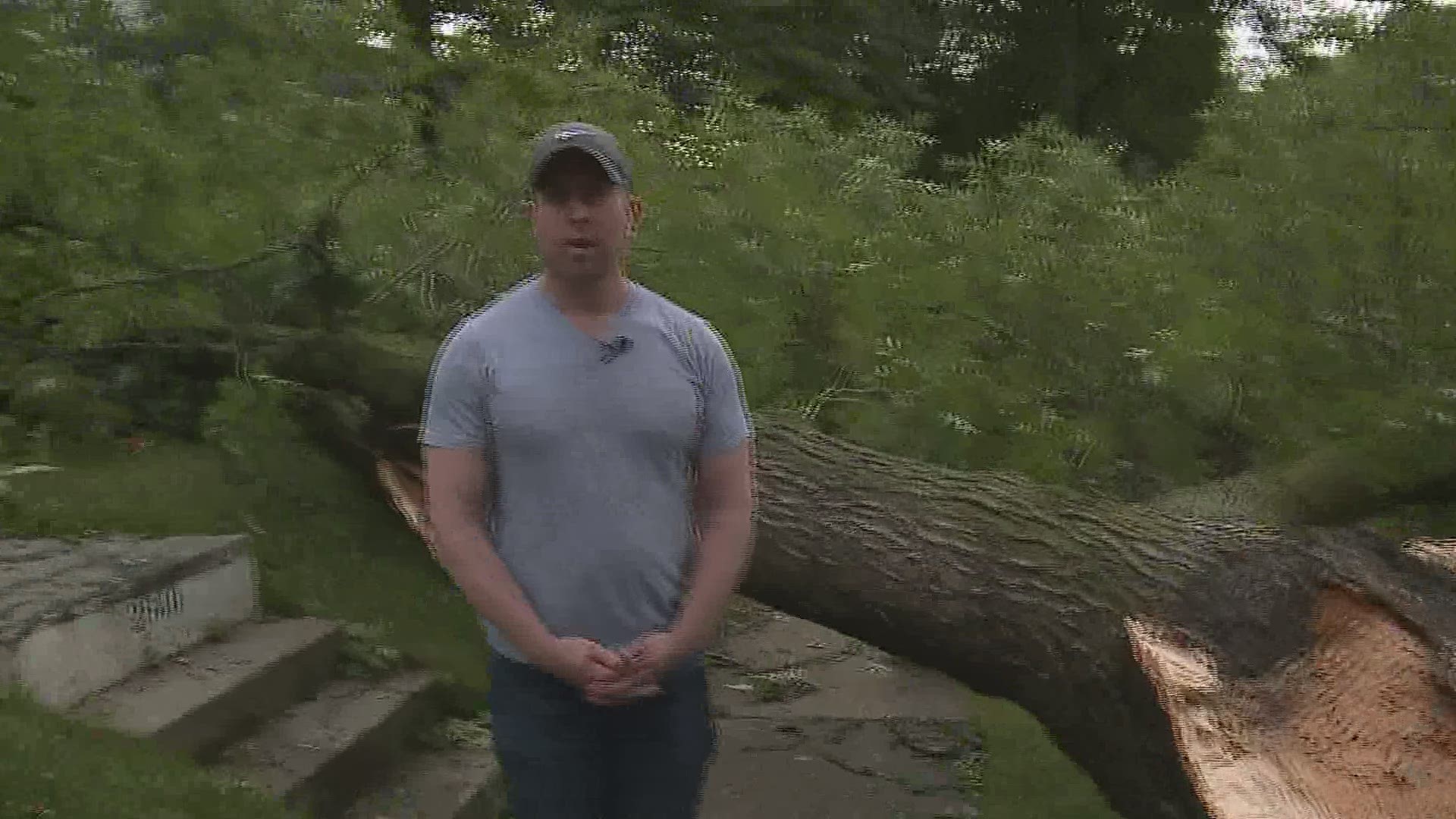 DAVENPORT, Iowa — Nick Bowers was home when the 90 mile an hour winds ripped through his East Davenport neighborhood.

"I was literally standing there at the windows. You could hear the cracks of the branches. I could hear it slamming up against the house. I was standing there thinking oh my gosh, I hope this doesn't go through the windows. And then everything crashing on the roof. It was terrifying. It honestly felt like my house was going to collapse."

Bowers is one of more than 80,000 people in the Quad Cities without power on Tuesday afternoon, more than 24 hours after the derecho tore through the Midwest. There is a tree on his house and in his lawn. And across the street, trees are pulling the power lines into a U-shape, making the road impassible on East Street.

Bowers and his neighbors work to clean up debris, but they also are waiting for crews to help with the bigger trees and branches and power lines.

Bowers just moved into his home on East Street a few months back, and he's been doing some renovating. He says this storm was unlike any other he has experienced. He says the strong winds lasted for almost an hour, making it impossible to know what was going to fall next. Today he says he is glad his house is still standing.

"I just thought oh my gosh, this house is going to collapse. Please let this storm go away."