Thursday's pressure will be similar to a depth 1,000 feet under the sea. 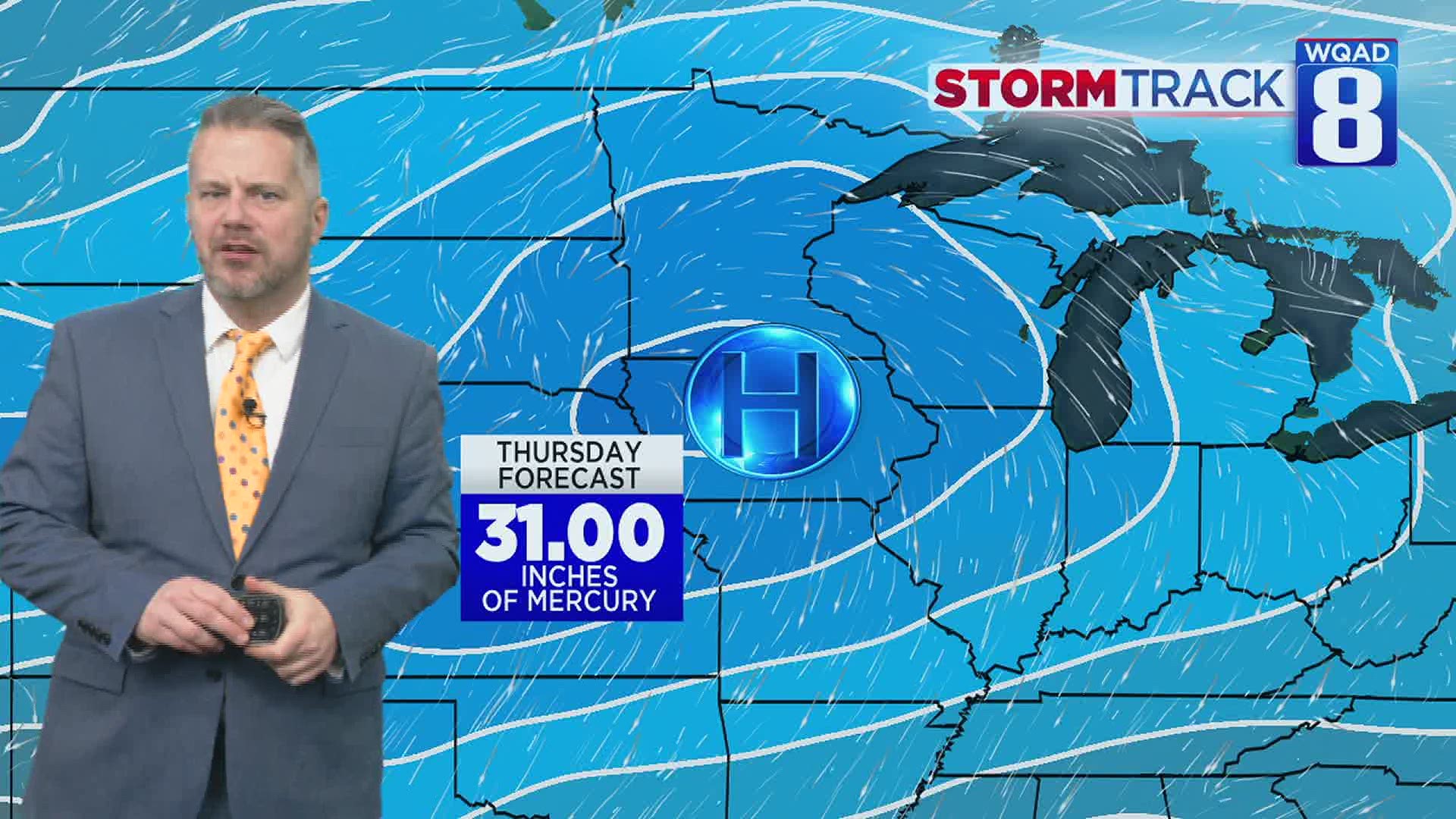 MOLINE, Ill. — Meteorologists regularly report on barometric pressure in weather reports. Typically, the barometer ranges from 29.50 to 30.50 with a normal around 30 "inches of mercury."

Back in the early days of Meteorology, the air pressure was measured in a tube of mercury at precisely 60 degrees Fahrenheit. As the air pressure decreases, the vacuum within a barometer allows the mercury to sit at a lower level.

Barometers can measure the pressure in units like pascals, millibars, and pounds per square inch. If you're wondering, a "bar" is 100 kilopascals.

While records for pressure aren't recorded by the National Weather Service, Christopher Burt of Weather Underground compiled the highest for several cities in the U.S.

Cities closest to the Quad Cities have records around 31.00 inches of mercury.

You'll also notice that these records typically occur in the winter months when pressures are more variable than warmer times of the year.

By Thursday, a ridge of high pressure as high as 31.00" is expected to be over Iowa. Being close to this, you'll notice crystal-clear skies and very light winds. Typically, strong high pressure systems are great for stargazing as the atmosphere is as still as possible. While this nears the Upper Midwest's highest pressures, the planet's lowest pressures occur on top of the tallest mountains and in the center of the strongest hurricanes.

When it comes to aches and pains, it's typically not high pressure that instigates them. Instead, it's when the pressure changes rapidly over a short period of time. That may result in tightness, stiffness, and discomfort...especially with those suffering from fibromyalgia or arthritis.

As this high pressure system moves east on Friday, southerly winds will signal a major warming trend for the Upper Midwest.

According to the Guinness Book of World Records, the highest barometric pressure ever recorded was 32.00" set in Siberia, Russia on December 31, 1968. That's like being 2,000 feet under the sea.

The Upper Midwest pressure on Thursday will be the same as if you were 1,000 below the sea!