Areas of showers and thunderstorms will expand in coverage by midnight. Here’s how much rain your hometown will receive. 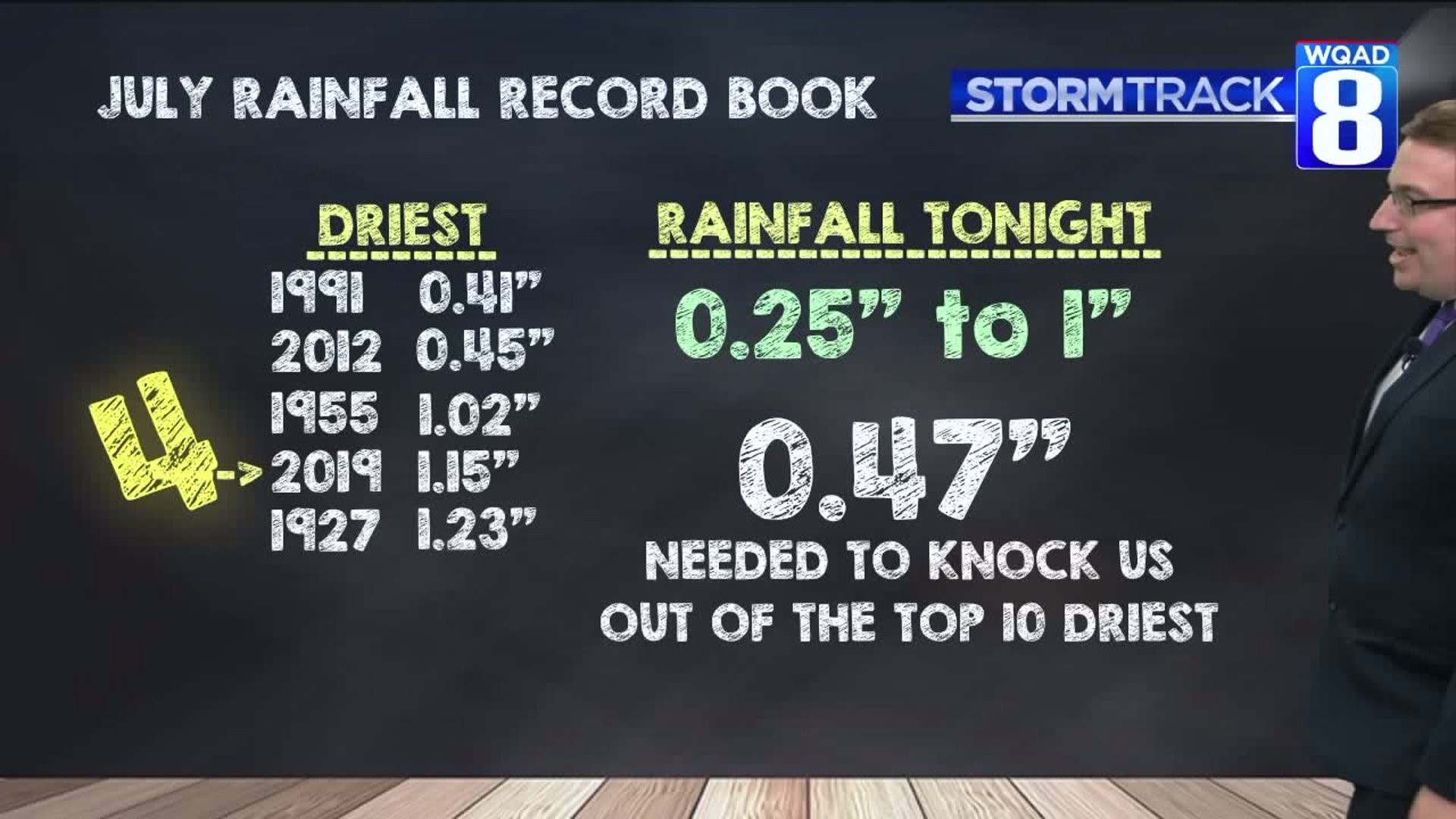 The rain is so close you can almost feel it! Well, for those of you that like to play in the rain anyway. A nice complex of showers and thunderstorms moving through Iowa late Sunday evening will continue to make good eastward progress through Monday morning.

As things stand right now we are experiencing the 4th driest July on record. Our total rainfall deficit has risen to nearly three inches in many locations. Impacts on agriculture and vegetation are just now starting to become more noticeable as the strong July sunshine beats down. We've only logged four days of rainfall, too, at least here in the immediate Quad Cities.

The cold front responsible for showers and storms tonight will push through very early Monday morning. As the front arrives around midnight, forcing will begin to increase and some heavy downpours will become likely. Our FutureTrack model paints quite a soggy, but beautiful picture for Monday morning as the front pushes through.

This will be the most widespread rain that we have seen in a number of days with nearly everyone in the Quad Cities region picking up some moisture. There will be localized pockets of heavy rain, including amounts up to an inch depending on which areas see more thunderstorm activity. Many areas will pick up between a quarter of an inch and possibly up to an inch and a half of rain before it ends late Monday morning.

Looking back at July rainfall records, it won't take much for us to get out of the nasty top ten driest July months on record. We'll need just shy of half an inch to accomplish that, though it would certainly be nice if we could get more. The top spot remains with the year 1991 when we only managed to pick up less than half an inch for the entire month.

A more active pattern is expected to take over as we head into the month of August. This will continue to help alleviate some of the impacts this dry pattern has had throughout the region. Certainly, lawns will be looking a lot better by the middle of the week!