Why frost can form, even when the temperature is above freezing

Welcome to Fall! Temperatures were cold enough for patchy frost this morning with temperatures in the middle 30s across parts of Eastern Iowa and Western Illino... 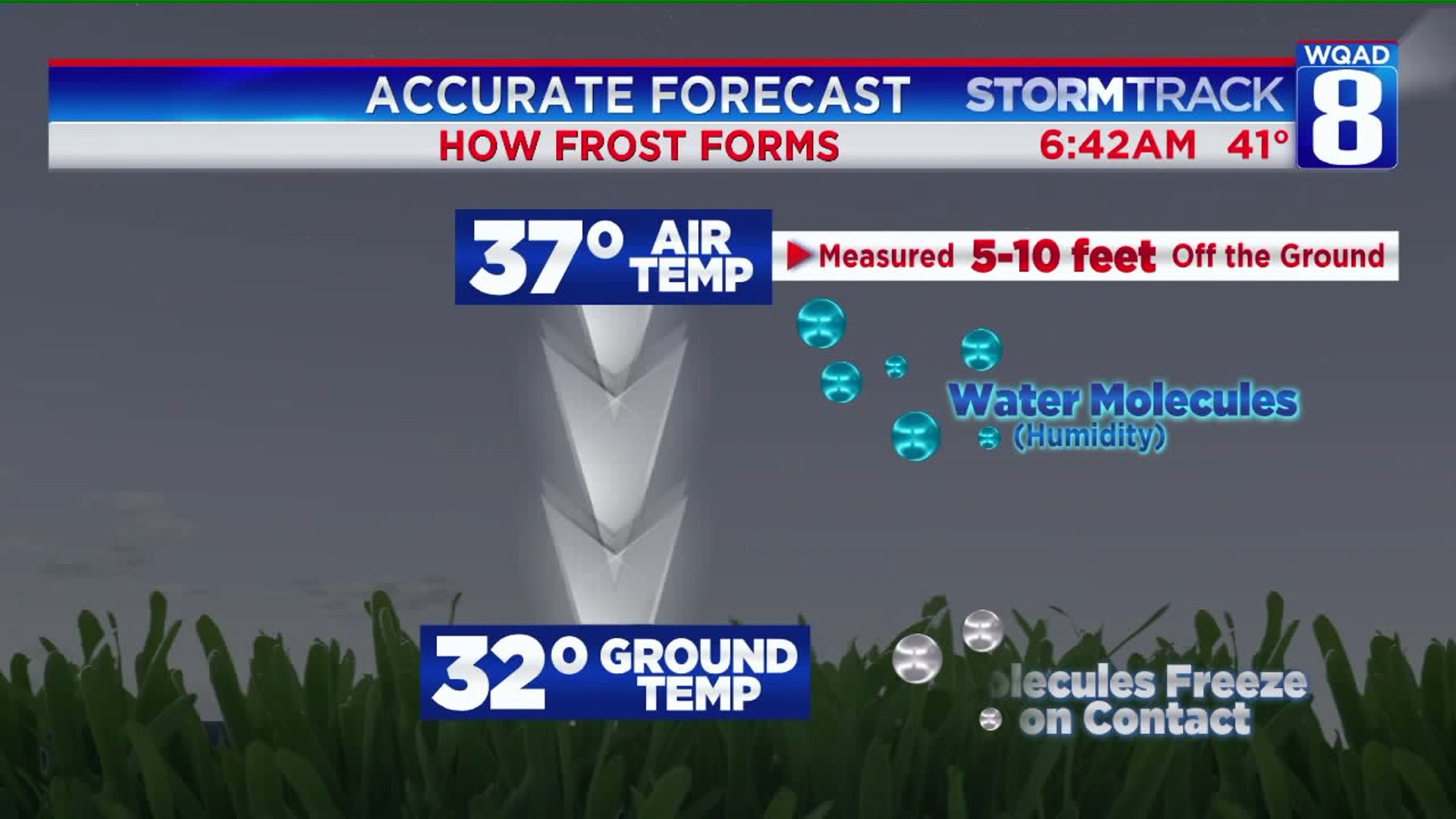 Welcome to Fall! Temperatures were cold enough for patchy frost this morning with temperatures in the middle 30s across parts of Eastern Iowa and Western Illinois. Urban areas were just a few degrees warmer, preventing any frost formation.

But have you ever wondered how frost forms? And more specifically, how it forms even with air temperatures well above freezing?

Consider for a moment that when Meteorologists give the temperature on broadcasts, it's a level of air temperature...not ground temperature. Typically, air temperatures are measured 5-10 feet off of the ground in shady areas. During the morning hours, frost can begin to form with temperatures as warm as 37 degrees. If it's 37 degrees at 5-10 feet above ground, it is almost always colder down at ground-level. That can cause frost to form car windows, grass, and slightly-elevated surfaces that have dipped to the 32-degree mark.

If you didn't see frost this morning, you'll likely be waiting a week to a week and a half! October 28th is our next shot at air cold enough for widespread frost. That will be a few weeks behind schedule. Anytime into October is fair game for frost in Eastern Iowa and Western Illinois.