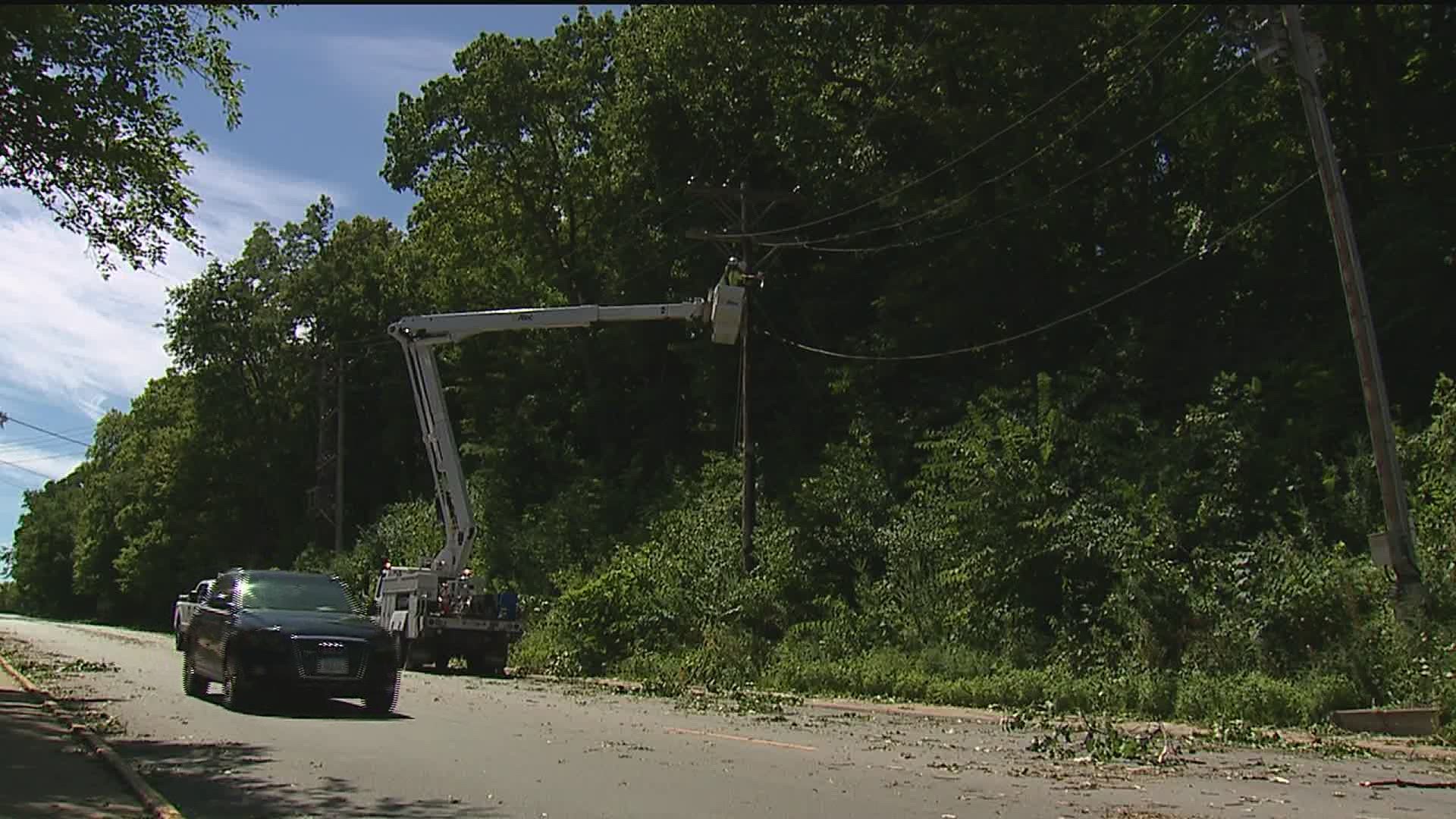 DAVENPORT, Iowa — Tens of thousands of people across the Quad Cities on Tuesday were still without power after a powerful wind storm -- called a derecho -- sent uprooted trees and cracked limbs crashing into power lines Monday afternoon.

"Been in Davenport for 32 years, and I've never seen a storm like this before," Johnie Simmons, who lives in central Davenport.

"Huge limbs, I've never seen a tree much bigger than this," he said as looked at a large cottonwood tree that shed three of its limbs in the storm, two of them falling on on a power line and snapping the top off a pole.

Amazingly, city officials said nobody was hurt in the storm.

"We don't know of any, so that's a blessing," said Mayor Mike Matson at a press conference with MidAmerican Energy Tuesday morning.

The company monitored the approaching storm as it barreled across Iowa, in areas reaching wind speeds of more than 100 miles per hour.

"Gassed up the trucks and had material ready, and things like that to make sure we were able to hit the ground running, but you really don't know what you have until it hits you," said Ben Keith, a spokesperson for MidAmerican.

The company says it is unsure of how long it will take to restore power to everyone.