It's been 10 years since this memorable Chicago storm. 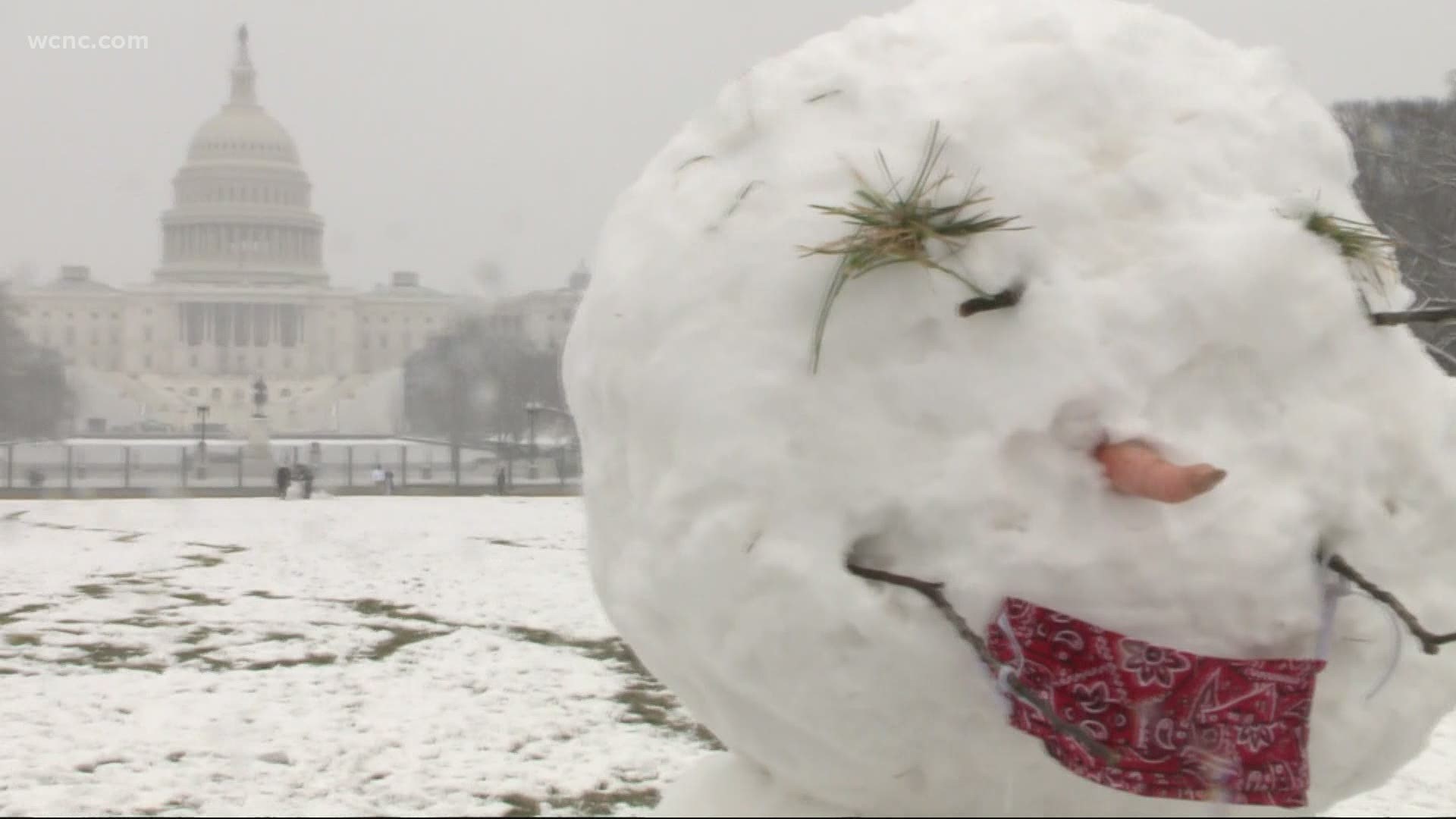 Rush hour traffic in a massive city may feel like an eternity on any given Tuesday afternoon. However, for a few thousand Chicago commuters in 2011, no drive home from work ever dragged on quite as it did on Groundhog Day -- nor will any other likely top it.

Starting on Jan. 31 of that year, snow began falling in the Windy City harder than ever before. By the time the storm ended, more than 2 feet of snow had accumulated in some areas of Illinois.

Hundreds of cars and thousands of residents were suddenly stranded on major roadways, such as Lake Shore Drive, trapped under the rapidly accumulating snow with nowhere to go.

"For me, I think this still will probably go down in my personal record book as the number one winter storm that I've covered," WLS-TV Meteorologist Tracy Butler told AccuWeather. "Of course, 1999, that was another big one, too. And 2015. But this one because it truly met the definition of a blizzard, and [because of] the prolonged impact. And, of course, the pictures that you see now from that storm, they're firmly entrenched in the minds of so many Chicagoans."

Butler, who has been forecasting the weather in Chicago since the mid-1990s, said that what made the storm so memorable was all of its different components. On top of the immense snow totals, fierce winds from Lake Michigan coupled with steady lightning, thunder and hail that shook the city for days.

Chicago Fire Department spokesman Larry Langford has been a Chicago resident his entire life and has worked for the city's fire department since 2000. Before that, he spent three decades as a reporter.

However, he told AccuWeather that he has never had a week quite like the days around Groundhog Day in 2011.

"That was probably the biggest hit that I can think of," he told AccuWeather. "A typical day of fire calls is about 2,000 calls a day, and 911, maybe 2,500 a day. This one, this just skyrocketed. People were calling 311 looking for information and 911 reporting emergencies, vehicles stranded, accidents and just [asking] general questions."

Much of the trouble stirred up by the storm, particularly with the hundreds of stuck cars on Lake Shore Drive, was sparked by just a few accidents. With businesses letting workers out early, roadways became congested and cars became stuck as traffic halted and snow rapidly piled up.

And according to Langford, one of the main reasons for all that congestion was the trouble the city's buses faced.

Articulated buses, also known as accordion buses, were being used to transport loads of people in the city, but once they get stuck in the snow, "It's a real mess," Langford said.

"If one of those goes sideways on the drive, it's like a huge roadblock. You can't get around it because on one side you've got guardrail and the other side you got high curb and grass," which slopes downward toward the lake, he said. "It was bad."

One of the buses, Langford said, blocked a drive with a slight elevated portion. Another went off an exit that did not accommodate it, getting stuck at the bottom of an exit ramp with nowhere to turn around.

"All the cars started backing up; they had no place to go. You couldn't turn around; you couldn't get off," he said. "So you were just there and it just took over." And as the heavy snow fell, "It did not take long to bury those cars."

As people sat stuck in their cars for hours, vehicle fires and dangers from the fumes of burning fuel threatened the lives of those who were not even in the direct elements.

Langford said one of the most frequent emergency calls received that week was for drivers in stranded cars reporting fumes, running out of gas or needing rescue after abandoning their cars. In order to get to cars stranded on blocked roads, the fire department utilized snowmobiles to bring people to shelter.

In all, 11 people died from the storm's impacts, making it one of the deadliest blizzards in U.S. history.

Despite the tragic outcomes, Butler said she believes the public was well-prepared for the storm as the forecast gave residents and businesses the approval to leave work early.

But even then, the intensity of the snowfall was hard to fathom.

On top of the volume of snow, Butler and Langford both said one of the most dangerous elements of the storm was the intensity and rate at which the snow fell. That, coupled with remarkably strong winds, produced whiteout conditions that made safe driving an impossibility.

"It was literally pouring snow, and you had that coupled with the wind. We had wind gusts over 60, up to 70 miles per hour," Butler said. "That's hard to contend with when you're getting 1 to 3 inches of snow per hour, you're getting 60-, 70-mph winds and you have traffic that is trying to get out of town," she continued. "It was just a combination of things that all came together and very sadly so many folks were stranded."

Those fierce winds also downed many tree limbs, which took out power lines, further adding to the cleanup worries. And in those recovery efforts, Langford said many of the rescued cars taken off Lake Shore Drive weren't able to be retrieved because of the sheer volume of stranded vehicles.

After being towed off the road, in some cases days later, they were taken to a north side parking lot.

Going forward, Langford said, the city learned plenty from the storm and its consequences. "Changes were made to the drive, escape lanes were put in, openings were put in so that you could open up the median and cars could drive to the other side if necessary to escape something like that. So improvements were made by the city to alleviate that problem in the future."

The 21.2 inches of snow recorded at Chicago O'Hare International Airport was the third-highest total in city history and by far the most from any February storm.

"I think the storm that had the greatest impact with wind was in the 2011 blizzard," Butler said. "Some people refer to it as snowmageddon. But the wind was relentless, and that's the thing that was so amazing about it."

Amid the hardships, however, Butler added that many silver linings emerged from the storm.

On top of the heroic rescue efforts from first responders, neighbors were there to help each other, news rooms worked together with camaraderie and countless residents made memories of a lifetime from the snow that would remain on the ground for weeks.

Butler recalled the stories of strangers helping to rescue stranded drivers and neighbors, who may not normally see each other outside in the winter months, spent the unique time together.

"People were outside. Kids were outside, and you know, they had the snow days. And I think there was just something kind of nostalgic about that as well," she recalled.

"But I think that's one thing that I think about is how neighbors got to meet each other. How people just kind of enjoyed an old-fashioned, good snowstorm and I think that that's something a lot of kids, who were 'wee high' then, can grow up and tell their kids now. 'Hey I lived through the 2011 blizzard and you know my mom pulled me around on my sled.' Or, you know, 'Dad and I -- we built a fort,' or something. I think it's one of those stories that keep these kinds of memories just alive."