In a dramatic rescue caught on camera, truck driver Bob Smith can be seen risking his life to save a total stranger 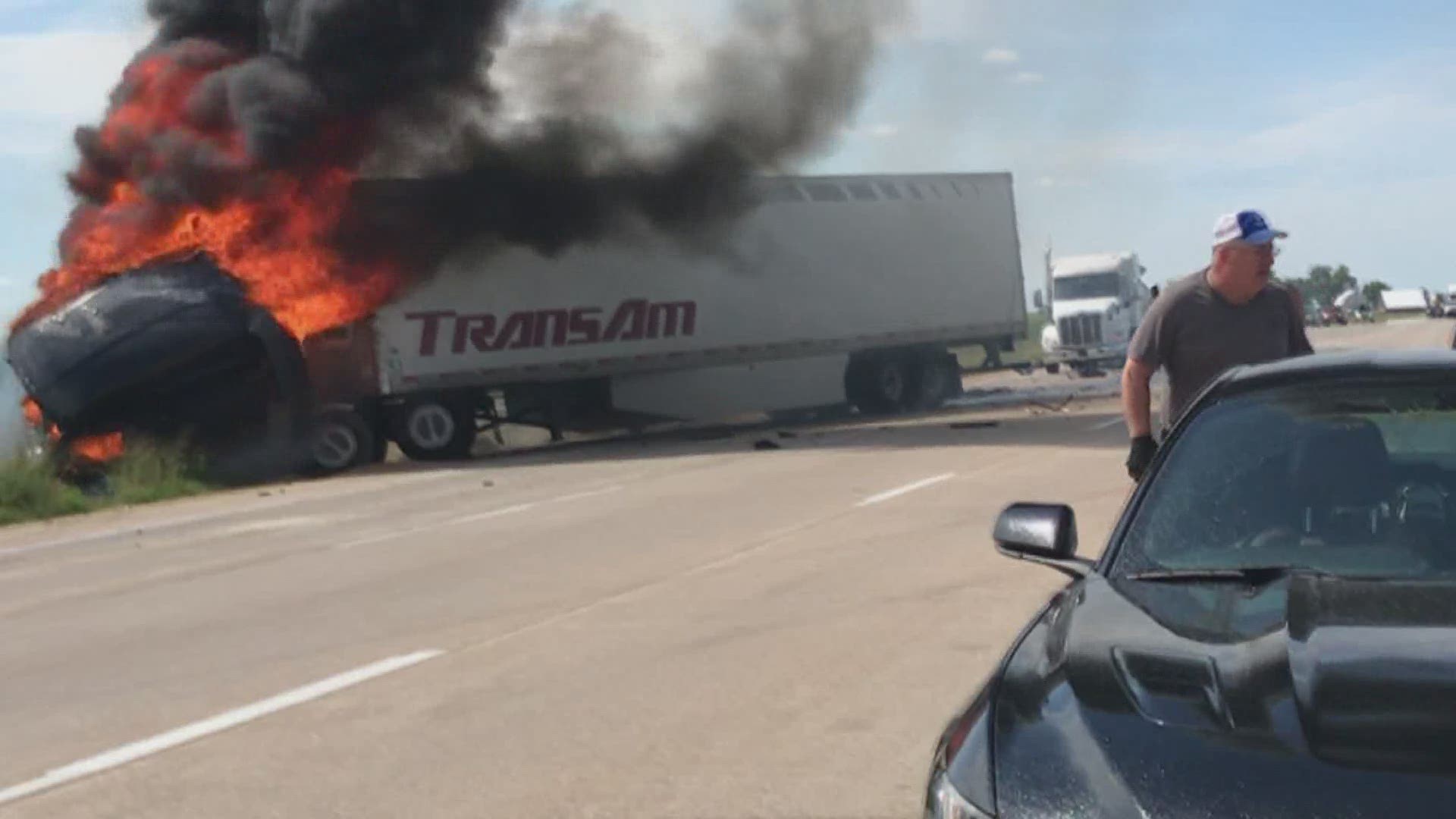 WALCOTT, Iowa — A black spot still on eastbound I-80 near the Walcott exit is a reminder of the surreal moment traffic stopped on one of America's busiest interstates. It's where a semi truck rear-ended another and burst into flames on August 30th.

Sales rep Tom Ferguson was heading home to Battavia, Illinois from a golf trip in Iowa when he saw the crash, and began to film. He soon found driver Bob Smith in the ditch kicking the driver's side window and yelling out for a crowbar.

"I'm in my pink golf shirt and my golf shorts in the middle of I-80," Ferguson said. "And I'm like, I don't have a crowbar so I just start waving."

The driver was trapped. Black smoke and flames filling up the sky, Smith realized that he wouldn't be able to kick his way through the window, but he didn't have much time.

"In its position, I didn't have an angle where I could get a good impact with it and realized very quickly that it wasn't going to work," Smith said.

Smith remembered that inside his truck he could find a fifth wheel puller, a metal rod that's used to detach the trailer from the truck. He can be heard shouting at the man to cover his eyes before shattering the glass, but the rush of fresh air fed the flames.

Finally freed from the wreckage, the man was bloody and burned, but alive.

"Bob was like a total superhero," Ferguson said, clearly feeling emotional. "If Bob wasn't there, I don't know. I couldn't do that."

"He thinks that what he did wasn't that big of a deal but we know just how heroic that was of him," said Smith's daughter, Julia Smith. She said his previous career and training.

Minutes later, the video shows emergency vehicles arrive on I-80 and Smith waving them in.