Two new cameras on Interstate 80 and Highway 67 will be activated on Jan. 5, along with a mobile unit the city will place randomly. 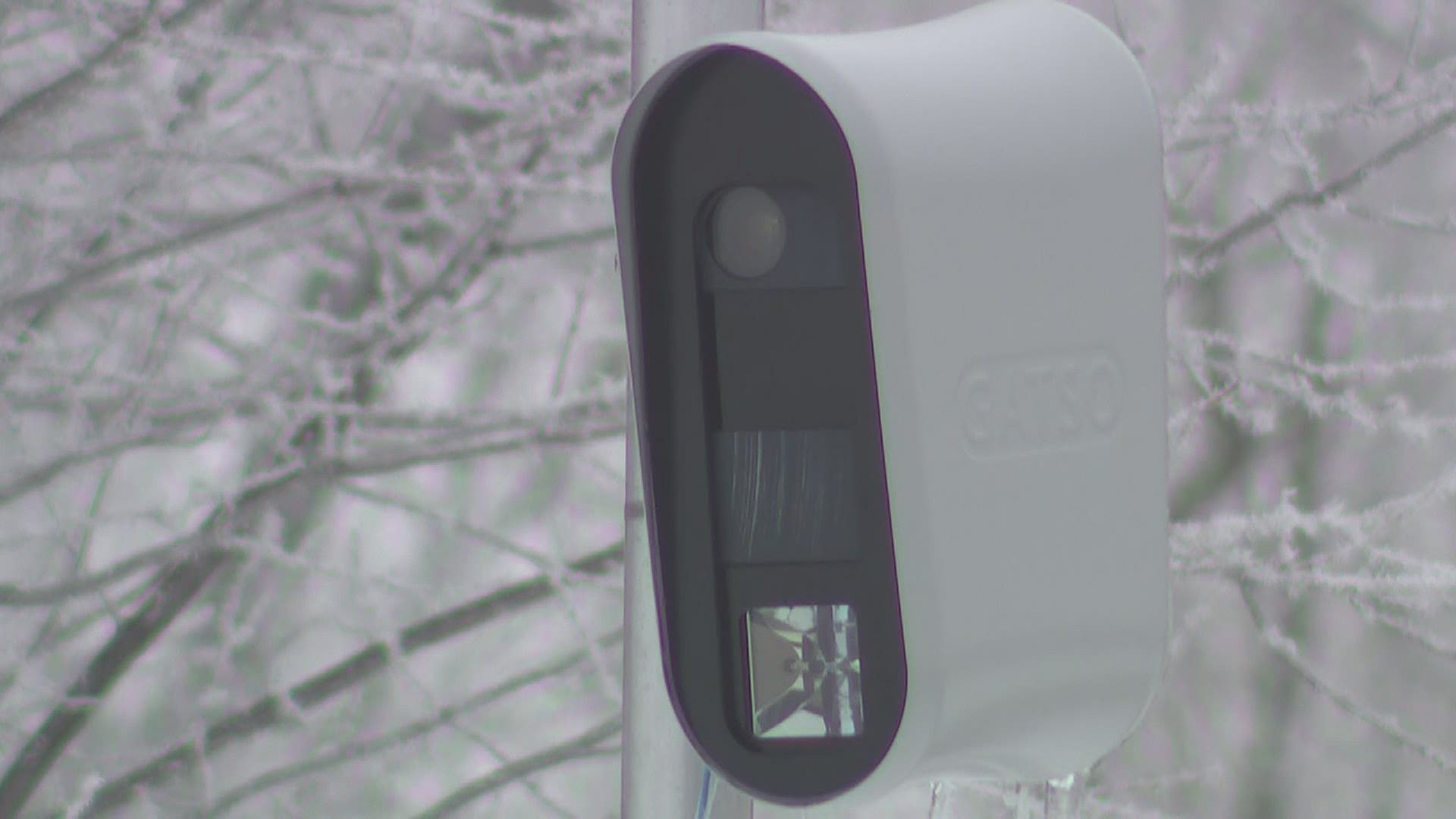 LE CLAIRE, Iowa — Some new traffic cameras around LeClaire - set to catch those speeding - will be activated on Tuesday, Jan. 5.

One is posted on Interstate 80, just before the bridge heading across the river and into Illinois. The other is on Highway 67 on the 2300 block of South Cody Road, right across from Green Gables Marina. They will pick up speeders from both traffic directions.

LeClaire's police department stated in a press release that they also have a mobile unit that they'll be placing in random hotspots around the city, as needed.

RELATED: Smoke coming from semi-truck pulled over on I-80 near LeClaire

For now, any cars flashed by the cameras will only be receiving warnings. Starting Friday, March 5, those will turn to official citations.

According to LeClaire Police Chief Shane Themas, the main priority of the new cameras are to create a safer driving experience in and around the city. In the press release he wrote:

"While we know the use of ATE is not often embraced by the public, we hope that our residents and visitors understand that their safety is our top priority. In the last 10 years there have been a total of 334 vehicular accidents on I-80 and HWY 67, just within our corporate city limits. These have included a total of 552 vehicles, 3 fatalities and over 115 injuries. Unfortunately, just one accident, one injury or one life lost is too many, so if this program can reduce these numbers by half, or save even one life, we believe it is worth it."

Some residents, like Dennis Speth, think the revenue generated by the new cameras will be beneficial for the city.

"The real intention I believe is to slow people down. Because it begins a stretch of a lot of busyness. People coming in off the interstate not looking. Coming off the canal shore drive," said Speth. "I think if people just watch their speedometers and take their foot off the gas, it'll be alright."

Pete McBurney lives across the river on the Illinois side, and says he uses the I-80 bridge every day. While he says he hasn't seen too many accidents, he believes the new speed deterrents will be good for the city in the long run.

McBurney added that he is concerned the good the cameras might do could be overshadowed if they're overused. But until that happens and more cameras go up, he's confident that the cameras won't scare tourists away from LeClaire.

However, not everyone agrees with him. Mike Trujillo has lived in LeClaire since 1960. He referred to the cameras as 'speed traps' and says he's never seen them in the city before, and doesn't want them now.

"I don't know why we have them now," he said. "We haven't had that many problems. You might catch a speeder but [the police] are always sitting down there anyway, so why waste our money?"

He's also worried that the addition of cameras could make people not want to pass through LeClaire - which would be a huge blow to downtown businesses that rely heavily on tourism.

"We're busy on the weekend down here with all of the businesses that we have down here, and I think that's gonna hurt it," said Trujillo. "It's a waste of money. I think they should have used the money for something else."