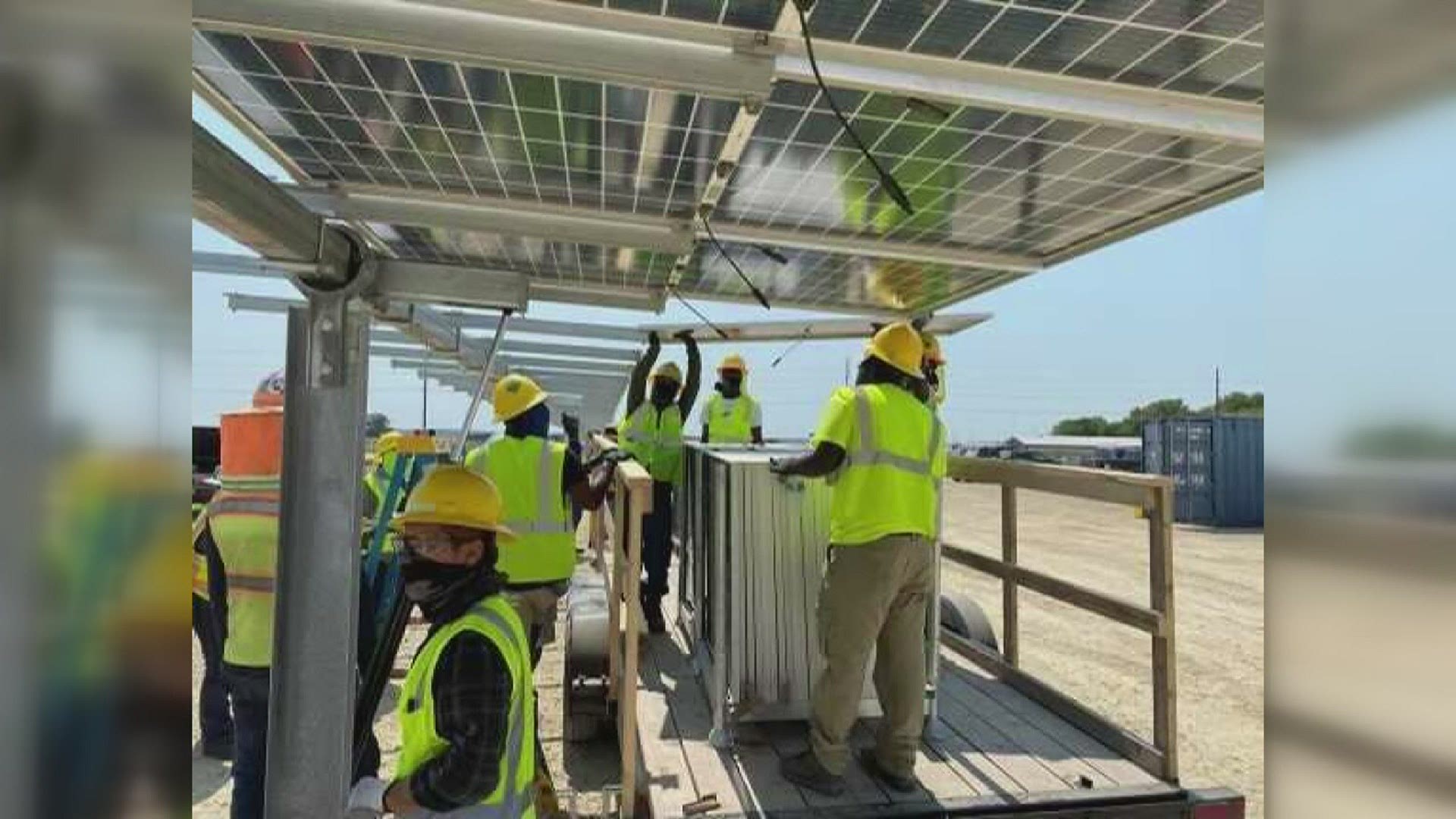 After the polar vortex experienced earlier this year, power grids across the nation were strained and many brought to a complete halt. That is why many states, like Iowa, are looking to diversify their energy grid. Since the early 1980s, Iowa has made renewable energy a priority because the recognized the importance. Iowa Lieutenant Governor Adam Gregg says, "Our state certainly reaps the rewards of renewable energy and I think recent national events have shown why it's so important to have a diverse source of energy so we have reliable energy for Iowa families and businesses".

In Wapello, Iowa on April 9th, 2021, a ribbon-cutting was held at what is now the largest Solar field in Iowa. The solar field coined "Wapello Solar" includes 318,000 solar panels which are used to power some 21,000 Iowan homes. Developers tell News 8, that Wapello Solar has created hundreds of jobs from construction workers to maintenance, which has pumped millions of dollars into the local economy.

The Central Iowa Power Cooperative (CIPCO), has added Wapello Solar to its energy portfolio after agreeing to purchase 100% of the energy created through the solar field for the next 25 years. According to CIPCO, "CIPCO’s purchase power agreement for Wapello Solar LLC locks in stable, long-term pricing and avoids the risks associated with rising fuel costs. Renewable energy credits (RECs) are not included in this agreement. ". Right now Solar energy only makes up about 0.4% of CIPCO's entire energy portfolio. You can see a complete breakdown of CIPCO's energy portfolio here.

Also at the ribbon-cutting on April 9th, 2021, organizations involved in making Wapello Solar a success invested in several local organizations showing their commitment to being in and a part of the community. Among the charitable giving was a $7,500 donation to Wapello High School to further STEM education in schools.