"There are no shortcuts to becoming a great shooter": Central DeWitt shooting for social distancing

The Sabers are hoping to make 3000 shots before school starts back up. 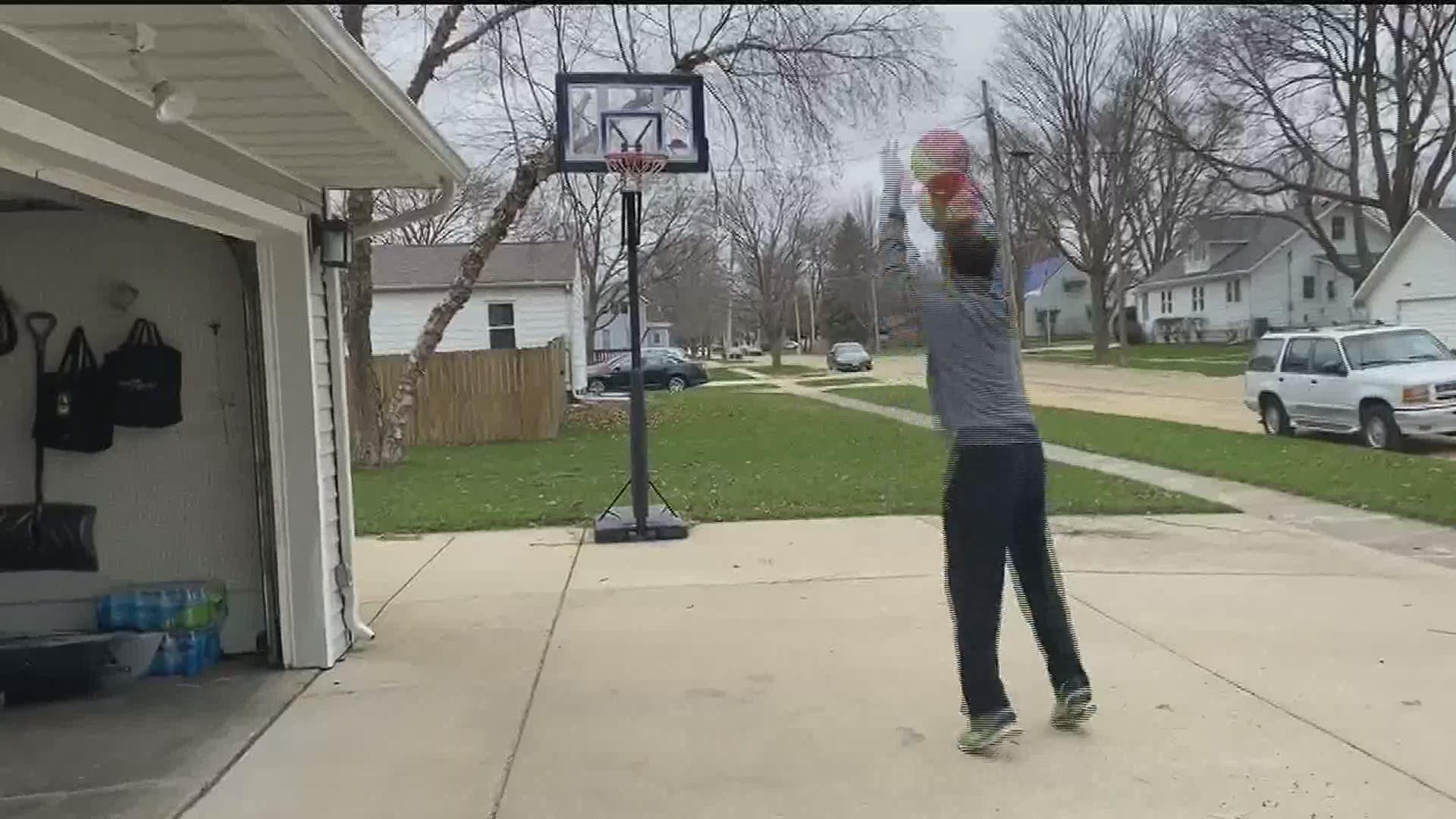 DEWITT, Iowa — Central DeWitt played its last game 30 days ago. It was a heartbreaking two-point loss in the substate finals to Mount Vernon.

"One thing we tell them is there are no shortcuts to becoming a great shooter." said Grady Gallagher, Central DeWitt's Head Coach.

Less than a month since that loss, the Sabers have been hard at work for next season.

"You have to put the time in," said Gallagher. "You have to develop that repetition and that confidence and you just gotta get shots up whenever you can."

Gallagher knows nothing will come easy last season, as the Sabers graduate a solid group of seniors. He's not making it easy for his returning players either.

"It's not just shooting," said Gallagher. "It's trying to make and become better and giving yourself confidence with a sense of improvement is really big."

Gallagher has challenged his players to make 3000 shots before the break from school ends.

"That's a physical thing you can look at and prove to a coach or a parent or even yourself of just 'Am I getting better?'" said Gallagher. "Here are the numbers to show you and it just shows the time and dedication and commitment you have to the game."

Gallagher drew inspiration from one of his junior players who was putting in the work on his already.

"I said this is really good, you might have given me an idea." said Gallagher.

That idea turned into "Swishes for Social Distancing". The player that inspired the idea was junior Mac Zevenburgen.

"It's the easiest thing to lose, fall out of habit and get sloppy footwork and hand placement," said Zevenburgen. "You have to stay and do it consistently in order to keep it to the best of its ability."

Zevenburgen and his teammates have jumped on board with the "Swishes for Social Distancing" challenge, getting as many shots up as they can from home.

"Knowing that they're gonna be shooting they're not gonna be slacking off," said Zevenburgen. "I gotta get myself better too. I'm just trying to make sure no one passes me. It's kind of my competitive side."

"When you're out shooting in the drive way, the rest of your problems aren't at the front of your mind." said Gallagher.

It's also a way to escape.