At the 2014 Quad Cities Marathon, a first-of-its-kind relay will feature 26 runners hoping to shed light on an often-misunderstood disorder. 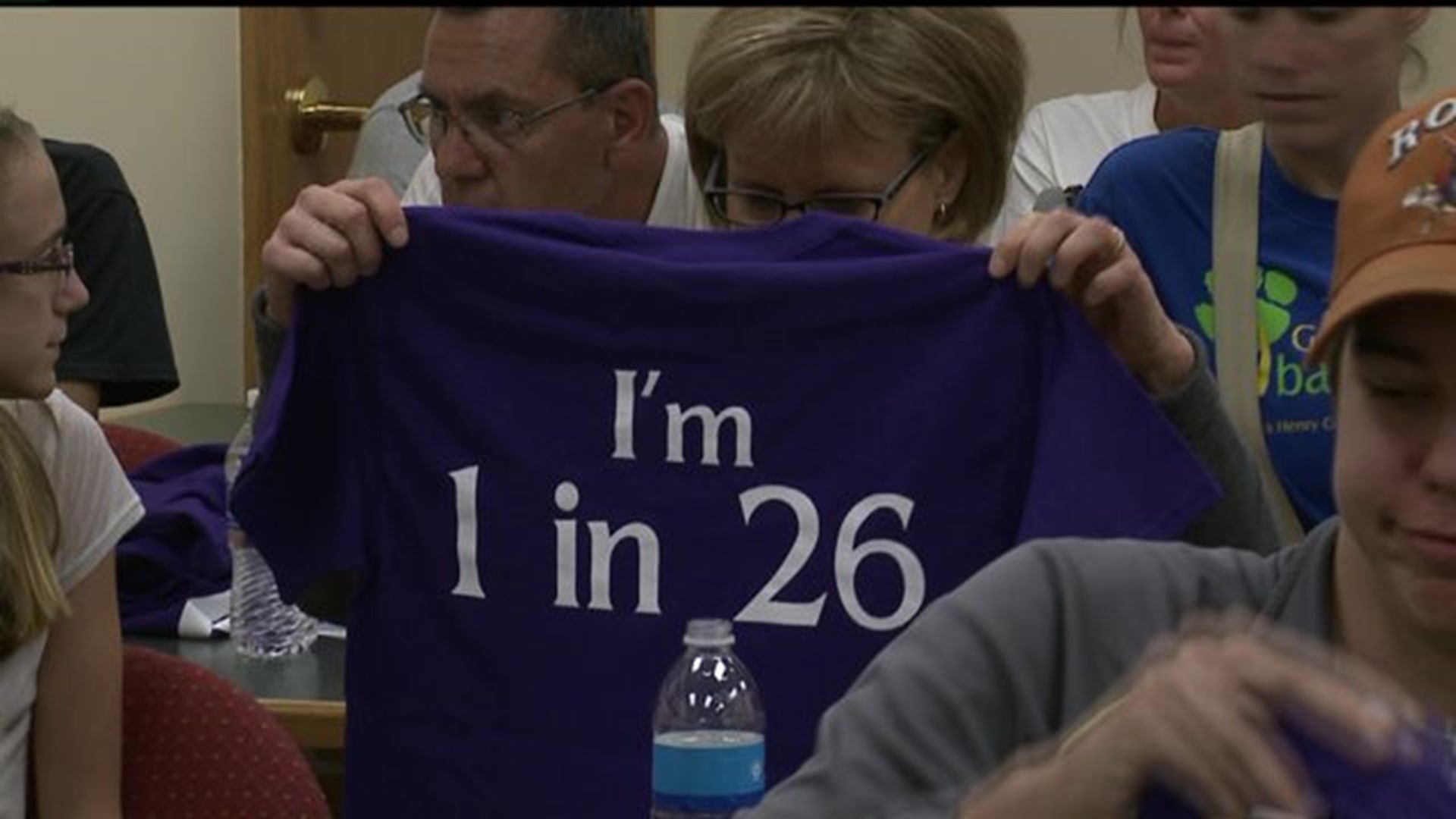 At this weekend's Quad Cities Marathon, a first-of-its-kind relay will feature 26 runners hoping to shed light on an often-misunderstood disorder.

Those 26 runners represent the one in 26 people who will have epilepsy at some point in their lives.

Team members say it's a statistic that many still find shocking.

"They're surprised about the numbers, how many people actually have or will have a seizure. The number's just huge when they think about it that way," said Mike Ponsetto, who has epilepsy and will run the team's first leg Sunday.

"I'm just excited for this whole race, for our team," said Ponsetto.

At a team meeting Monday, members said that they hope this unique relay will increase awareness for the disorder. Epilepsy is the fourth most common neurological disorder in the U.S. behind migraine, stroke and Alzheimer's, and statistically, there are nearly 14,700 people in the Quad Cities that are likely to develop epilepsy in their lifetime.

Tyler Malnar has had epilepsy since he was 9 months old, and said it's more common than many realize.

"There was another friend back when I was in college earlier this year that had seizures. I'm like yeah, I'm not the only one!" said Malnar.

Sunday, each runner will wear a purple shirt with the Epilepsy Foundation flame on the front and the words "I'm 1 in 26" on the back.

"People will see us out there and first of all realize that people with epilepsy can do anything. We are out there and we are strong, and these people are saying, 'Hey, I have epilepsy. I am 1 in 26, and it's okay,'" said Monta Ponsetto.

The Quad Cities Marathon steps off on Sunday at 7:30 a.m. from the John Deere Commons in downtown Moline.