Don't let the pink gloves, sticks, laces or ponytails fool you. These young ladies are tough as nails. 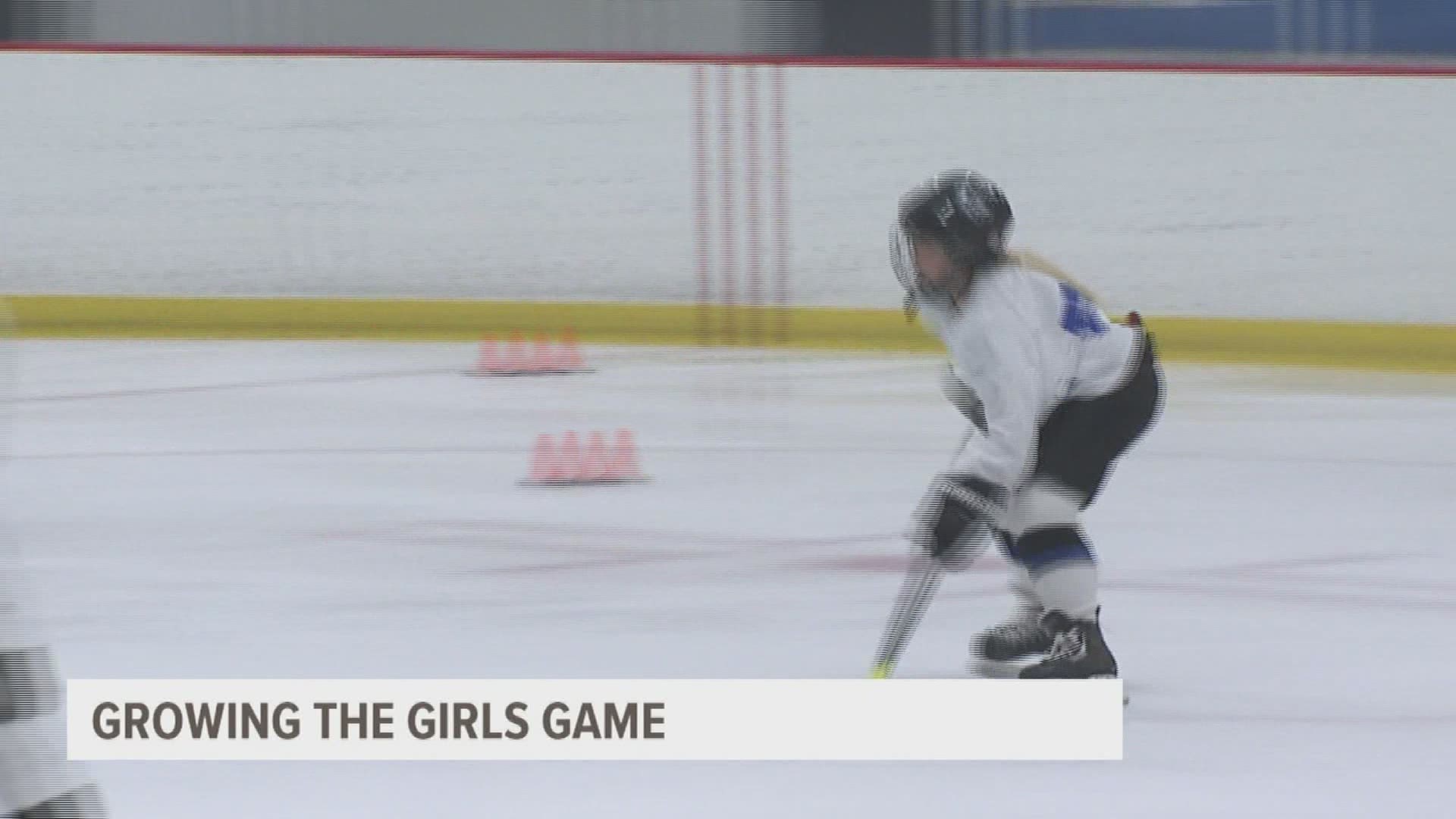 "Just the fact that it's been seen as predominantly a rough sport," said Eric Houy, coach of the Quad City Ice Eagles.

The path to becoming a skilled girls hockey player can be even harder.

Don't let the pink gloves, sticks, laces, and ponytails fool you. These young ladies are tough as can be, just take the Stone sisters, Miyoung, 10, and Mikyong, 9, for example.

"I was nervous that I'd fall a lot," said Miyoung.

"It feels amazing," said Mikyong. 'It just takes away all the stress and makes me feel happy."

They, like others, have been playing for years. But girls in the Quad Cities haven't always been able to play with their peers.

"About three years ago we started organizing girls only hockey events and we had our first team two seasons ago," said Angela Ploegman, Director of Girls Hockey and Recruitment for the Quad City Hockey Association. "Eighty percent of them feel more comfortable playing together. They feel more confident playing together."

They have the numbers to do so now, too. Only about 17 girls played three years ago. Now, they're up to 50.

"I wanted to try it out, it seemed really fun." said Sophia Colombari, 9.

"I think it keeps girls in the game longer because they see there are opportunities for them to be competitive and have a social group of their peers at the same time like they do with other sports." said Ploegman.

They're breaking barriers for the next generation and inspiring other girls to play hockey without even knowing it.

"If I fall down, I get back up because I just want to follow my dreams." said Miyoung.

Her dreams and others', too.

"I think it's great that more girls are rising to the challenge and saying, 'Hey, we can play a sport that the boys can,'" said Houy. "Quad City girls hockey is a force to be reckoned with."

They're showing no signs of slowing down either.

If your daughter is interested in participating in girls hockey, the Quad City Ice Eagles are opening registration in mid-August. Head to their website for more information: https://www.quadcityhockey.com/.