A phone. A football. An app. That's all it took for two Silvis boys to get the NFL's attention

The boys' videos even landed them NFL commercials. 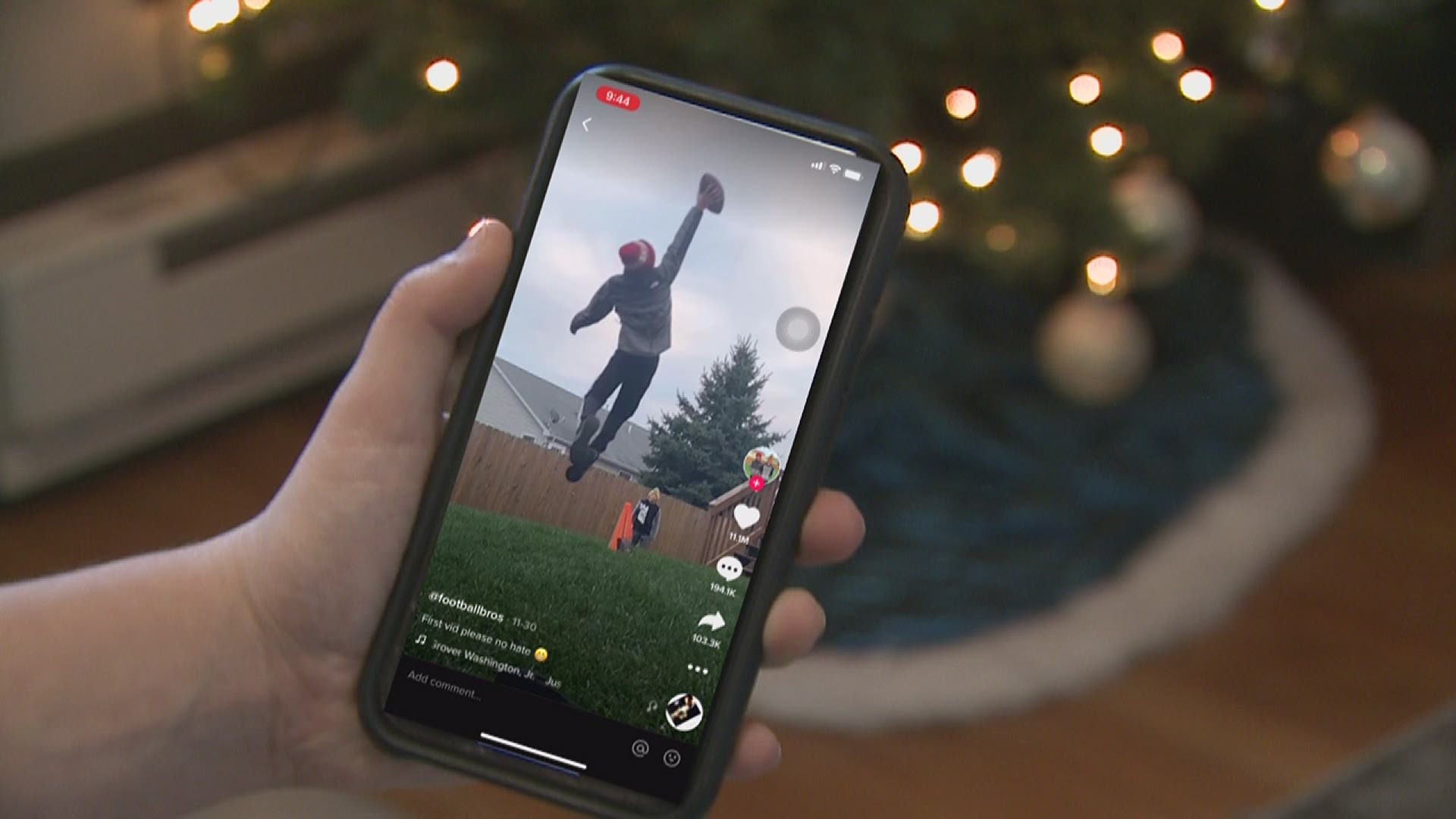 On a Monday afternoon, you can find best buds Zach Darras and Carter Ramsey slinging the football around and making up trick plays.

"We just got bored and played outside and played football." said Ramsey, 13.

One-handed catches, 360 degree spins, or through the legs: you name it, they've probably done it.

"We got a couple off the internet, but most of them are what we think of," said Ramsey.

Then they started filming them.

"We started recording it because it looked cool in slow motion," said Darras, 12. "So we recorded it in slow motion and it looked pretty cool so we decided to post it on TikTok."

TikTok is the latest and greatest phone app that features an endless feed of short videos catered to your personal interests. The app has inspired dozens of viral video trends and sports is no exception.

It didn't take long for their videos, set to the tune of "Just the Two of Us" by Bill Withers, to blow up.

They call themselves the "Football Bros", pulling in 2.3 million followers all over the world, and have millions more in video views, like, shares, and comments.

Believe it or not, the NFL is taking notice and so are its teams. The Panthers, Lions, Steelers, Browns, and Chiefs all leaving comments for the boys on their videos.

"We didn't expect that," said Ramsey. "I was really surprised."

It isn't always fun and games.

"It just depends what we're trying to do," said Darras. "Like the 360 took probably the most tries. The one-hand took about 20 tries."

But these videos have landed the kids commercials.

"I got a bunch of messages on my phone that said, 'Oh my god, you're on a commercial'" said Darras.

One of the spots even put them side-by-side with the Vikings' Adam Thielen who had a stunning one-handed grab earlier this season. But no matter how many views, likes, shares, or comments the kids get, it's about more than just making videos.

"Since we can't do a lot of things, it's good to know we can play football in the back yard." said Darras.

They'll always have football...just the two of them.