Matt Stutzman was born without arms but he boasts he can do anything anyone else can do – including competitive archery. 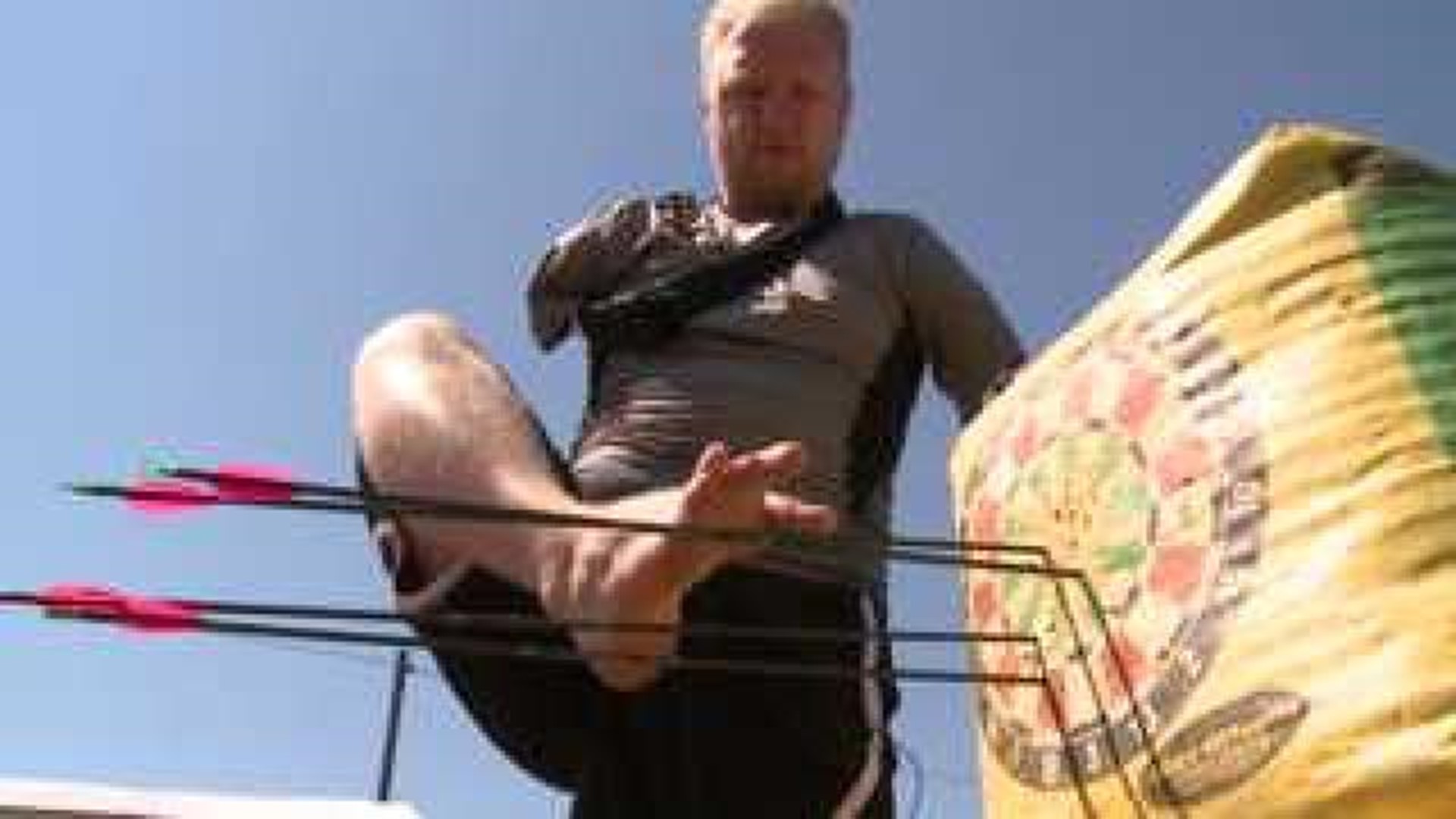 The 29-year-old lost 6-4 in the finals to Jere Forsberg of Finland.

Matt Stutzman, 29, was born without arms.

This father of three has spent his whole life using his feet as his hands.

"I feel like I have a gift, I was born with a gift," says Stutzman.

Matt boasts that he can do anything that anyone with two arms can do, in fact there's one thing he's certain he can do better than you.

"Hands down, the way I shoot is by far the best. The best ever," jokes Stutzman.

For the next five days Stutzman will be representing the United States at this year's Paralympic Games.

Without use any special equipment Stutzman has become a rock star of sorts within the world of competitive archery.

"During trials I missed the world record by one point," says Stutzman.

He shoots full-time, practicing for a minimum of eight hours a day.

In fact, you may have already seen him at work. This year he, and fellow Iowan Lolo Jones, were selected as two members of a nine person team of standout athletes sponsored by BP.

This will be Stutzman's first Paralympic Games.

Up until two years ago he'd hardly even shot a bow, until a friend invited him to compete in a local tournament. Ever since, he's hardly put it down.

"I basically crammed a lifetime of shooting into two years. I like to look at it as I have probably 40 percent less moving parts to get worn out," says Stutzman.

Stutzman's considered a favorite to win a Paralympic medal, although he's reluctant to make any predictions or promises.

Instead he says he's just trying to make the most of what's been given to him.

"I feel like i have a gift, I was born with a gift and it was to shoot archery and I'm just trying to take advantage of that situation," says Stutzman.