Staff and students at Black Hawk College are digging through trash to improve recycling on their campus. 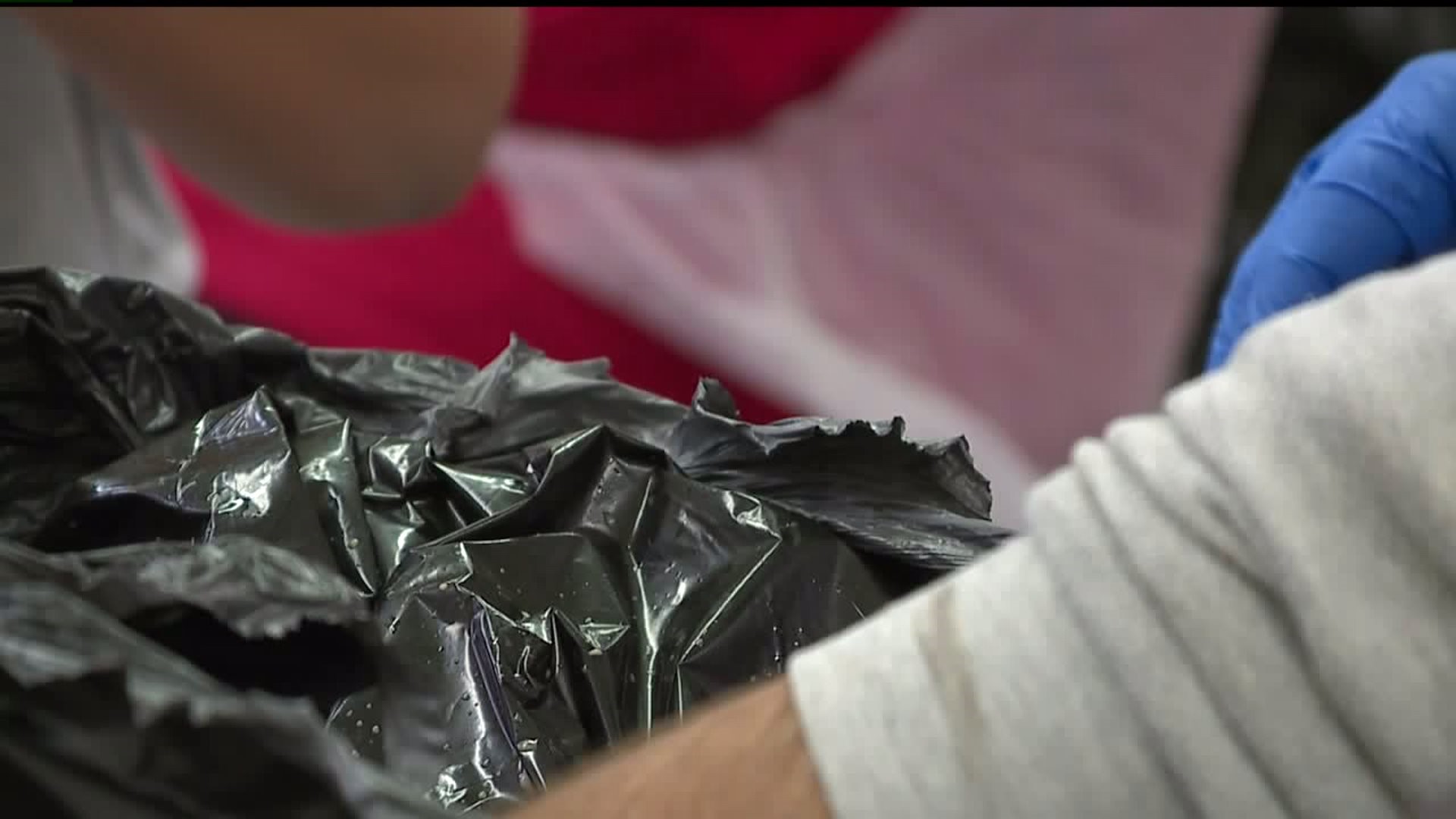 MOLINE, Illinois -- Staff and students at Black Hawk College are digging through trash to improve recycling on their campus.

It's part of state-required research to determine how much of what's thrown away is actually recyclable, according to David Shelangouski who's leading the project.  It's something they have to do every five years.

Shelangouski said they were sifting through about 40 to 50 bags of trash per day during the week of November 18.  As they sort, they organize what should have been recycled into the proper bins and ultimately weigh what they've found.

That's how Shelangouski said the college gets their numbers to then make a report for the state.  It's estimated that about 25% of the trash they are sifting through was actually recyclable materials.

"We're doing well but we can always do better," he said.

In the early 1990s, Illinois required Black Hawk to reduce their waste by 40% by the year 2000.  Shelangouski said they met that goal and continue to improve.