VERIFY: What happens in Illinois when Daylight Saving Time ends on November 1?

We're verifying what the end of Daylight Saving Time means for people living in Illinois. 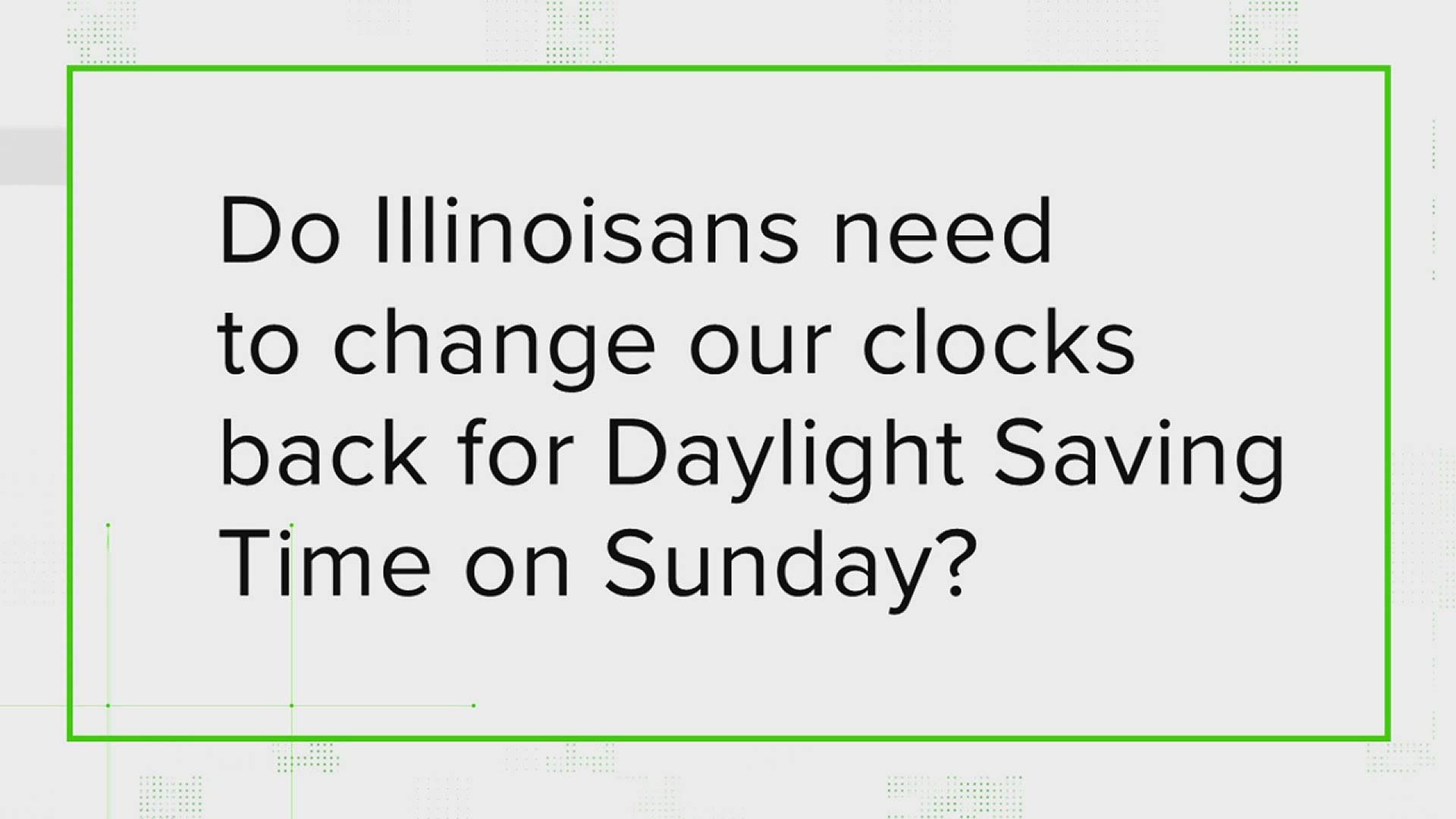 MOLINE, Ill. — Sunday, November 1st, marks the end of daylight saving time, and there's a lot of confusion for what that means for people living in Illinois.

So, we're verifying this frequent question: Do Illinois residents need to turn their clocks back one hour for the end of daylight saving time on Sunday?

Our main sources are the Uniform Time Act of 1966 and the National Conference of State Legislatures. We also viewed pending legislation o the Illinois General Assembly's website.

The U.S. first adopted daylight saving time in 1918, according to the National Conference of State Legislatures.

Then, in 1966, the federal government passed the Uniform Time Act. Still used today, the act allows states to individually opt out of turning their clocks back and forth, twice each year.

Two states opted out: Hawaii and Arizona. However, the Navajo Nation in Arizona does observe Daylight Saving Time, along with the 48 other states.

The Uniform Time Act of 1966 outlines the specific days for "falling back" and "springing ahead." It also provides the framework for how daylight saving time works in the U.S.

However, here's where the confusion begins for people living in Illinois.

Illinois lawmakers are trying to change state law to recognize daylight saving time year-round. That would mean the people of Illinois would not have to change their clocks back and forth each year.

The Illinois Senate passed a bill in 2019. But that legislation, Senate Bill 533, stalled in the House Rules Committee, according to the Illinois General Assembly's webpage associated with the bill.

Then, in January 2020, the Illinois House proposed its own bill to make daylight saving time permanent in Illinois. That bill, HB4219, never made it to a vote in the House, stalling in the Rules Committee, according to the Illinois General Assembly's webpage associated with the bill.

The Illinois Senate has not proposed a new daylight saving time bill in 2020, according to a records search on the Illinois General Assembly's website.

So we can verify, yes, Illinois residents need to change their clocks back one hour on Sunday morning.