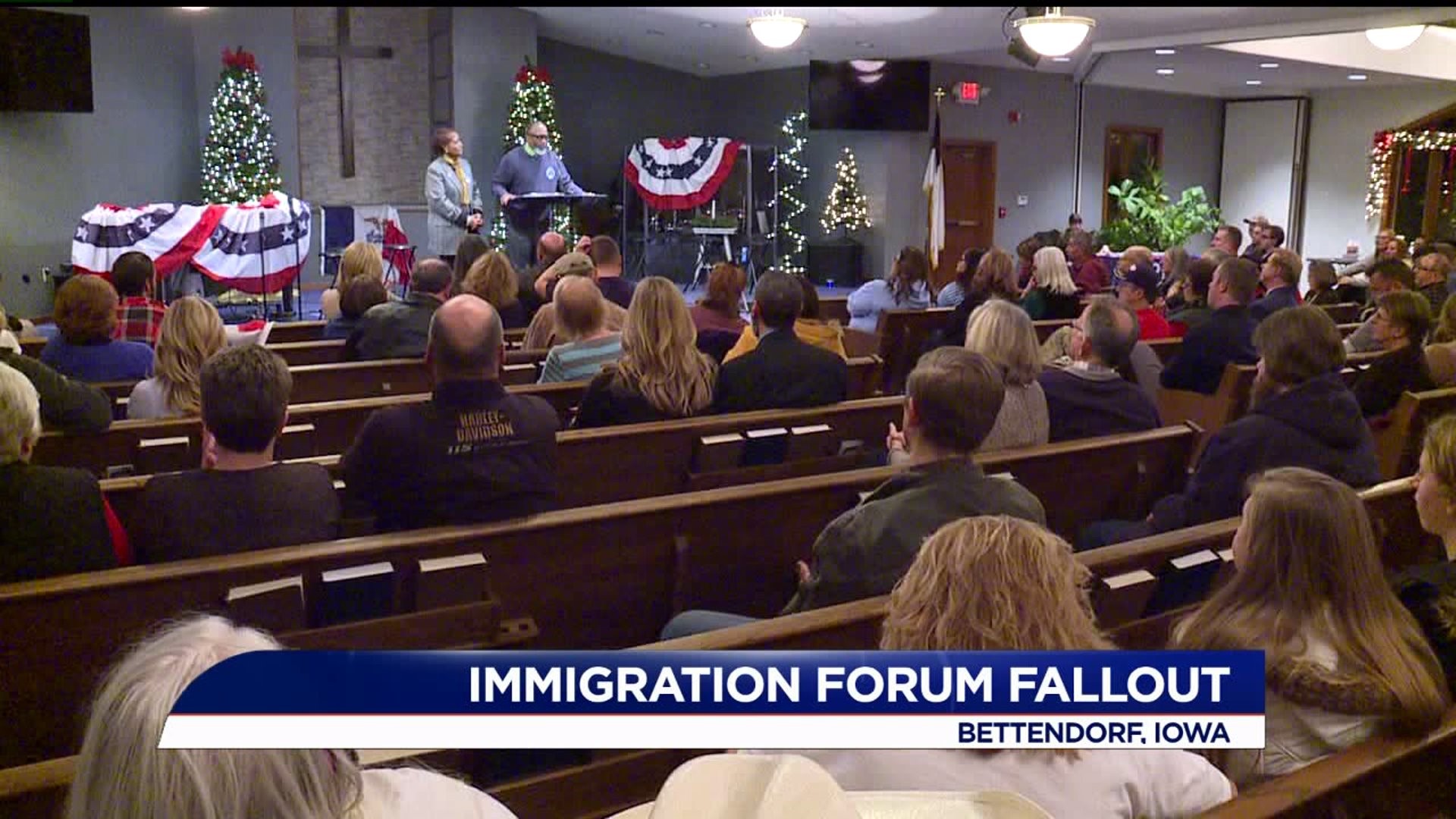 BETTENDORF, Iowa -- Iowa congressional candidate Bobby Schilling has fired his campaign political coordinator. The blowback comes after an immigration forum at a church in Bettendorf on Monday that featured a far-right activist with links to nationalists.

Schilling, a Republican candidate for Iowa's 2nd District, told News 8 he fired his campaign field director Michael Sisco, after it became clear to him that Sisco allowed far-right activist Nicholas Fuentes to speak at the forum.

"There`s no room for hate and any of that stuff," he said. He condemned Fuentes' presence and his remarks Monday night. "This guy was infiltrated into this program unbeknownst to anyone that was there."

Fuentes, a self-described nationalist media personality, was not on the evening's published program, organized by the Scott County Teenage Republicans. But Schilling said only Sisco and one other person not affiliated knew about Fuentes' presence ahead of time.

"As everyone thought the event was over, a speaker came out from the basement of the church and got up and started speaking."

"And then as we listened to him for about 7-8 minutes, it was like, what is this guy talking about? He’s definitely not anything that the Republican Party stands for," he said.

Other speakers, including Schilling's opponent, Mariannette Miller-Meeks, who also spoke at the event, have issued statements condemning the controversial speaker.

“I’ve spent my life and career trying to treat everyone with the same respect that I would want to be treated with. As I said yesterday, I wasn't aware who Nick Fuentes was or what he represented. Had I known, I would not have attended and I certainly would have encouraged the Scott County Teenage Republicans to cancel his appearance. He stands for hate speech. His views are racist and anti-Semitic and they in no way reflect my own. There is no room in this country for racism, anti-Semitism, xenophobia and hate. I celebrate people of all backgrounds.”

Schilling said Michael Sisco admitted he was responsible for bringing Fuentes in. He said he hired Sisco at the beginning of November. During the hiring, "we ask if you’re affiliated with any hate groups. We also check all their (social media) content," but he found no red flags. It wasn't until he and others began digging after the forum that his son discovered a hate tweet Sisco posted after he was hired, Schilling said.

"As soon as I got that, I terminated anything to do with him and he was done at that moment."

Athena Galbraith, a Davenport mom, was not at the event, but learned about it in the media. She said she felt compelled to speak out.

"It was scary that it hit close to home." She said her concern was not just Fuentes' presence, but the general rhetoric against immigrants at the forum.

"They were issuing hate statements against immigrants and illegal immigrants."

"If you’re Christian, if you go to church, you know that everything that was said that night goes against everything you know, as far as Christianity. This is not the place for that. The Quad Cities are a diverse beautiful inclusive community. This is the place we celebrate each other's differences, we don’t hate."

She plans to organize a protest against hate on Sunday at 9am at Pleasant View Baptist Church.

Pastor Ed Hedding of Pleasant View Baptist Church said a last-minute venue cancellation led to his church being used for the forum.

"We did not plan nor organize the event. Nicholas Fuentes’ presence was a surprise to us and the entire audience. His veiled speech masked ideas that are quite unchristian and unsupported by Pleasant View Baptist Church," he said in a statement. 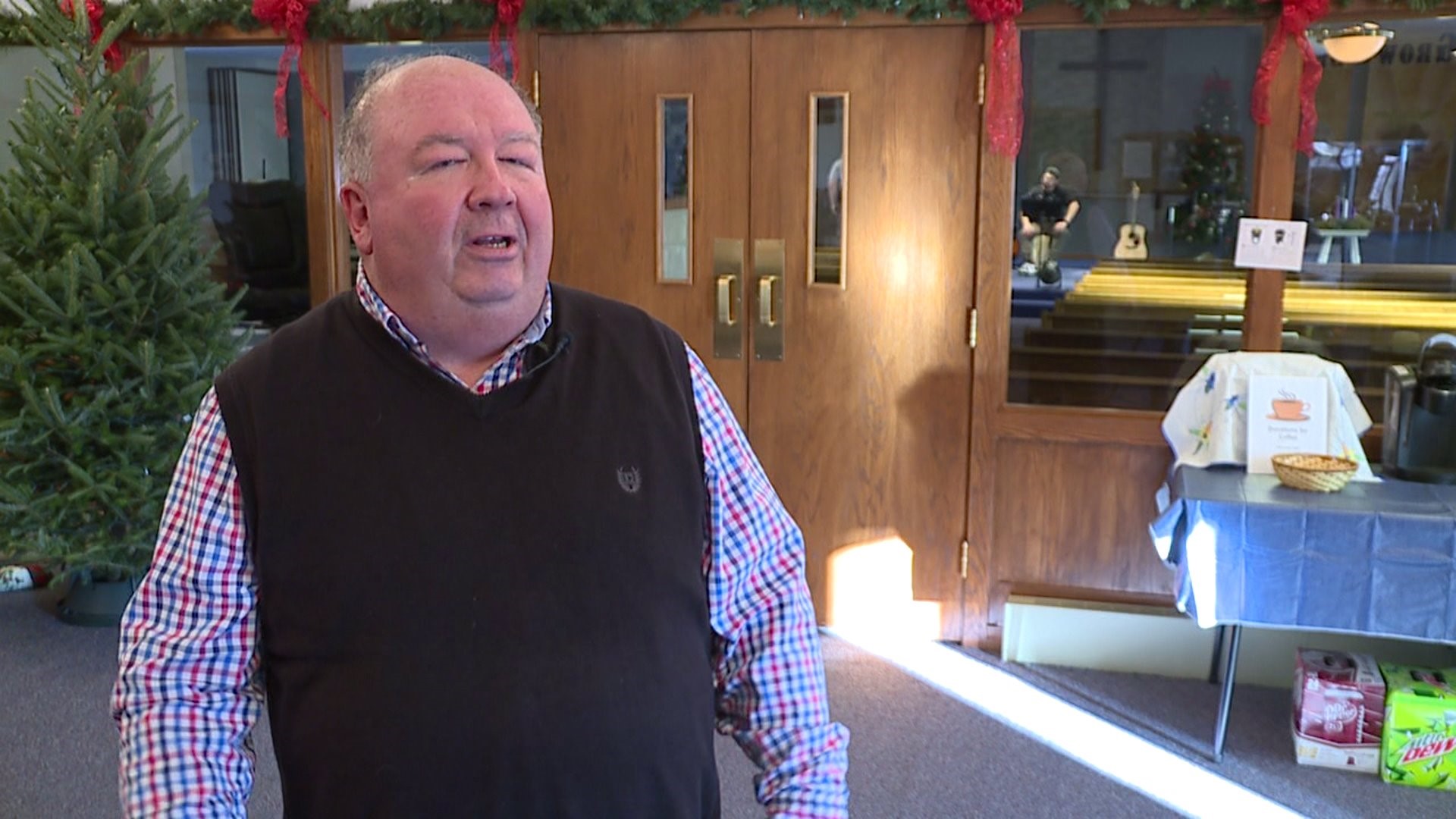