DAVENPORT, IOWA  —  The owner of Shenanigans in downtown Davenport says the bar will close it’s doors at the end of the year. Owner, Donnie Davison,... 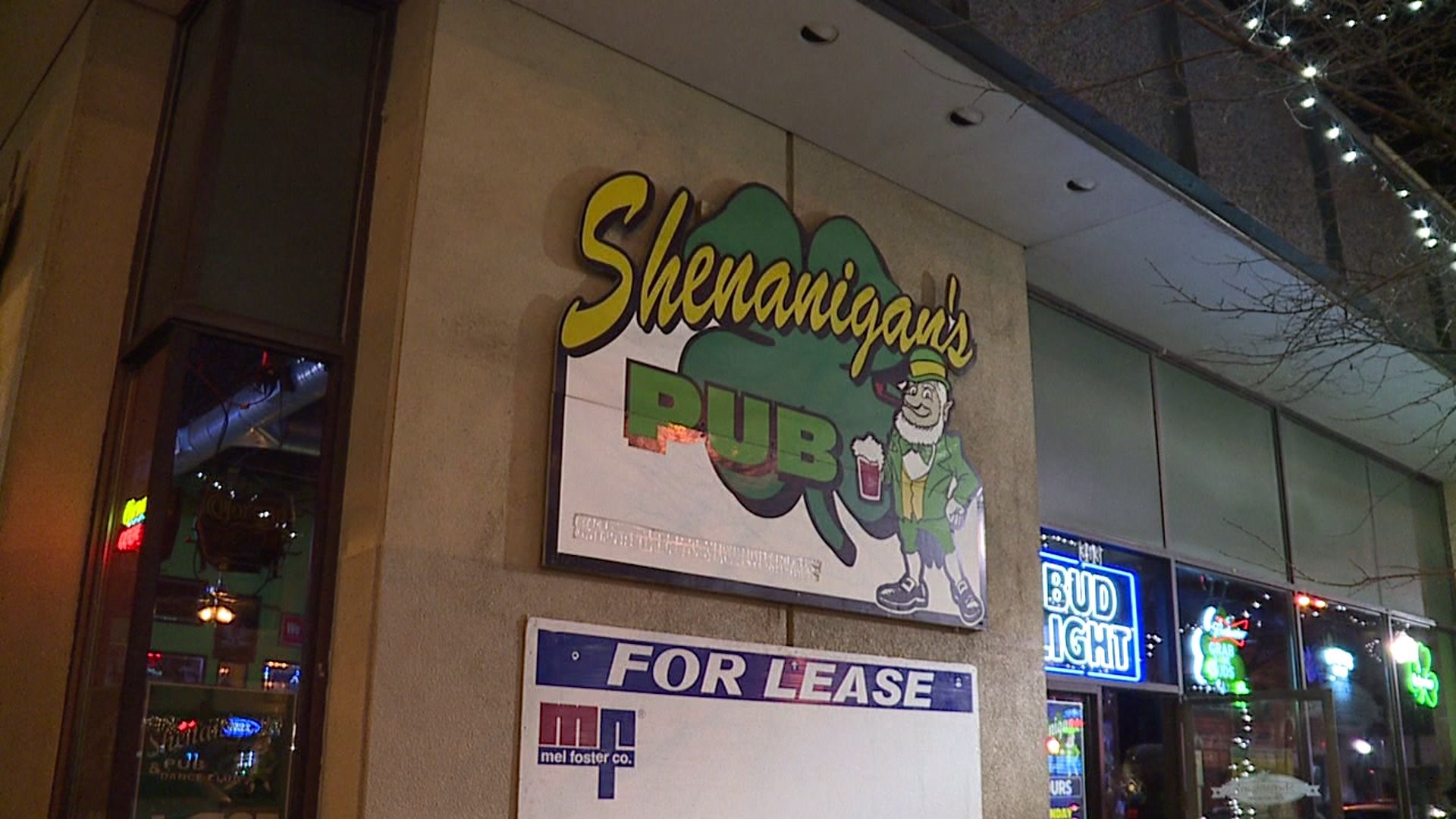 DAVENPORT, IOWA  --  The owner of Shenanigans in downtown Davenport says the bar will close it's doors at the end of the year. Owner, Donnie Davison, says New Year's Eve will be the last day in business. Davison says they won't be open that night. Customers at Shenanigans say the bar doesn't deserve the reputation.

"Everybody is close with everybody," customer Ben Kozlowski said. "It's just a great atmosphere. It's not the atmosphere that everyone has made it out to be. We don't worry for our lives walking in there.

"I think he gets the bad wrap for all of it," Cheri McNealey said. "No matter where it's at. They all treat us like family in there."

Building owners posted a for lease sign on the building last week, after a meeting with the city of Davenport. Davenport Alderman petitioned the state last week, trying to remove Shenanigan's liquor license for the fourth time.

Customers say the city is targeting the bar.

"It's unfair," Diedrich said. "They basically forced him out."

On Sunday, Dec. 1 at about 1:03 a.m., Davenport Police responded to Shenanigans on the 300 block of  3rd Street regarding a large disturbance. Officers arrived to find patrons dispersing from the business as a fight had broken out. Pepper spray was deployed by the police to scatter the crowd and stop the fight.

As police were deescalating the situation, gunshots were heard, coming from the area of 200 Ripley Street. Officers made their way to the area, but were unable to find the scene of the incident or a victim. Officers searched the area and discovered damage to the window of a nearby business as a result of the gunfire.

Davison says the shot did not happen in his bar and he doesn't know if that gun was ever even in his bar. Customers say they never questioned their safety at the Davenport spot.

"I can come late at night,"Kozlowski said. "Donnie has got metal detectors to make sure nobody is bringing in anything that they should not be bringing into the bar and I feel safe."

"When we walk in we feel comfortable," McNealey said.

"It's very sad," McNealey said. "We come here every night and we know it's closing. We want support him as much as we can until it closes."

Building owner Thad Denhartog says he is looking for a new tenant.