The Rock Island County NAACP and Illinois Quad City officers are working together to create a relationship that would focus on justice. 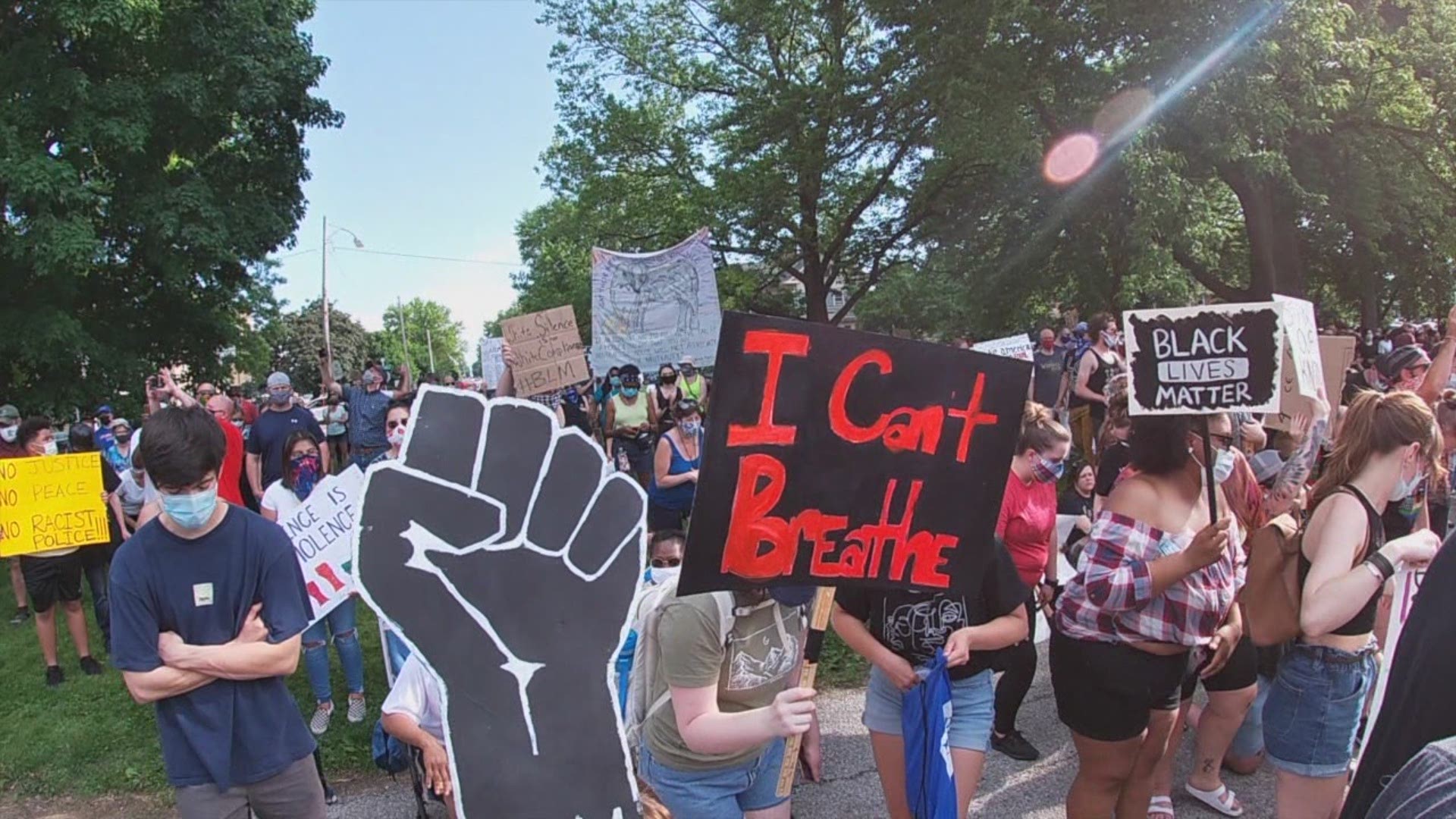 "The gaps between police officers and people of color in the Quad Cities area requires action," said a joint statement from both the Rock Island County NAACP and the sheriff's department.

"This week has been a tipping point," said Berlinda Tyler-Jamison, the NAACP's President. "We have a lot of work to do."

Jamison said the recent protests in the Quad Cities have been successful in sparking conversation. However, now, she said it is time to turn chants into change.

"The use of force is an interpretive thing," said Jamison. "But it just folds over into so many other things that have happened, here, locally."

Back in February 2019, two Rock Island County Sheriff's Deputies were listed in a lawsuit from ACLU for the use of excessive force.

"We've gotten by all these years saying, 'oh well' and looking the other way -- it's time out for that," said Bonnie Ballard, the RICO NAACP's Law Enforcement Coordinator.

A total of six officers from the Hampton Police Department, the East Moline Police Department, and the Rock Island County Sheriff’s Office were accused of false arrest, excessive detention, and excessive use of force. However, the case is still pending in the U.S. District Court for the Central District of Illinois.

"We need to have some kind of standardized use of force," said Jamison.

· Require officers to de-escalate tensions, where possible, by communicating with subjects, maintaining distance and otherwise eliminating the need to use force

· Banning officers’ use of choke hold or strangling civilians

· Restrict officers from shooting at moving vehicles, which is regarded as a particularly dangerous and ineffective tactic

· Require officers to give a verbal warning when possible, before shooting at a civilian

"We have to remember that we're in this thing together," said Ballard. "We need to make sure that we put stuff on paper."