Mitch Doty waited 22 hours in line to fill up his 10,000 gallon semi-truck with propane. When he went back Tuesday morning he was turned away indefinitely. 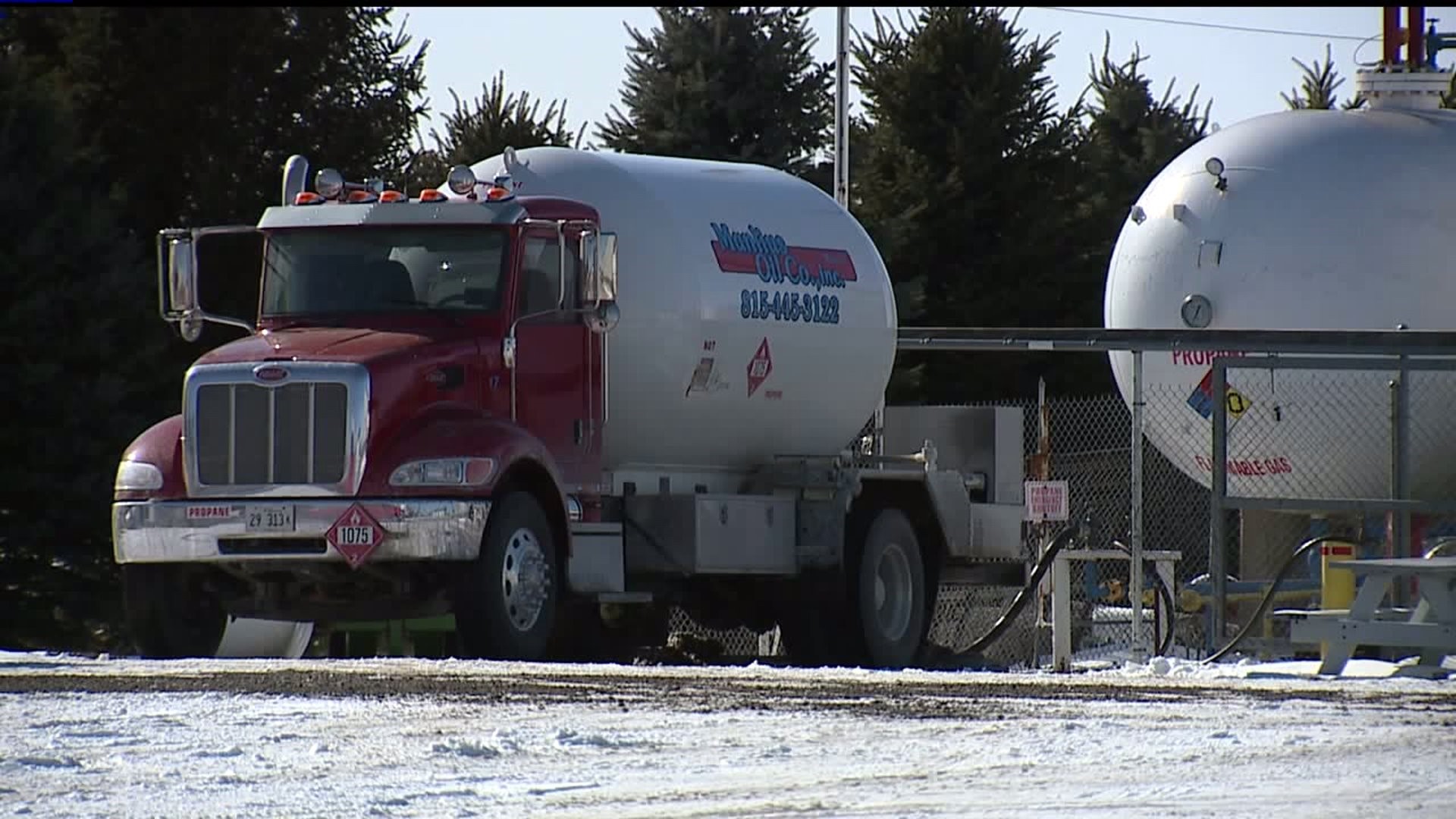 MANLIUS, Illinois – The Federal Crop Report came out Tuesday afternoon which shows more than 33% of the Iowa corn crop and 25% of the Illinois corn crop is still in the fields.

But that’s only part of the problem.  If farmers could get their corn out of the fields it would still need to be dried and on Tuesday a major supplier of much-needed propane (Bp Amoco Refinery in Morris, Illinois) announced it had no more gas to sell.

“It’s been harder than we could ever remember,” says Dan Baum, a corn and soybean farmer near Geneseo.

Mitch Doty is co-owner of Manlius Oil Company, which services 4,000 to 5,000 customers in the Quad City area down to Peoria.

“It’s been tight, but it really got tighter today,” Doty says.

He’s starting to feel the walls close in on his company’s propane supply after the Bp Amoco Refinery ran out of gas Tuesday morning.

“We just got told there is no more gas for us to get up there indefinitely,” Doty explains. “We’ve been going up there every day.  Saturday I was there for 22 hours until Sunday morning at 10:30.”

He says he could go to another terminal nearby, but they can’t keep up with the supply either.

“Tampico the terminal 15 minutes away from us gets gas once a week,” Doty remarks.

Doty has drivers make their way across Illinois daily to fill-up semis of propane they distribute to their customers, but waiting in line 16 to 22 hours takes a toll.

“It’s been harder than we could ever remember,” says Dan Baum, a corn and soybean farmer near Geneseo who is also taking a hit. “I am using three times the propane to dry two-thirds of a crop.”

He’s harvesting less but needs more propane than years past because of the wet spring and early snow.

“Our moisture is running 10% higher than they typically would this time of year,” Baum states. He dries his crop with propane he gets from Doty.

“On the way home I’ve been on the phone trying to figure what this means, whether it’s two or three weeks or what,” Doty says. “So far we have not had to allocate anybody, that might change by tomorrow.”

Since News 8 talked with Doty he says a terminal in Cordova he previously did business with ships propane from Alberta, Canada in rail cars. He says that’s his solution for now, but it’s costing him an extra $.50 a gallon or another $4,500 to $5,000 a truckload.