After a judge dropped charges against a Davenport officer for the use of excessive force, dozens rallied outside the police department protesting police brutality. 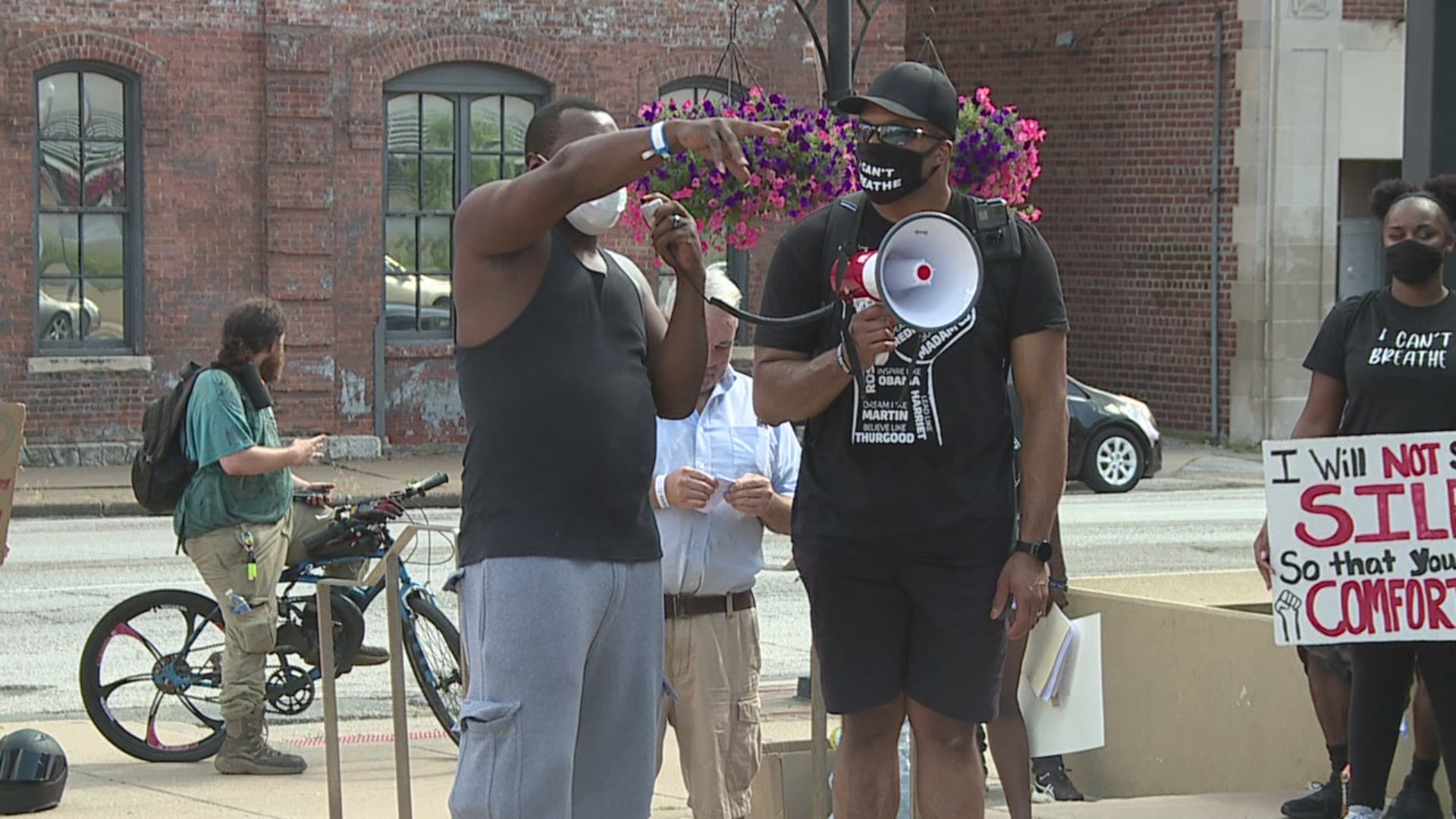 DAVENPORT, Iowa — "It’s personal and I think the solution is to speak up," said protest organizer Eric Puryear.

Puryear said he is a practicing lawyer with his own lawfirm, Puryear Law in Davenport. He said he often defends clients that are victims of police brutality.

"It is not too much to ask that the police not engage in brutality and not engage in racism," Puryear said. "That’s all we’re asking."

Puryear said he chose the Davenport Police Department as the location for his protest after a judge dropped charges against a Davenport officer.

"It was a Davenport police officer who stomped on the ankle of a person who was being held down," Puryear said. "The court found that the officer had engaged in brutality but that qualified immunity meant the officer could not be held liable."

A total of five officers were listed in the lawsuit for the use of excessive force back in 2015. Those officers claimed the man was resisting arrest by laying face-down on his hands.

"We need these police to be trained better to deescalate a situation instead of escalating a situation," said speaker Henry Hodges.

Hodges and other organizers called for better force and racial bias training for all local departments. Hodges also called for external investigations to be conducted on cases of excessive force within the department.

"Those records need to be public," Hodges shouted into the megaphone. "We can't be that scared to live just an average everyday life."