The pay-what-you-can concept is about nourishing the body and building community at the same time, says founder Laura Mahn. 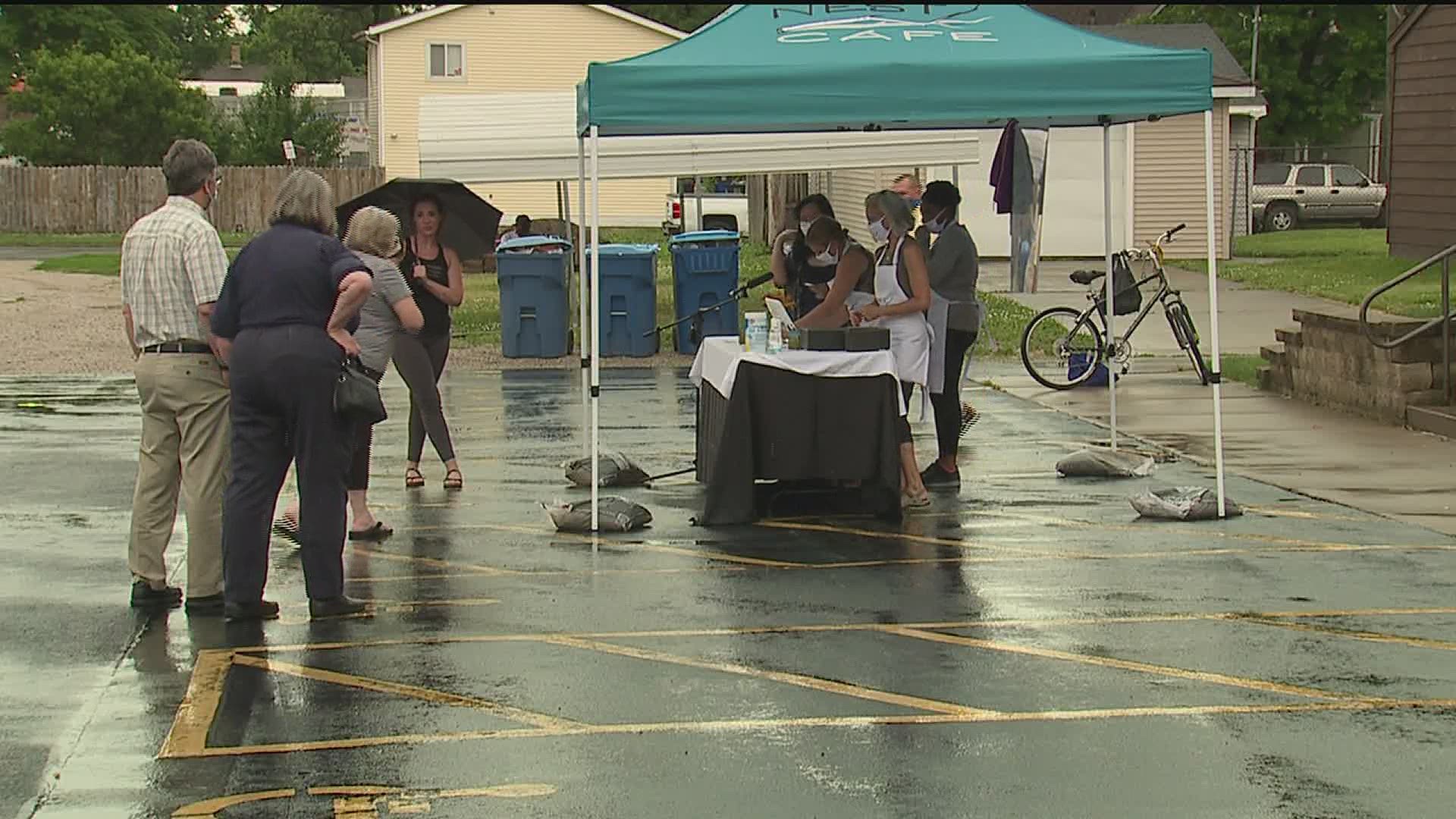 ROCK ISLAND, Illinois — A pop-up restaurant was open for just a few hours on Monday, but for NEST Café founder Laura Mahn, the pay-what-you-can concept was a dream she has nurtured for 10 years.

"NEST Café is a pay what you can restaurant."  the pastor turned non-profit restaurateur said. "It has been a dream of mine for a long time."

Little did she know that others shared her dream. Mahn soon found a network to support her dreams: NEST is a member of the One World Everybody Eats Network, which is made up of restaurants that let people pay what they can for a meal or work in the restaurant to cover it.

NEST stands for Nourish Everyone Sustainably Together.

"The goal is to get good food, real food, to everyone regardless of if they can pay for it or not.

At Monday's pop-up, a trial phase while Mahn and her team secure a permanent location for the restaurant, volunteer chef cooked up fresh locally sourced summer vegetables, and naturally raised chicken. The legumes come from within 80 miles of the Quad Cities, Mahn said.

She explained that the restaurant was not a food give-away, because the concept is grounded in the notion taht everyone has value to give.

"I think people feel good about it, when they can pay something, even if it’s not as much as the suggested donation," she said.

Run as a non-profit, she said the café would rely on sponsors and fundraiser, but the pay-what-you-can or volunteer-in-exchange-for-a-meal model promotes community ownership.

"The aim is to have roughly 50 percent of the people paying the suggested donation price or more, which allows for the other 40 percent to pay less or work in exchange for a meal," she said.

"We want to break down that barrier between who’s serving and who’s being served, and just have everybody be part of the effort," she said. "If someone is volunteering whether it’s because they want to be there volunteering or whether it’s in exchange for a meal, they’re part of feeding other people. They have ownership in NEST Café.

Angela Swanson-Lemke, a hairdresser who was off work for 11 weeks due to the COVID-19 mandated shutdowns, brought her kids out to support the community effort. She immediately bought-in on the concept.

The NEST Cafe has its' next pop-up restaurant event on August 3 and 31st. The location is yet to be determined, but follow them on Facebook to stay updated.