Three witnesses are set to testify in impeachment inquiries at 8 a.m. Watch live here or on News 8. Ambassador Gordon Sondland is the most anticipated witness a... 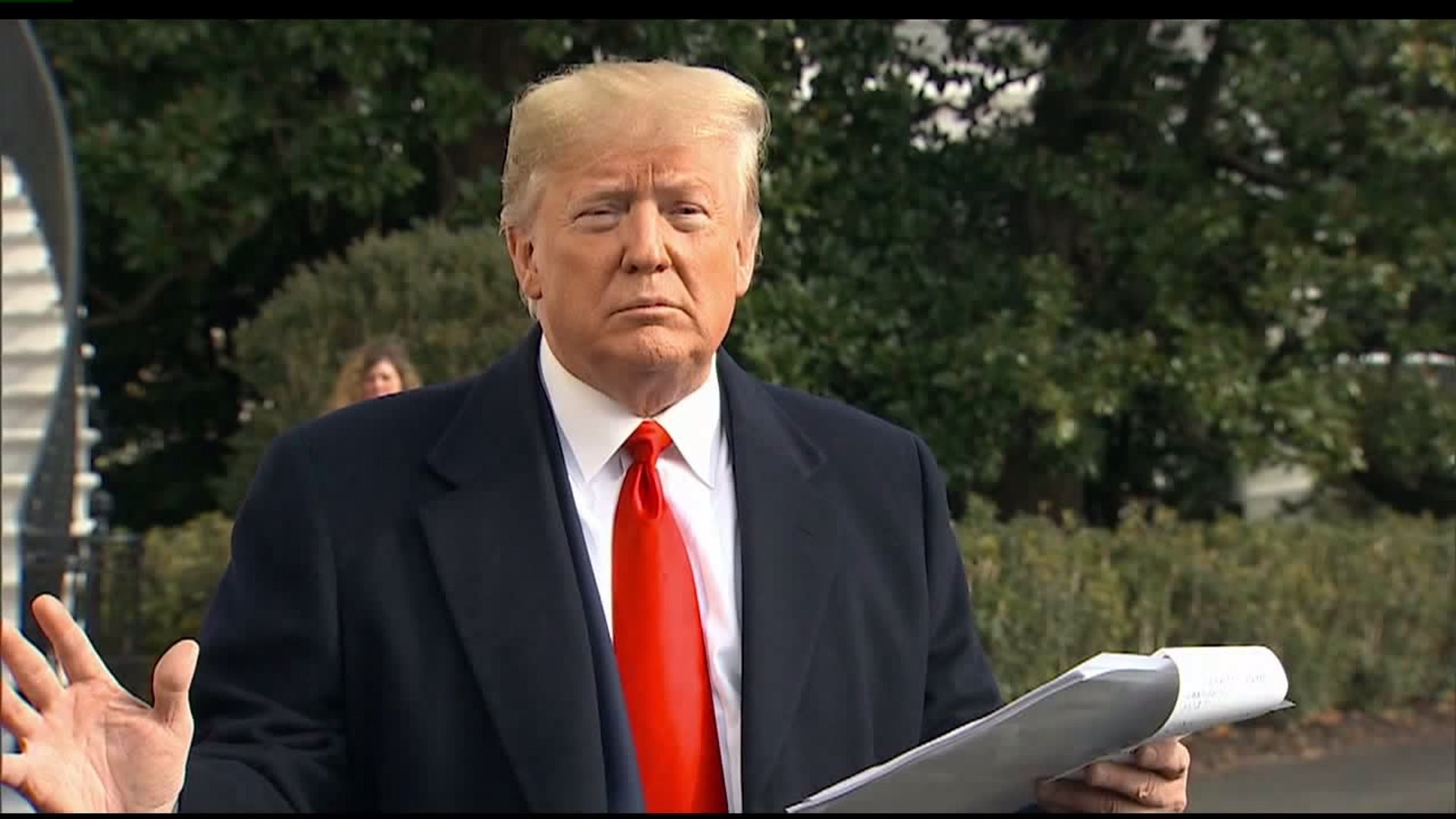 (CNN) -- After explosive morning testimony directly linking President Donald Trump to an alleged "quid pro quo" in Ukraine, two government officials will tell lawmakers what they knew about the "quo" -- US security assistance -- as well as the circumstances surrounding its holdup.

Wednesday's second public hearing will pair longtime Pentagon official Laura Cooper with David Hale, the undersecretary of state for political affairs, for what's expected to be a technical exploration of how the aid was held up and how US policy in Ukraine was hijacked by the President's personal attorney Rudy Giuliani.

In her closed deposition last month -- which was delayed for several hours as some House Republicans attempted to storm the secure hearing room -- Cooper told the impeachment committees she came to had learned over the summer that US assistance to Ukraine was being held up for reasons that weren't entirely clear.

In her role as deputy assistant secretary of defense for Russia, Ukraine and Eurasia, Cooper helped orchestrate US strategy for bolstering Ukraine's military, a bulwark against Russia. She played a coordinating role in managing the financial and military assistance Congress approved -- and participated in meetings when the aid was held.

She testified that some fellow officials had raised questions about whether the hold was legal.

A detail she revealed in her private interview undercut a key argument from the White House: that there could be no "quid pro quo" if the Ukrainians didn't know the aid was frozen. She says she had a "very strong inference" they did know.

Hale, her partner in Wednesday's hearing, will offer more details about the ouster of Marie Yovanovitch, the onetime US ambassador to Ukraine. The number-three official at the State Department, he testified privately earlier this month that he had advocated for Yovanovitch as Giuliani was orchestrating a smear campaign against her. But ultimately he did not push for a public statement of support.

"It would be better for everyone, including the ambassador, to try to just move past this," he said.