Voters in Davenport have elected Mike Matson as the new mayor of Davenport. 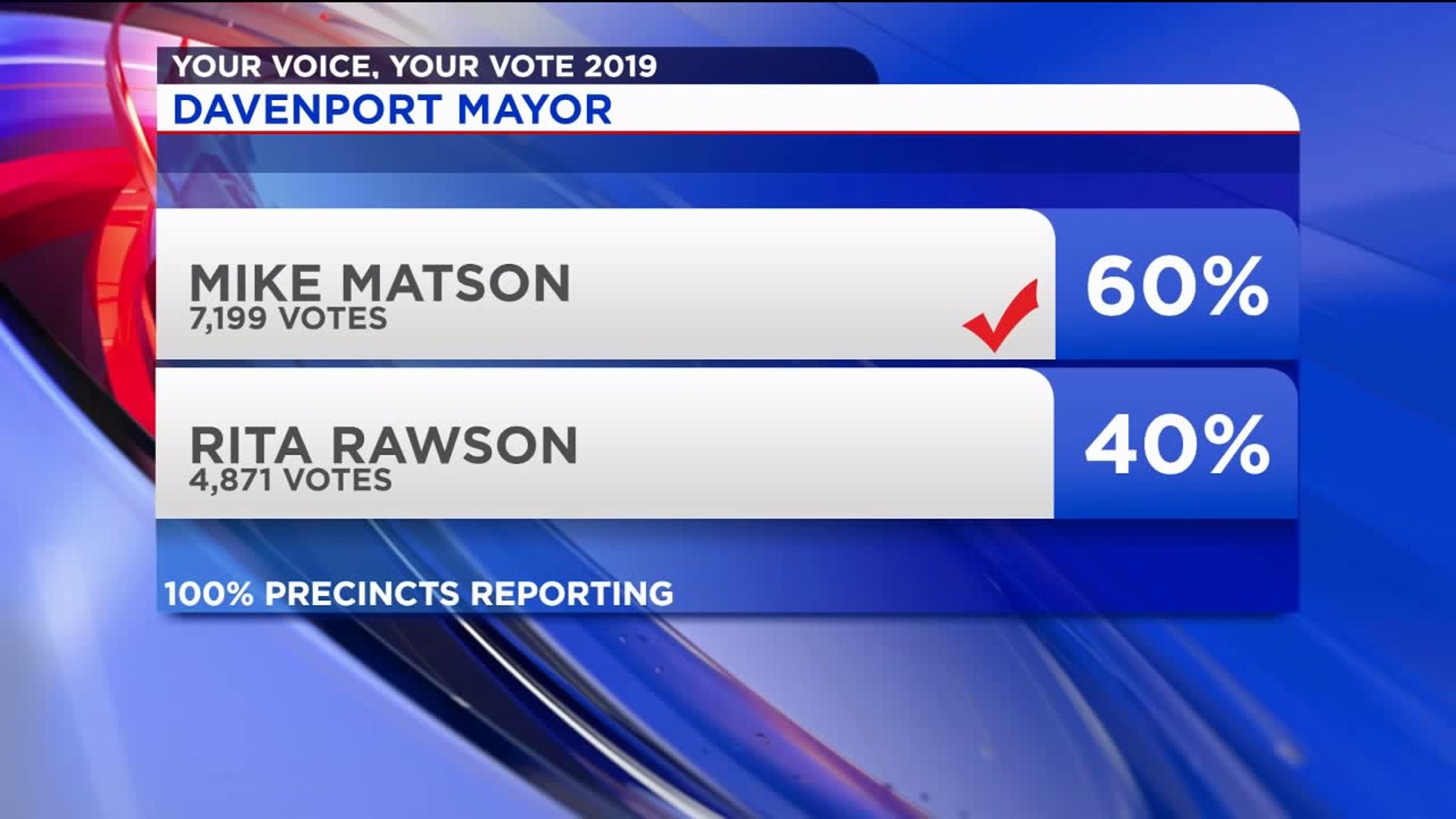 DAVENPORT, Iowa -- Voters in Davenport have elected Mike Matson as the new mayor of Davenport.

Alderman Matson defeated his opponent Alderwoman Rita Rawson after getting 59.64% of the vote.  As of 9:00 p.m., unofficial race results showed that Matson got 7,199 votes and Rawson got 4,871 votes.

Six candidates ran for the position after Davenport Mayor Frank Klipsch announced in December of 2018 that he would not seek reelection.  That field of six was ultimately narrowed down to Matson and Rawson after a primary election and a recount.