Asked earlier if the summit would yield a political declaration to end the Korean War, Trump said, “We’ll see.” 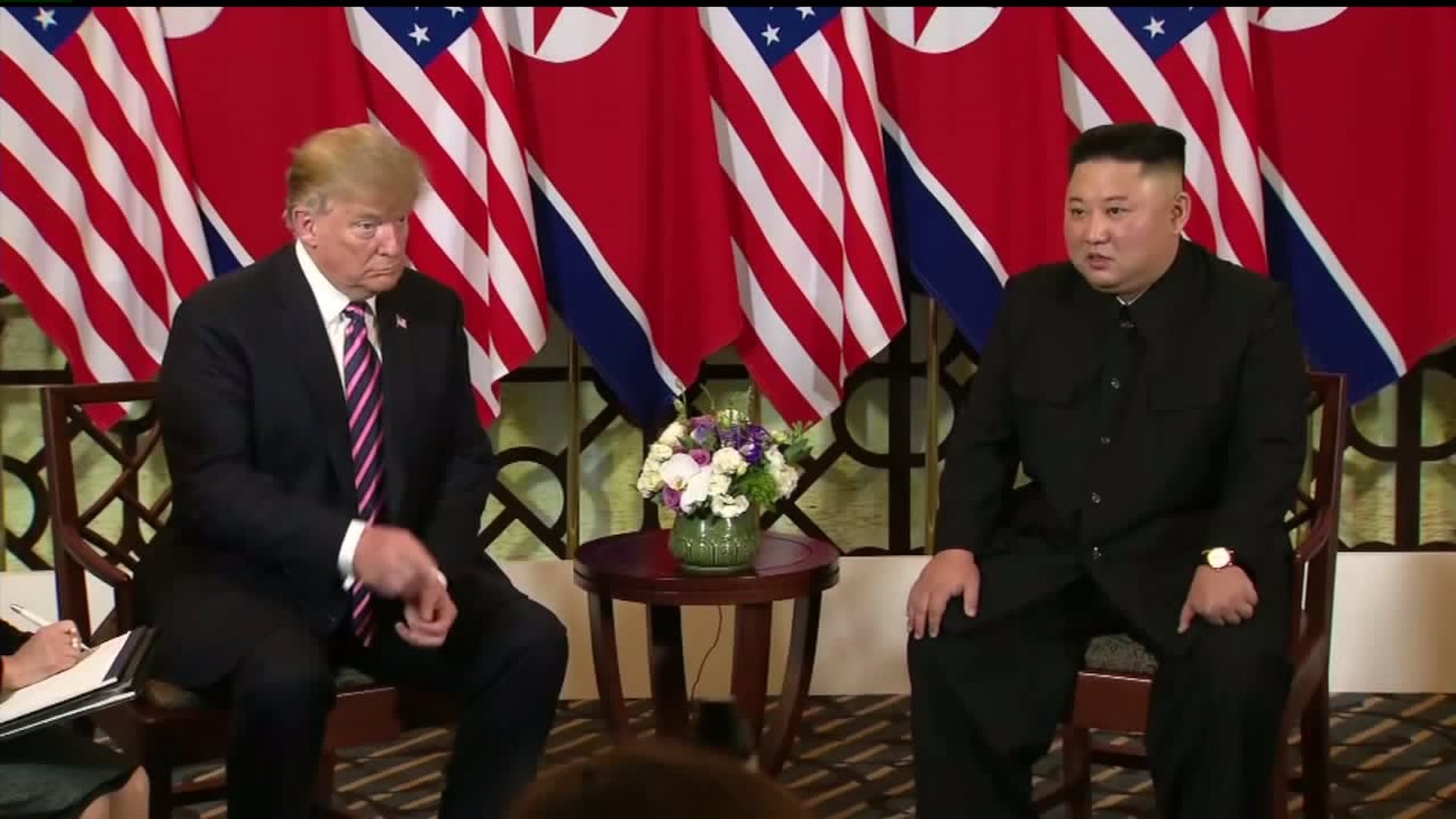 HANOI, Vietnam (AP) — U.S. President Donald Trump and North Korea's Kim Jong Un, leaders of nations with a long history of hostilities, opened their second summit Wednesday with smiles and friendly banter before sitting down for a dinner that will set the stage for difficult talks about North Korea's pursuit of nuclear weapons.

"I think it'll lead to wonderful, really a wonderful situation long term," Trump said as he sat beside Kim at the dinner table.

Asked earlier if the summit would yield a political declaration to end the Korean War, Trump said, "We'll see."

Four print reporters, including one from The Associated Press, were prohibited from covering the beginning of Trump's dinner with Kim in Hanoi on Wednesday. That came after two of those reporters asked questions of the president during earlier events at the summit.

White House press secretary Sarah Sanders released a statement that due to the "sensitive nature of the meetings we have limited the pool for dinner to a smaller group."

Sanders initially said no reporters would be allowed into the dinner. But after photographers said they would not cover it without an editorial presence, one print reporter and a radio reporter were allowed in.

Kim, who spoke through an interpreter, told Trump he was "confident that we can achieve great results that everyone welcomes."

Trump was joined at dinner by Secretary of State Mike Pompeo and acting White House chief of staff Mick Mulvaney. Kim was accompanied by Kim Yong Chol, a former military spy chief and Kim's point man in negotiations, and Ri Yong Ho, the foreign affairs minister. Interpreters for each side also attended.

Anticipation for what will be accomplished at the summit ran high in Hanoi. But the carnival-like atmosphere in the Vietnamese capital, with street artists painting likenesses of the leaders and vendors hawking T-shirts showing Kim waving and Trump giving a thumbs-up, contrasted with the serious items on their agenda.

Scoring a victory at the summit would offset Trump's political troubles back in Washington, where Michael Cohen, his former personal attorney, was prepared to tell lawmakers that Trump is a "racist," a "conman" and a "cheat." Earlier in the day, after meeting with the president of Vietnam, Trump was unable to ignore the drama playing out thousands of miles away.