Sen. Rand Paul talks about how he will stay on top in pres. race

Some presidential candidates are making stops in Iowa this weekend, starting with Senator Rand Paul who spoke in Davenport. The Kentucky Senator is going... 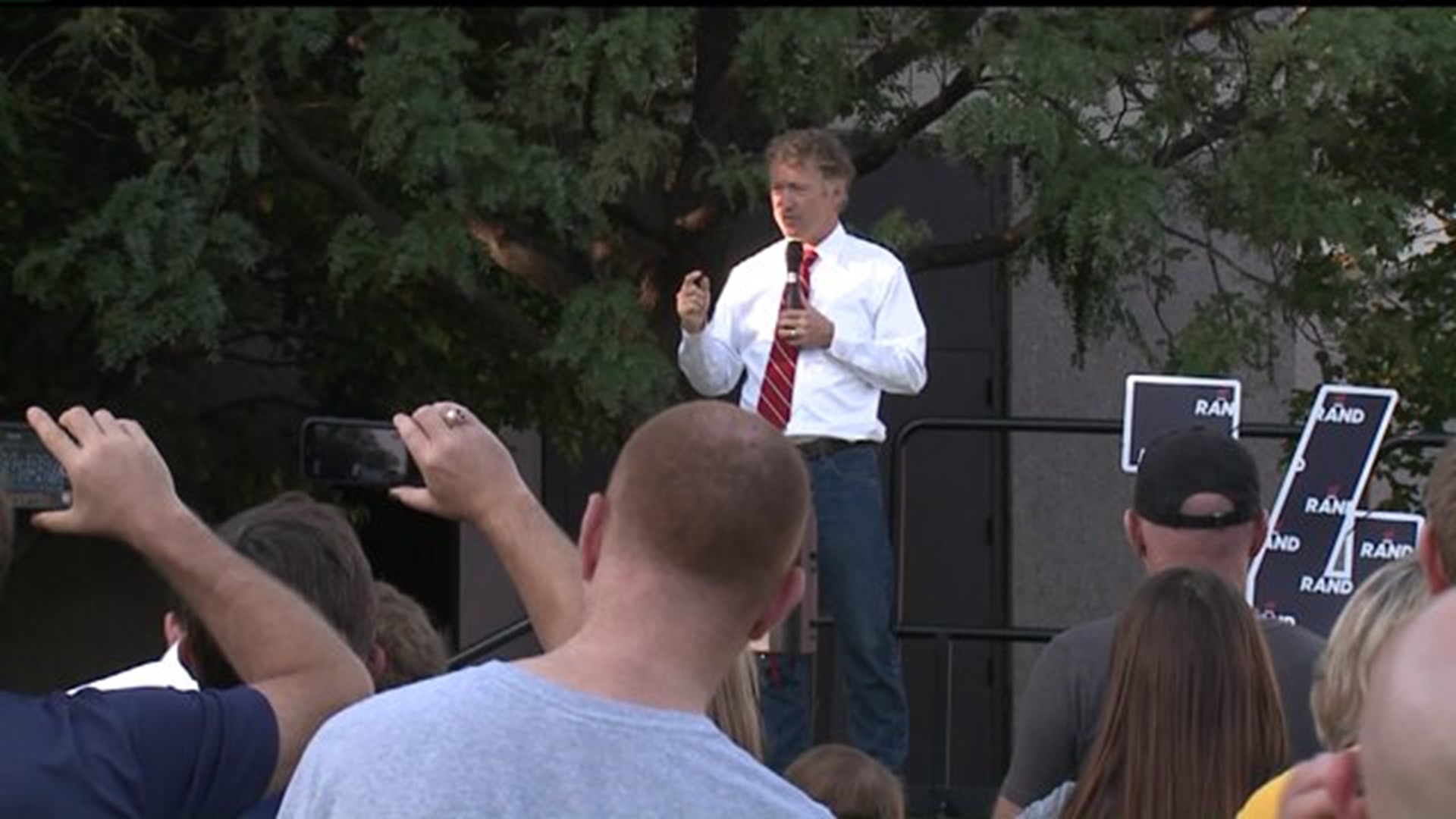 Some presidential candidates are making stops in Iowa this weekend, starting with Senator Rand Paul who spoke in Davenport. The Kentucky Senator is going to need more support to get out in front of a crowded field.

Close to 100 people stood in line outside the Rivercenter to get a picture with the Presidential candidate, but more importantly listen to his message.

"Some of his views align with mine pretty closely and I think I just wanted to hear what he had to say in person," said Derek Cornette, who attended the event.

The Republican Senator was once a serious contender for the White House, but now his campaign is starting to lose steam. Right now in the polls for Republican nomination Paul falls in 7th place. He's been overshadowed by some of the louder voices like Donald Trump who is in first place.

However Paul says it's the issues he wants to tackle that will help him stick out above the rest "I think it`s easier for me than some candidates."

From pushing NSA reform to his flat rate tax idea, "I think a single rate 14.5 percent would actually be something would be a great boom to the economy and I think those differences make it pretty easy to separate from myself," Paul said.