It’s become an argument over what’s fact and what’s fiction. 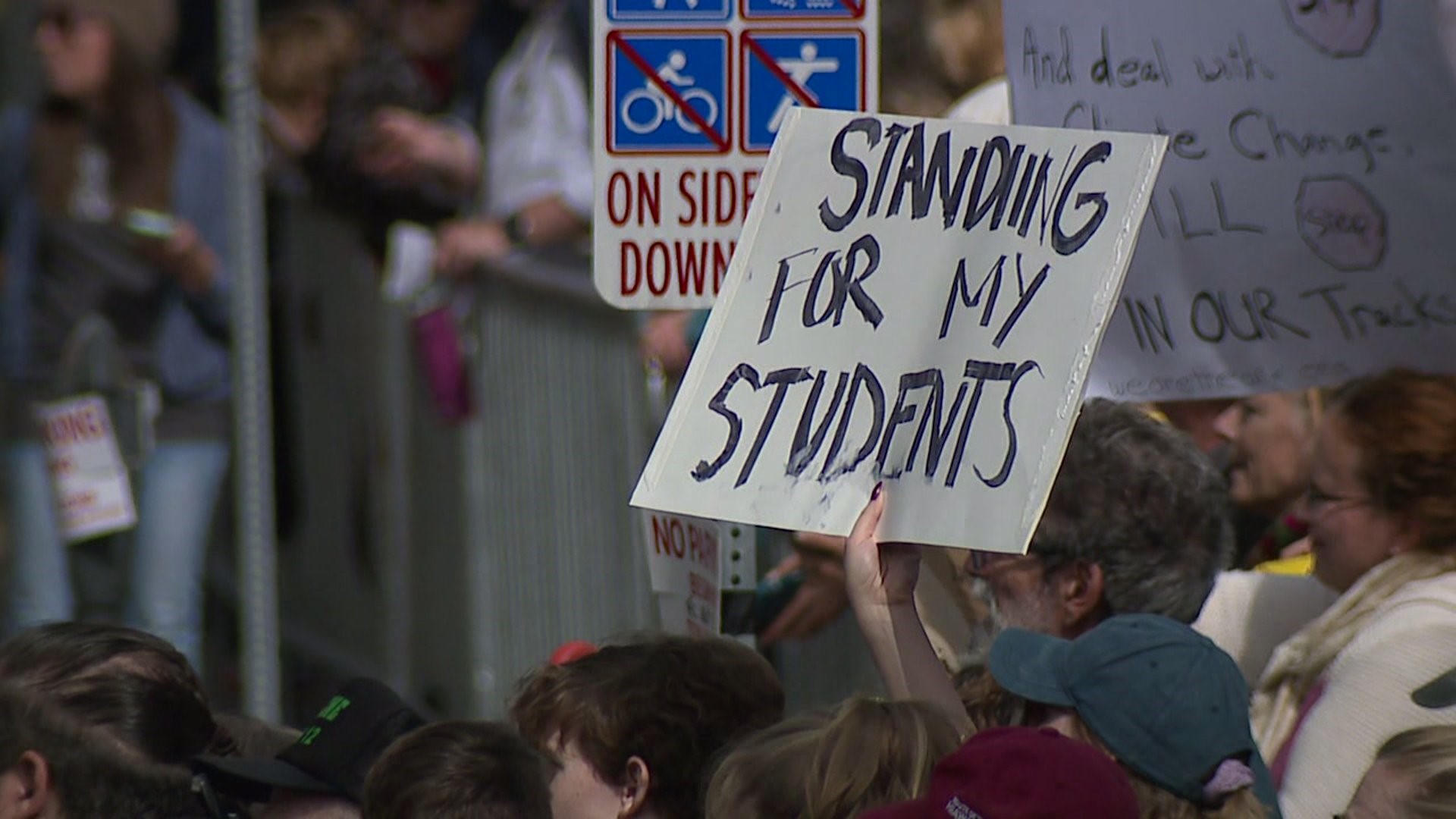 MOLINE, Illinois – Climate change is not just a discussion in laboratories and classrooms.

It's generating plenty of heat on the campaign trail.

"This is the existential crisis of our time," said Democratic presidential hopeful Sen. Amy Klobuchar at an ABC News town hall meeting.

"We are facing an unprecedented threat to our food and water supplies," proclaimed Sen. Bernie Sanders at an event on climate change earlier this year.

"It is a threat to every living thing on this planet and we are running out of time," declared another candidate, Sen. Elizabeth Warren at the ABC event.

But not everyone agrees.

"There's a lot of misinformation and a lot of hysteria about climate change at this point," said Dave Millage, a former Iowa lawmaker who is now the head of Scott County's Republican Party.

He says it's natural that climate change has become a political issue.

But it's become an argument over what's fact and what's fiction.

An attack on some proven science and some bad science being introduced as fact.

"Folks get so confused that being told over and over again, the wrong thing eventually, they don't know what to believe and then do they believe it?" explained Elesha Gayman, head of the Scott County Democratic Party.

"That's why you need an open debate," said Millage.   "You need to be able to challenge what's being said."

But it's what's being said that can skew the debate.

"We're seeing a disregard for all of that that goes into the climate change conversation," said Gayman.

She says on bloc of citizens may take greater action regarding climate change legislation.

"Farmers are not stupid," she said.

And a growing number of young voters may be the ones to meet that challenge.

A national poll released in September found more than 7 in 10 teenagers and young adults say climate change will cause a moderate or great deal of harm to people in their generation.

Some of their voice comes from a 16-year old climate activist from Sweden, Greta Thornberg.

She was in Iowa City in October.

"We teenagers and children shouldn't have to take the responsibility but right now the world leaders keep acting like children and someone needs to be the adult in the room," she said.

But Dave Millage says it's the adults who have seen the threats of dire consequences before: whether it's the population bomb on the 1960's, the depleted ozone layer of the 1980's, or the climate crisis now.

"And that's the Republican philosophy: things will work out if you leave it alone, leave it to individual innovation, leave it to private enterprise, and it'll be solved."

Gayman said politicians, and the rest of us, have no choice.

"We have one earth.  There's not like there's another one waiting out there for us when we ruin this planet."