Marco Rubio gets endorsement at campaign stop in Wilton, Iowa 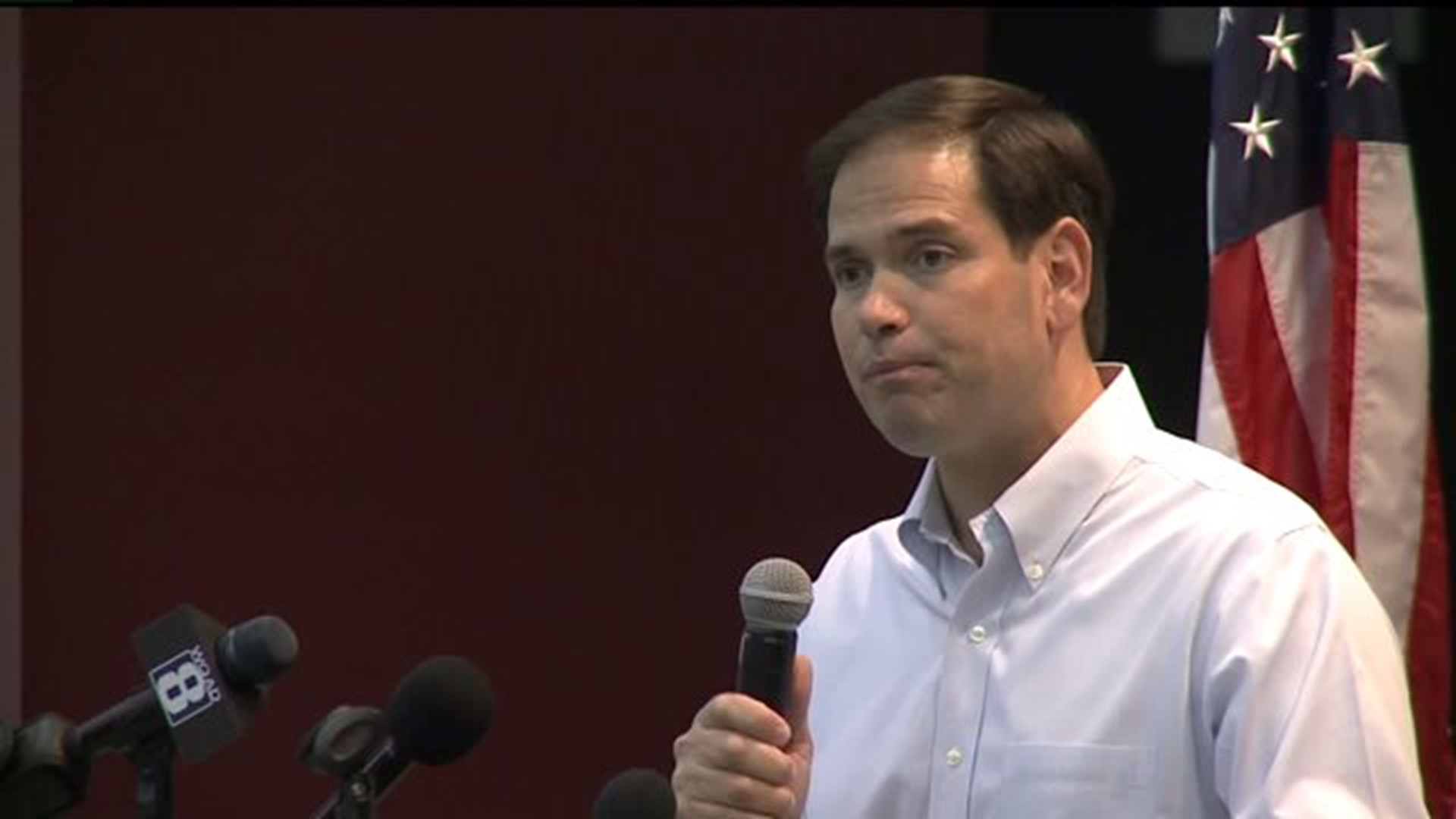 U.S. Senator and 2016 Republican Presidential Candidate Marco Rubio made several stops in Iowa Wednesday, July 8, 2015.  His last stop of the day was in Wilton, Iowa as part of a fundraiser for Iowa State Representative Bobby Kaufmann where he received an endorsement.

"I think that we are very blessed to have a very large and talented Republican field. I've got nice things that I could say about every single candidate and I would never speak ill of any candidate but it is my honor tonight to announce my official endorsement for Marco Rubio for President," said Representative Kaufmann.

Speaking to a crowd of more than 300 people at the Wilton Community Center, Rubio talked about what he believes is necessary to make this century successful.

"If I'm President of the United States, we will have a business tax code for both small business and big business that is competitive with the rest of the world,"  he said.

He focused much of his speech on education.

"When I'm President, we will make it a priority to reinvigorate trade education in America," said Rubio.