Candidates spoke on their plans for state money, taxes, and health care. 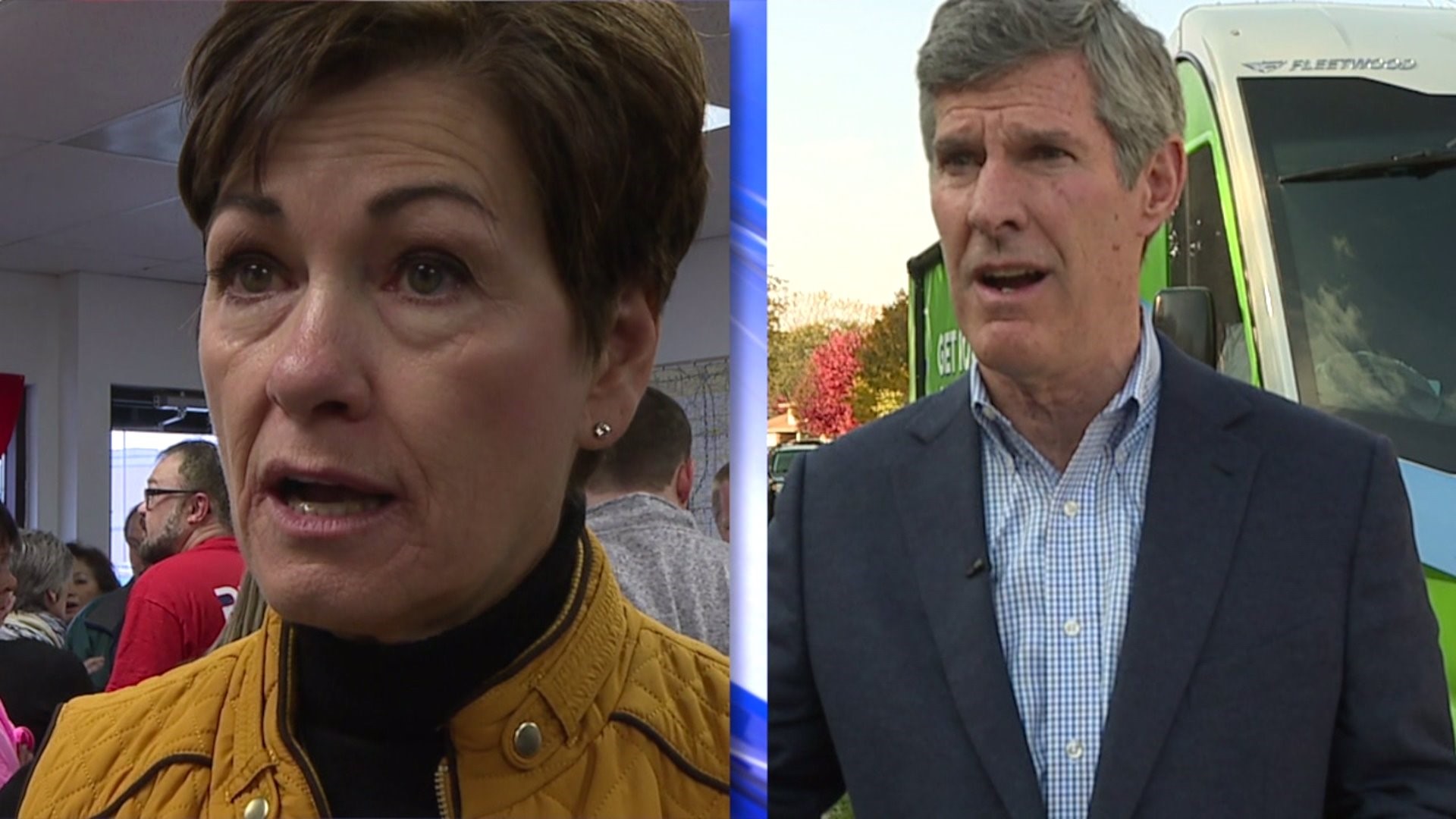 "We need to put money behind job training bills, like Future Ready Iowa," Republican Governor Kim Reynolds said. "We need make sure we can continue to invest in education, work force training, and that we are investing in an innovated and coordinated health care system that benefits all Iowans."

"What I want to do is build a balanced and predictable budget," Democratic gubernatorial candidate Fred Hubbell said. "If there is a tax cut for anybody, the middle class and small businesses should get it. They are paying the highest taxes right now.

Governor Reynolds said Iowa has more money now than it did when she took Lieutenant Governor office in 2011.
"The cash reserves are full," Reynolds said.

"Our budget's been like a yo-yo," Hubbell said. "We had $9 million surplus a few years ago and it is all gone. She as a surplus she can't explain. It`s hard to know what’s really going on in our state budget."

'Well what we are focused on is a sustainable medicaid system," Reynolds said. "So, I can look parents in the eye and assure them that this will be here long after they are gone for their loved ones."

"We need to recognize that it is not working," Hubbel said. "We need to start right away by pulling all of the people together that are involved in medicaid system. We need to figure out the right way to move forward and to take care of people at a reasonable cost."