AFSCME says health insurance premiums will double and workers’ wages will be frozen for four years. 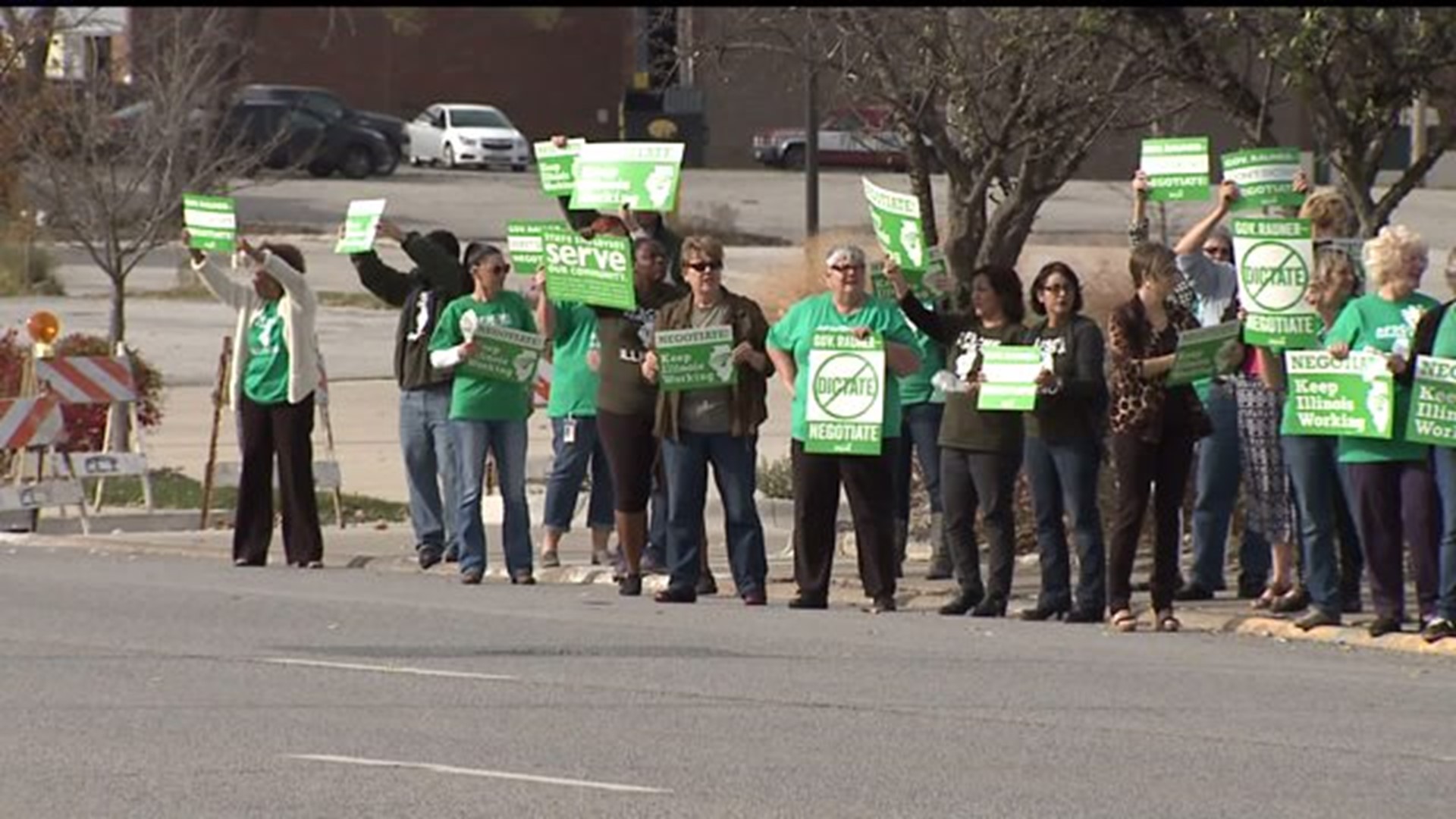 The demonstrations Thursday were organized by the American Federation of State, County and Municipal Employees, which represents about 38,000 state employees.

In Springfield, workers chanted "2-4-6-8, Rauner should negotiate." In downtown Rockford, about 75 workers picketed.

A state labor board ruled Tuesday that contract negotiations are stalled. On Wednesday Rauner's administration said it intends to implement a 40-hour workweek, instead of 37.5 hours, and a merit-pay system as soon as possible.

Rauner estimates his plan will save Illinois $3 billion over four years.

AFSCME says health insurance premiums will double and workers' wages will be frozen for four years.

AFSCME plans to appeal the labor board ruling. If they lose, workers can vote on whether to strike.