Governor Pritzker has outlined a plan for a six-year, state construction program to fix and build roads, bridges, mass transit, schools. The plan would cost ove... 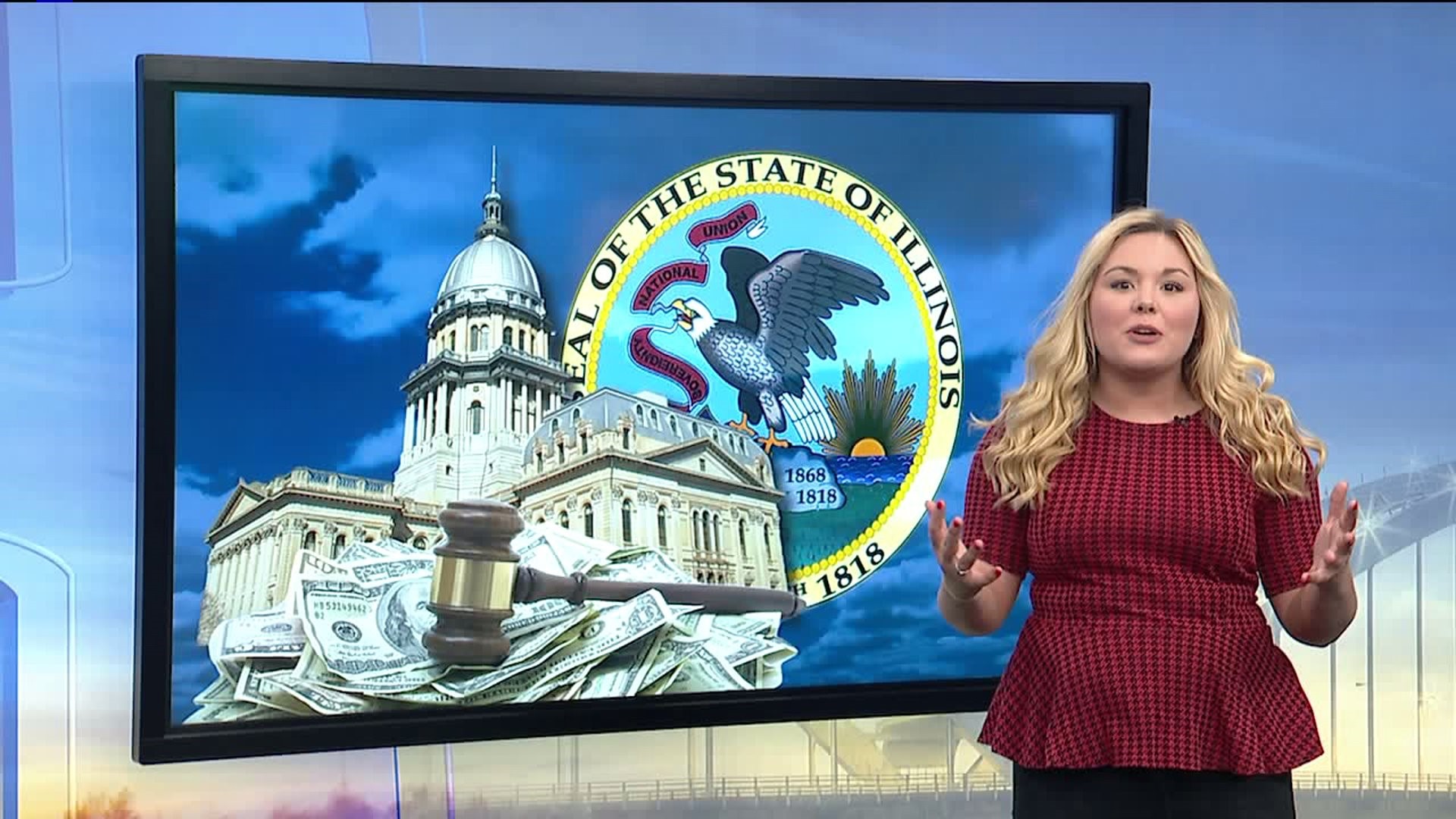 MOLINE, Illinois--  On May 27th, 2019,  Illinois lawmakers approved a constitutional amendment. It replaces Illinois' flat rate income tax with a so-called "fair tax." It says those with higher incomes would be taxed at higher rates. House speaker Michael Madigan calls it a major step towards reforming the state's tax system. The amendment goes on the ballot for a vote in November 2020.

While Illinois' new graduated income tax may be approved, there are still four big issues Illinois lawmakers have to settle. They have until Friday, May 31st, 2019, to vote on Governor J. B.  Pritzker's balanced budget plan, state construction program, recreational marijuana, and sports betting.

In February, Governor Pritzker proposed a $39 billion spending plan for the budget year that begins July 1. His proposed budget is also accompanied by a sports betting plan. The plan for the 2020 fiscal year still banks on $212 million from sports gambling.

"Well lets talk about the irresponsibility of running on a budget deficit for so many years," Governor Pritzker said. "A budget deficit of billions that's been going on for far too long. The budget we hope to pass in the next couple of days, is a real balanced budget, and we are trying to balance the budget for many years in the future."

"Democrats are the party of fiscal responsibility," Governor Pritzker said. "We are the ones that are trying to pay down the debts, the 10's of billions in additional debt left by the last governor. To fill this structural deficit hole and do it in a responsible way to help those in the middle class and frankly those are the ones who believe in the state. We need to protect them we need to stand up for them. That's why we want property tax reform, income tax reform, and the fair tax reform."

Pritzker has also outlined a plan for a six-year, state construction program to fix and build roads, bridges, mass transit, schools. The plan would cost over $40 billion.

Republican House Members are encouraging those are the other side to slow down, saying if Governor Pritzker's estimate for new revenue are correct, then there is no need for new tax plans.