"I am saddened that some Iowans’ votes will not count through no fault of their own," the Democrat said in a statement. 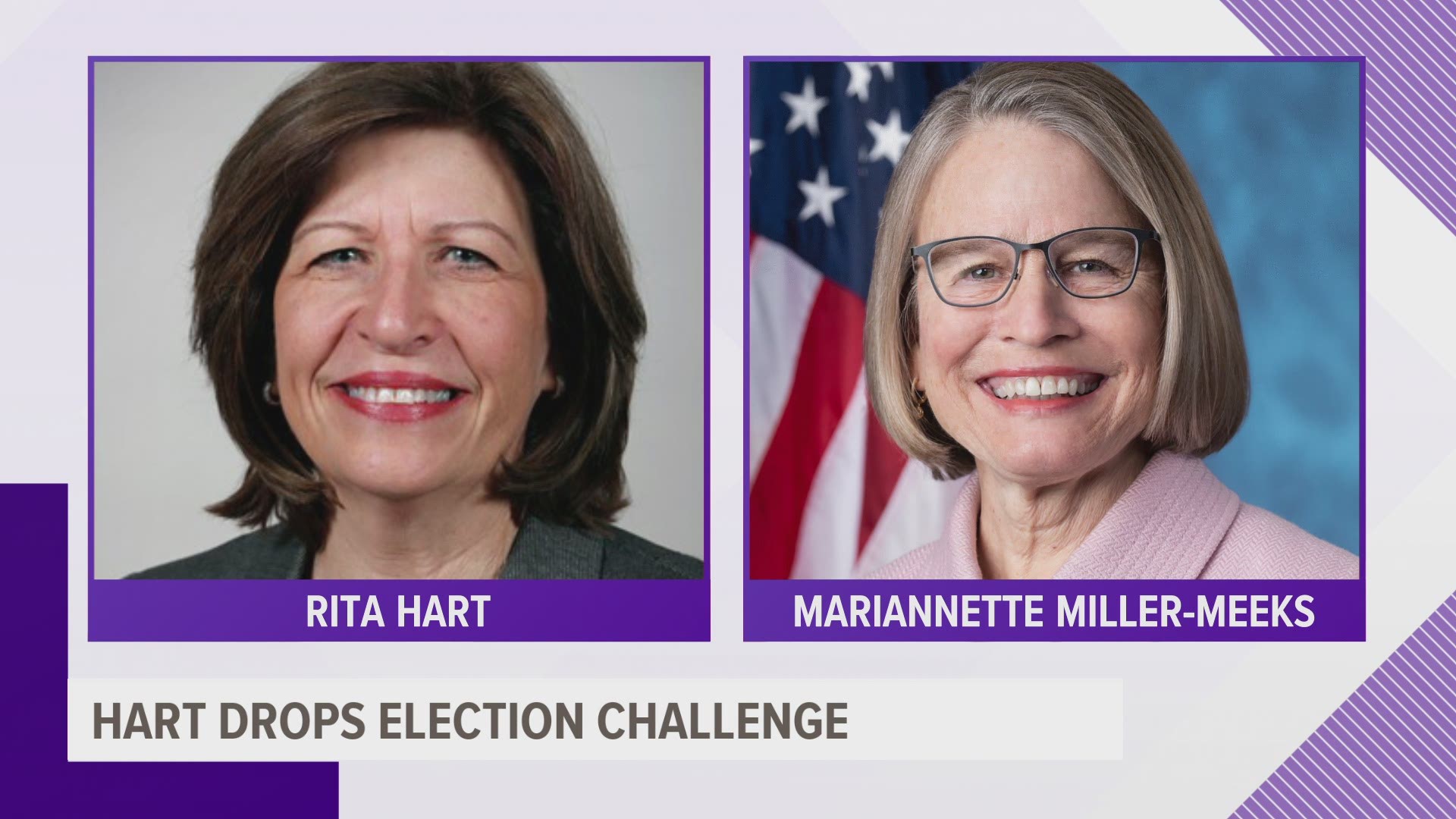 Hart lost to Republican Mariannette Miller-Meeks by six votes, a result certified by Iowa's bipartisan Executive Committee after recounts in every county.

Hart said in a statement:

"After many conversations with people I trust about the future of this contest, I have made the decision to withdraw my contest before the House Committee on Administration. Since Election Day, and throughout this entire process, my mission has been about ensuring the voices of Iowans who followed the law are not silenced. I am saddened that some Iowans’ votes will not count through no fault of their own. The work of ensuring it does not happen again will continue beyond this campaign."

A challenge had been set before the U.S. Committee on House Administration to investigate the race.

The Federal Contested Elections Act of 1969 gives a U.S. House committee the grounds to gather facts, testimonies and other papers on a contested race.

Though the house has a Democratic majority, members were not guaranteed to vote in hart's favor.

“Rita Hart and Nancy Pelosi finally heard what many Iowans told me today: Mariannette Miller-Meeks is the duly-elected Congresswoman serving Iowa’s Second Congressional District," Miller-Meeks said in a statement. "Pelosi’s attempted power grab failed. And Iowans and America are better off because of it.”

More than a handful of House Democrats are wary of overturning an election, especially after Former President Donald Trump attempted to have congress overturn state-certified election results.

Iowa Secretary of State Paul Pate wrote in a letter to Speaker of the House Nancy Pelosi that Congress should not change the 2nd Congressional District results and "overturn the will of Iowa voters."

Running to represent the people of #IA02 in the U.S. House of Representatives has been one of the greatest honors of my life. I could not have done it without all of you. Read my statement from today here: pic.twitter.com/ustS72pWsq

This is a developing story and will be updated as more information becomes available. Download the We Are Iowa app or subscribe to Local 5's "5 Things to Know" email newsletter for the latest news.