Gov. Rauner says he wants to ban the sale of bump stocks

Illinois Governor Bruce Rauner made a stop at the new Kone tower Friday, March 9 in the city’s downtown. 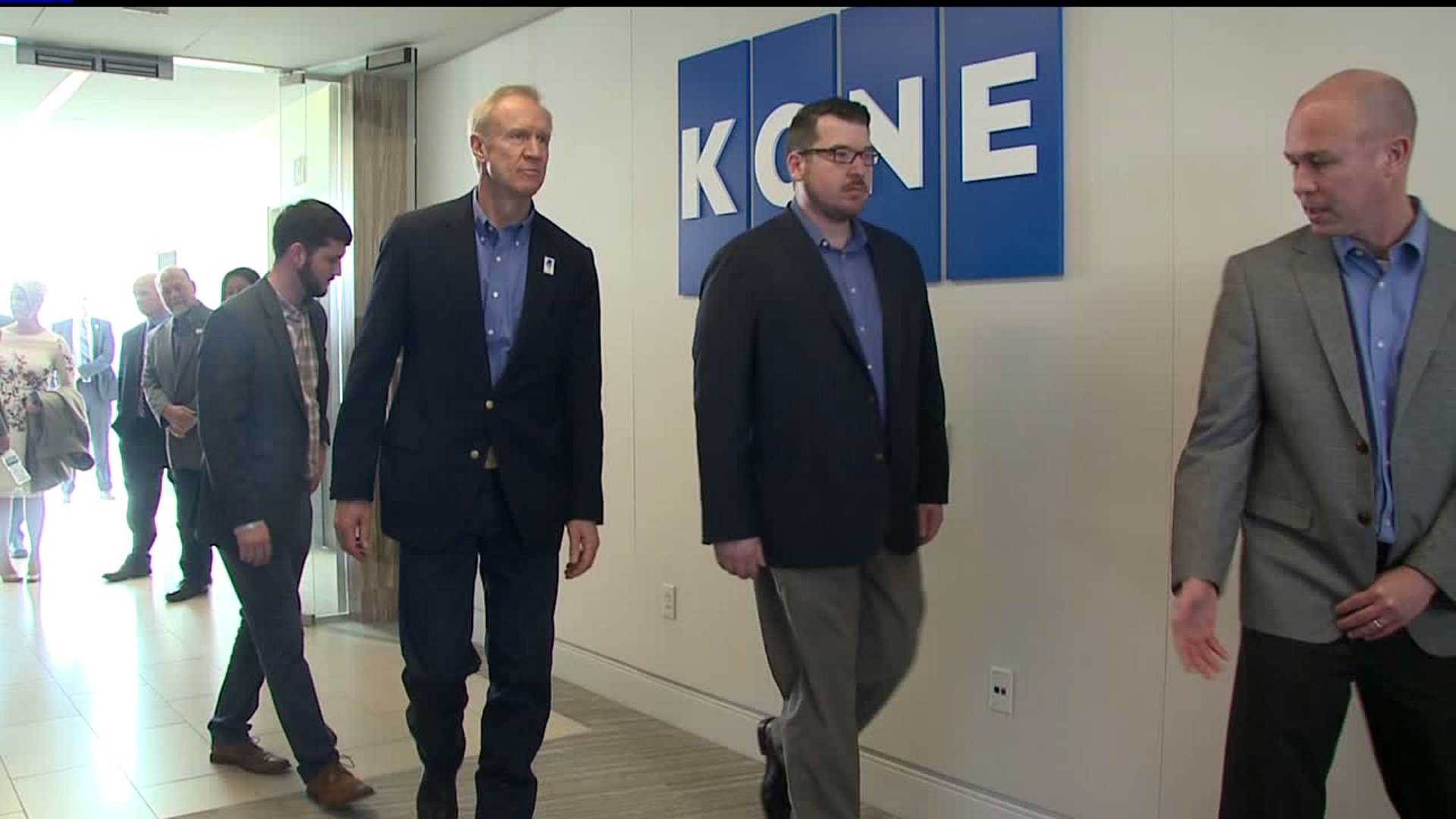 MOLINE- Illinois Governor Bruce Rauner made a stop at the new Kone tower Friday, March 9 in the city's downtown.

Governor Rauner touted his income tax cut plan as he tries to cut the regulations for businesses across the state. He plans to try reversing the income tax increase in a "step-down" process that will cover several years.The plan was put into place last year.

Rauner touched on a number of topics in a press conference after the visit. One of the issues had to do with what he calls, more effective gun control laws. He says he wants to ban the sale of bump stocks in the state and develop a plan to keep guns away from the critically and mentally ill.

Another issue touched on, was the future of a proposed Amtrak line from Chicago to the Quad Cities.