Illinois rolled out early voting in 2006. 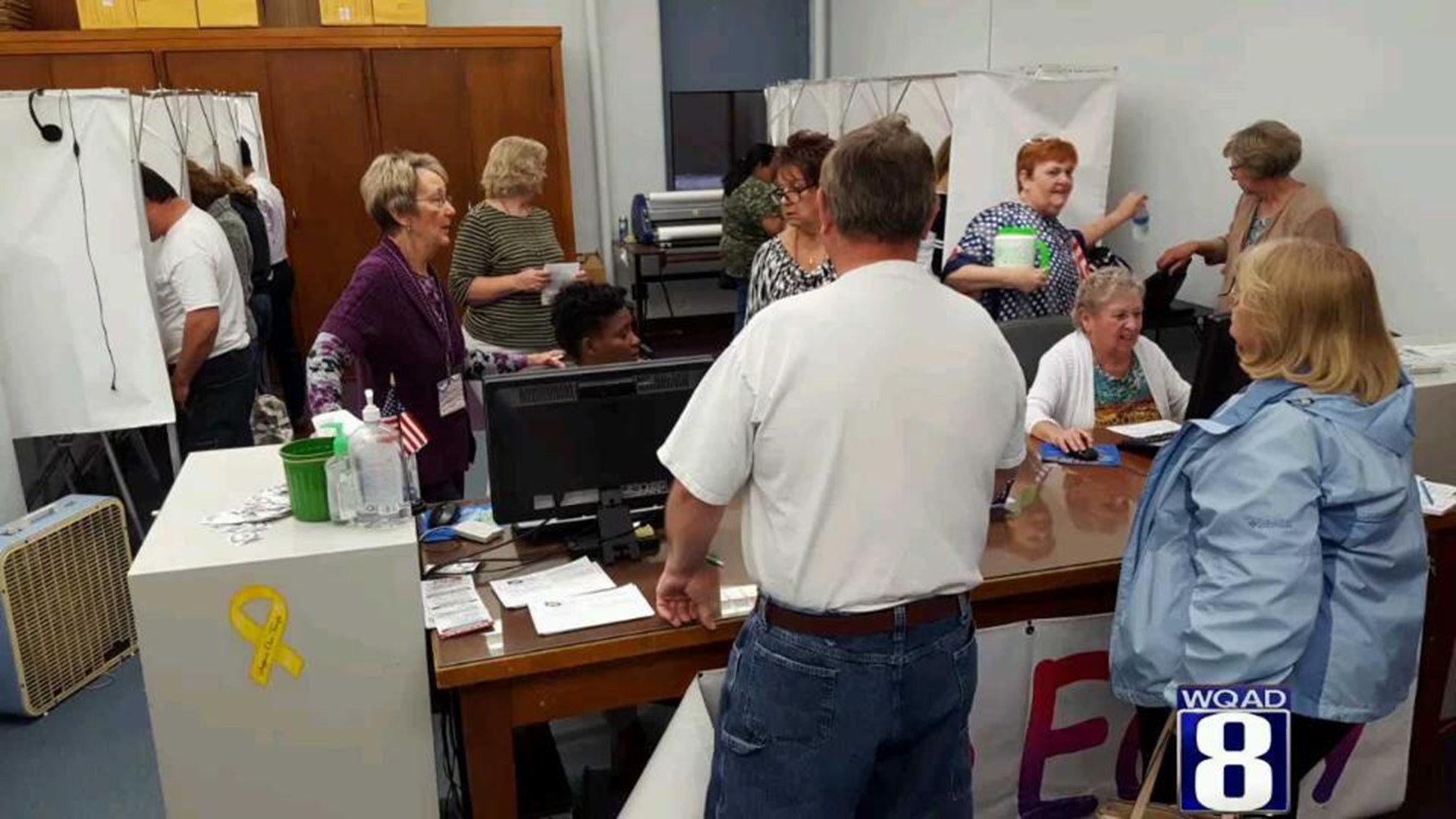 CHICAGO (AP) — The number of Illinois residents who have voted ahead of Election Day has broken state records and is still growing.

The State Board of Elections released totals Monday showing the number of voters who cast in-person ballots through Sunday was approaching 1.3 million. That surpasses the roughly 1 million who did so in 2008 and the nearly 1.2 million in 2012.

The figure is even higher when all ballots, including those by mail, are counted. The total number of Illinois residents who've already voted is more than 1.6 million.

The trend was obvious in Chicago on Monday where the line at an early voting site wrapped around the block. Nearly 350,000 people in the city have voted, including by mail.