“We always had a budget in Illinois,” said Chris Kennedy, son of RFK and running for governor. “Why don’t we have one now?” 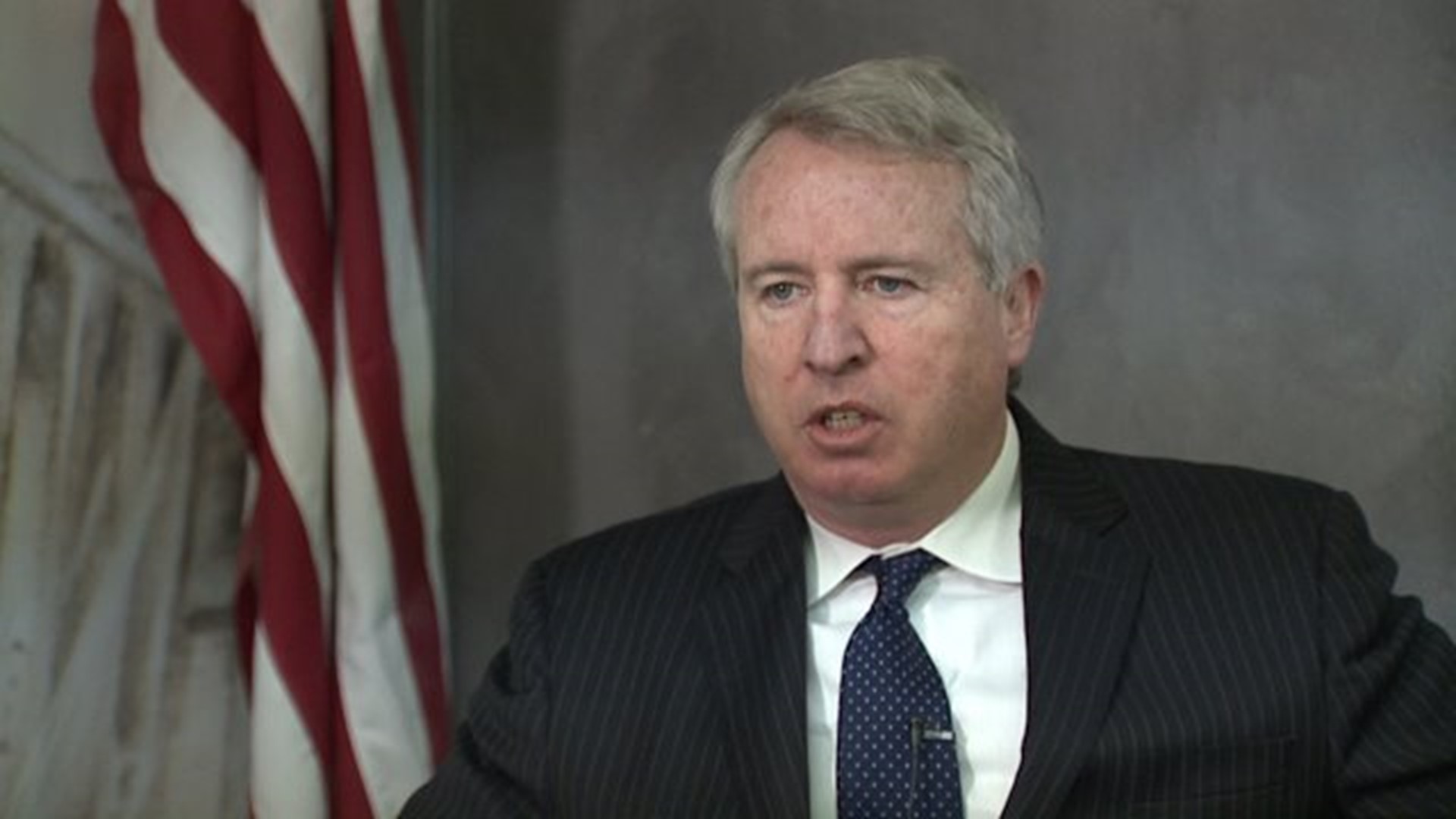 MOLINE - There's a Kennedy on the campaign trail at Milltown Coffee on February 10, 2017.

"I love Illinois," he said a few hours earlier at WQAD.  "This is more than a place where I work.  It's where I live."

Chris Kennedy, 53, is the son of Robert F. Kennedy.  He wants to be the next Illinois governor.

While the Democratic primary doesn't take place until March 1, 2018, the longtime Chicago businessman is already aiming for Springfield.

"When our country faced some of its bleakest times, we always had a budget in Illinois," he said.  "Why don't we have one now?"

"Governor Rauner's taken a state government budget problem and turned it into a statewide economic crisis," he continued.  "That's not right."

"We need a governor who will fight for reform, not another Mike Madigan-first politician," said spokesman Steven Yaffe.

Kennedy, with name recognition and money, will need to first beat a crowded field of Democrats.  The pack could include Rep. Cheri Bustos.

"Democrats are never afraid of having too many people in a primary," he said.  "We don't see it so much as a fight among individuals, but a clash of ideas."

"Governor Rauner allowed it to occur," Kennedy said.  "He's used those people as pawns -- pawns in a political game.  Frankly, that's not right."

Yaffe counters that Kennedy has already pumped millions of dollars into Madigan's backers.

"The last thing Illinois needs is a Madigan lap dog in the governor's office," Yaffe said.

"You think of the Quad Cities and all the schools here," he said.  "We can combine them with a little bit of government leadership and turn them into incredible, robust economic engines."

"This is a huge economy," he concluded.  "It represents such opportunity for most people, but we need to give them what they want: stability and predictability."

If Illinois voters agree, economic engines for this Kennedy to continue a family legacy of public service.