Cheri Bustos will not run for Illinois governor

Bustos had publicly explored the possibility of running for governor. 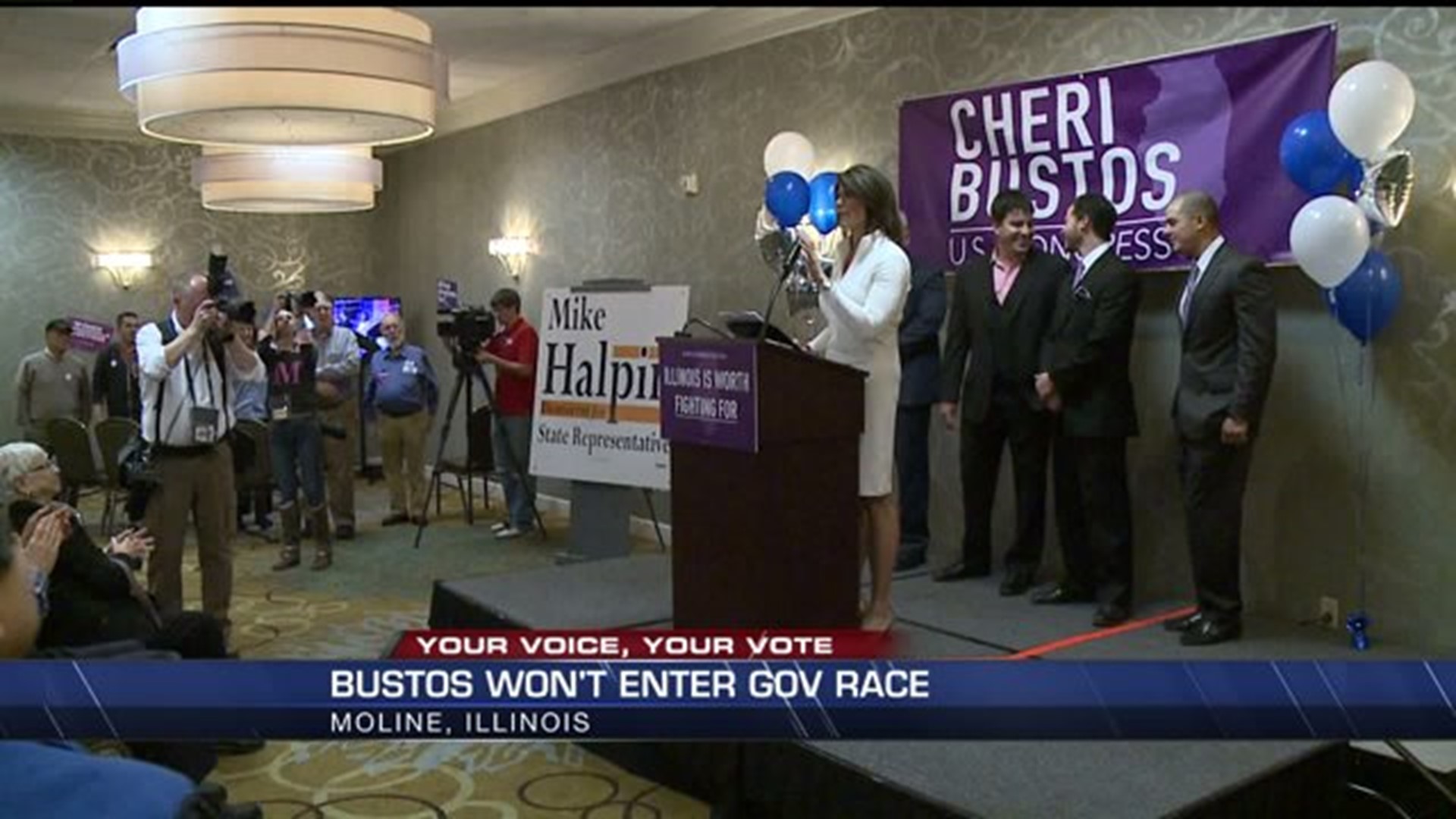 MOLINE -- U.S. Rep. Cheri Bustos has officially decided against running for Illinois governor, saying she can better serve Illinois constituents as a member of Congress.

Bustos had been included on many pundits' short list of possible Democratic candidates poised to challenge Gov. Bruce Rauner in 2018.

Monday, Feb. 20, she put that speculation to rest in a media statement.

"I have always said that I want to be in the best position to help as many Illinoisans as I can,' Bustos wrote. "Over the last few months, I’ve given a lot of thought to whether I can make the biggest difference in Washington or in Springfield. Right now, too many hardworking families are suffering because of failure and dysfunction in both of those places. As I was considering the best way for me to serve, I was given a new opportunity to join Democratic House Leadership as the only Midwesterner sitting around the table. And with that comes the responsibility to serve as a voice for hardworking families from the heartland who feel like they've been left behind."

Much of her decision was brought on by her concerns with the Trump administration, she added.

“Now that we've seen just how reckless, dangerous and divisive President Trump really is, the stakes couldn't be higher for our nation," she wrote. "With my new leadership responsibilities, I have determined the best way for me to continue getting real results for working families across the heartland is by serving in Congress."

Bustos added that she will continue to focus on Illinois interests and will throw her support behind whoever emerges as Rauner's Democratic challenger.

“I know the stakes are just as high for Illinois, so I will continue doing my part to hold Governor Rauner accountable for his failed downturn agenda that's hurt our seniors, children and even victims of domestic violence," she wrote. "While the field of Democratic candidates is still forming, I look forward to actively campaigning for, and electing, a strong Democratic Governor who will stand up for all Illinoisans - from Chicago, to Rockford, Moline and Peoria."