Niabi Zoo hit with seasonal layoffs, pay cuts to maintain its care for the animals amid COVID-19 pandemic

With a nonexistent revenue, Niabi Zoo has cut their seasonal staff or 75% of their workers at this time. 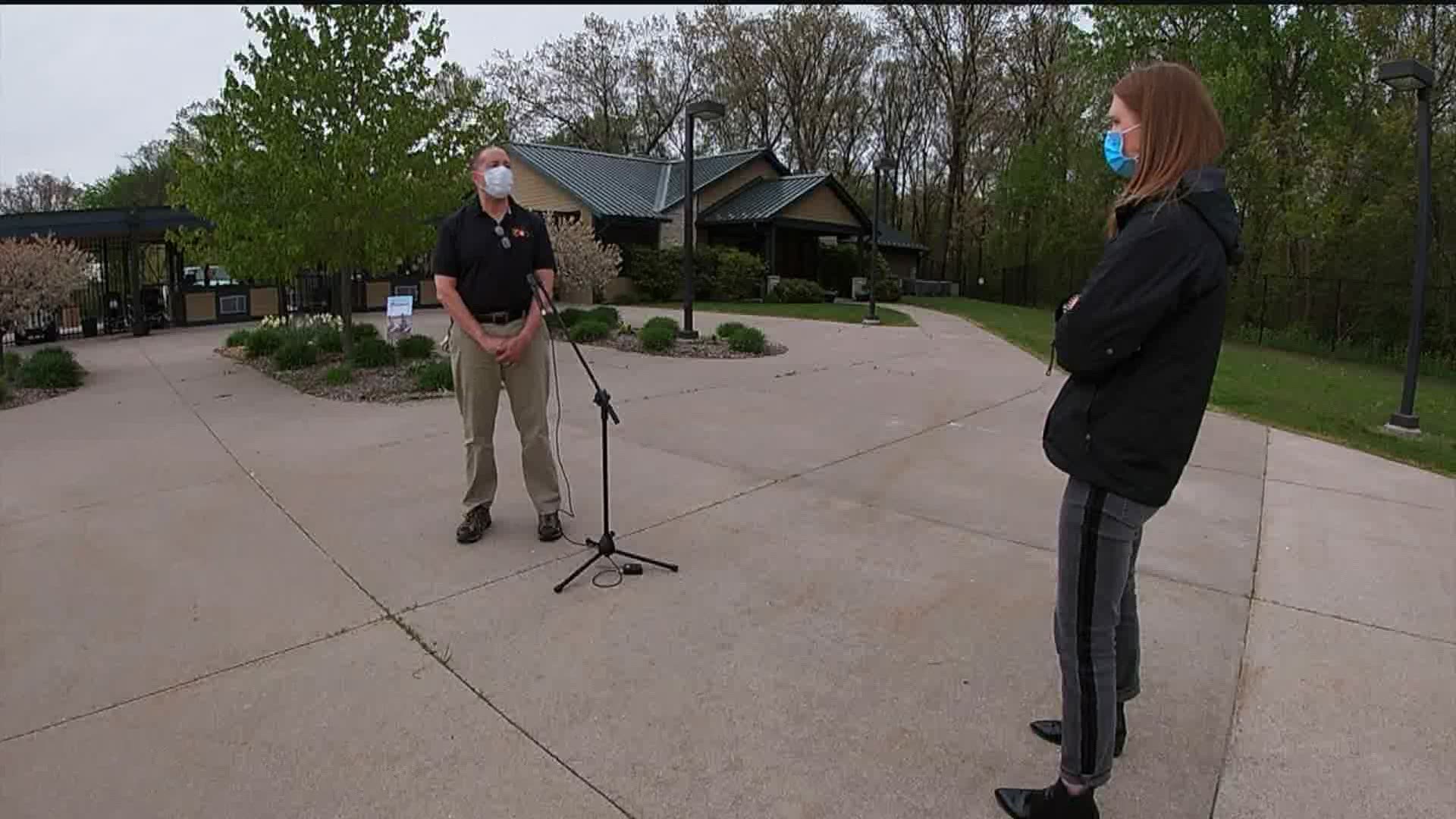 COAL VALLEY, Illinois — The Niabi Zoo says it's struggling to make money.  The zoo wasn't allowed to open on April 11 due to coronavirus concerns.  But with no visitors, the zoo says they could be in financial trouble down the road.

This is the time people start to flock to the zoo and take in the spring weather. With the zoo now closed, director Lee Jackson says they are depending on county tax revenue, which is 33% of their budget. But he says that isn't enough to cover the zoo's nonexistent revenue.

"The rest we have to earn here on the grounds from parking, concessions, the gift shop, ticket sales, so all of that has evaporated," Jackson elaborates.

It's costs $3.5 million to run Niabi Zoo each year.  And with no visitors, workers say even the animals seem weirded out.

Zookeeper, Laura Riggins, says they're caring for the animals now more than ever.

The zoo says no animals in Niabi have contracted the virus.

Riggins is one of about 20 essential workers everyday.  Jackson says there should be about 80 staff members during this time, including seasonal workers. But those positions have been taken away this year and managers are taking 20% pay cuts.

"Right now we are OK," Jackson says. "But as this progresses it's going to get harder and harder to move ahead with our mission."

The zoo says they are looking forward to when they can reopen.  They understand they might have to do that with a limited capacity.

To support Niabi Zoo during this time, they are taking donations on their website here.