Ahead of Hurricane Delta, 92% of Gulf of Mexico oil production paused

Personnel from 272 of 643 manned production platforms and 70% of rigs have been evacuated ahead of Hurricane Delta, which is expected to make landfall Friday. 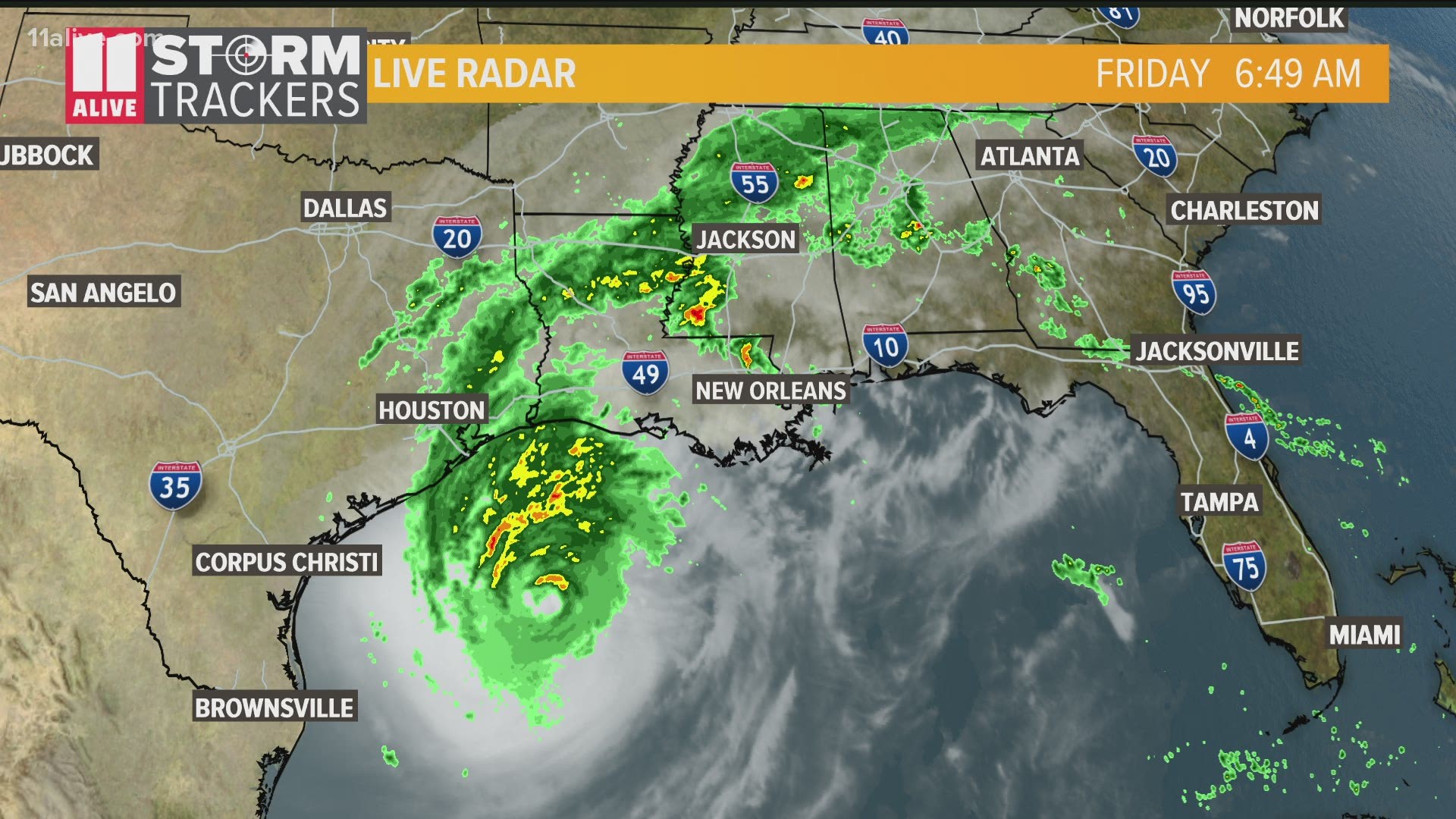 WASHINGTON — As the southwest Louisiana coast prepares for Hurricane Delta to make landfall — the 25th named storm of an unprecedented Atlantic hurricane season — about 92% of the current oil production in the Gulf of Mexico has been paused.

As of Thursday, personnel from 272 of the 643 manned production platforms in the Gulf of Mexico have evacuated, according to the Bureau of Safety and Environmental Enforcement. Production platforms are the structures located offshore where oil and natural gas are produced.

Seven of the 10 rigs that currently operate in the Gulf have also been evacuated, BSEE said. Additionally, 15 dynamically positioned rigs have moved out of the hurricane's projected path as a precaution.

Reuters reports that the storm has shut 1.67 million barrels per day, which is the most since 2005 when Hurricane Katrina devastated the region and impacted output for months.

The dangerous storm could either remain as a devastating Category 3, with top winds of 120 mph early Friday, or drop just before landfall to a still extremely dangerous Category 2 storm.

Either way, Delta is such a large hurricane that the storm surge risk remains high even if it becomes less intense just before striking land, the National Hurricane Center said. This is the sixth time this season that Louisiana has been threatened by tropical storms or hurricanes.

BSEE said it activated its Hurricane Response Team and is monitoring offshore oil and gas operations on platforms and rigs. It works with offshore operations and other state and federal agencies until operations return to normal.

It added that part of the evacuation process includes "closing the sub-surface safety valves located below the surface of the ocean floor to prevent the release of oil or gas, effectively shutting in production from wells in the Gulf and protecting the marine and coastal environments."

The agency said once Hurricane Delta passes, facilities will be inspected before being brought back online. Facilities that are damaged during the storm may take longer to bring back online.