It will offer 30 all-electric models worldwide by the middle of the decade. By 2026, 40% of its U.S. models will be battery electric vehicles. 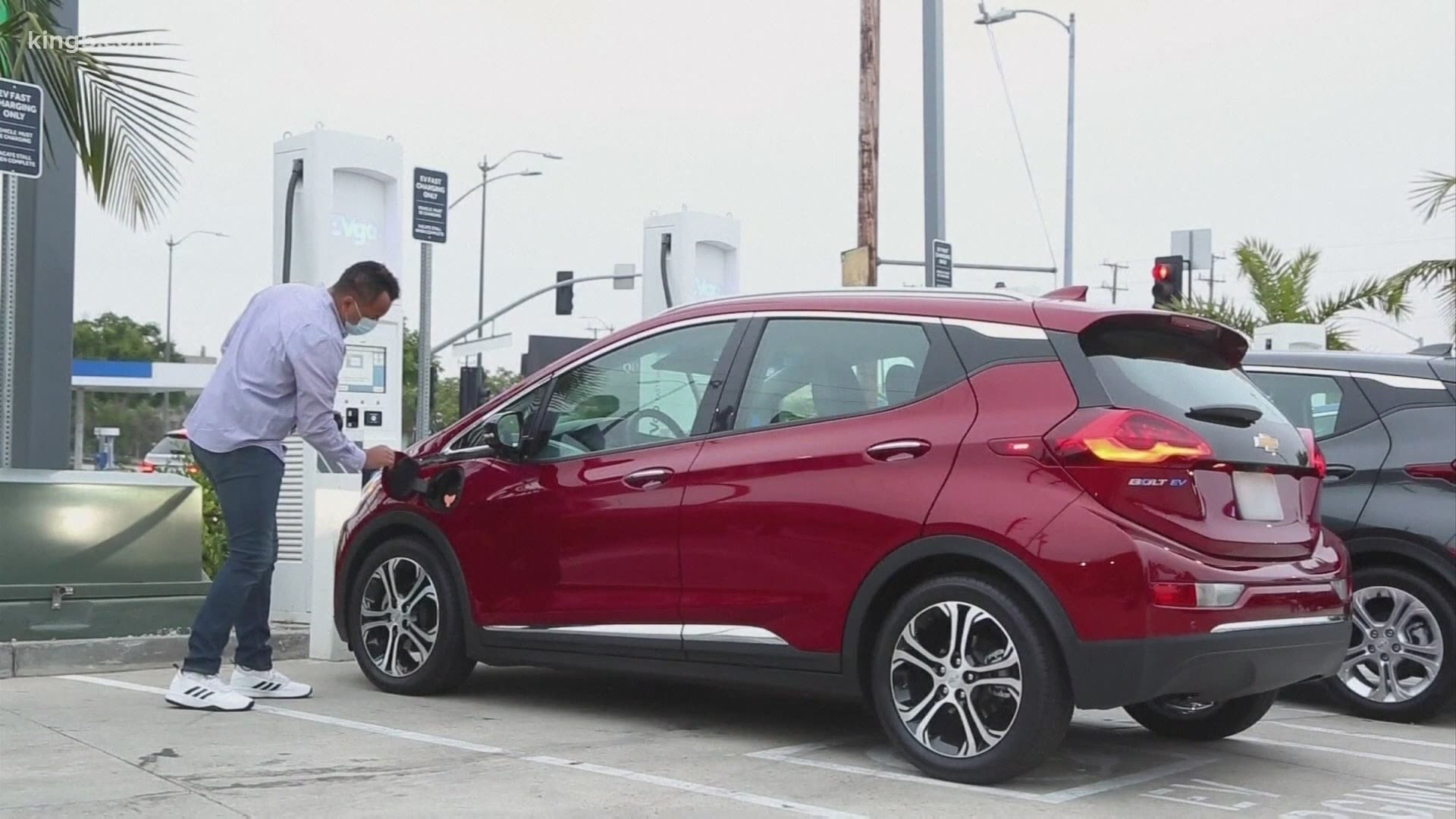 DETROIT — General Motors has set a goal of making the vast majority of the vehicles it produces electric by 2035, and the entire company carbon neutral, including operations, five years after that.

The Detroit automaker's push into electric vehicles has gone into overdrive this year.

GM has already announced that it will invest $27 billion in electric and autonomous vehicles in the next five years, a 35% increase over plans made before the pandemic. It will offer 30 all-electric models worldwide by the middle of the decade. By the end of 2025, 40% of its U.S. models will be battery electric vehicles. The company plans to include crossovers, SUVs, sedans and trucks in its electric vehicle lineup.

GM said Thursday that it will source 100% renewable energy to power its U.S. sites by 2030 and global sites by 2035. That's five years faster than its previously announced global goal.

RELATED: GM teams up with Microsoft on driverless cars

RELATED: New campaign, and logo, for GM in a bid to electrify image

And it has a goal of making all new light-duty vehicles, the vast majority of its fleet, fully electric within 14 years. The company will concentrate on offering zero-emissions vehicles in different prices ranges. It's also working with others, including the Environmental Defense Fund, to build out the necessary infrastructure to power its electric vehicles and to promote their use.

To account for carbon emissions that it cannot eliminate, GM expects to invest in carbon credits or offsets

The 112-year-old auto giant unveiled a new corporate logo this month to signify its new direction as it openly pivots to electric vehicles. It wants to be seen as a clean vehicle company, rather than a builder of cloud-spewing gas-powered pickups and SUVs.

GM scrapped its old square blue logo for a lower case gm surrounded by rounded corners and an ‘m’ that looks like an electrical plug.

It also announced a new partnership with Microsoft this month with hopes of accelerating its rollout of electric, self-driving cars.

GM's push for carbon neutrality comes a day after President Joe Biden signed executive orders that include moving to an all-electric federal vehicle fleet. His goal is to transform the nation’s heavily fossil-fuel powered economy into a clean-burning one.

So far, Wall Street has cheered the shift by GM which says the industry has reached a history-changing inflection point for mass adoption of electric vehicles.

Its shares this year have outpaced even high-flying Tesla, rising more than 20% to date. Shares rose almost 2% Thursday.

RELATED: For first time in 5 years, US gas mileage down, emissions up

RELATED: After being fined by US, Hyundai recalls 130,000 vehicles