MOLINE, Illinois — A Moline homeowner says a local contractor left her house a mess, making it hard to cook or even sleep in her own home. The Moline-base... 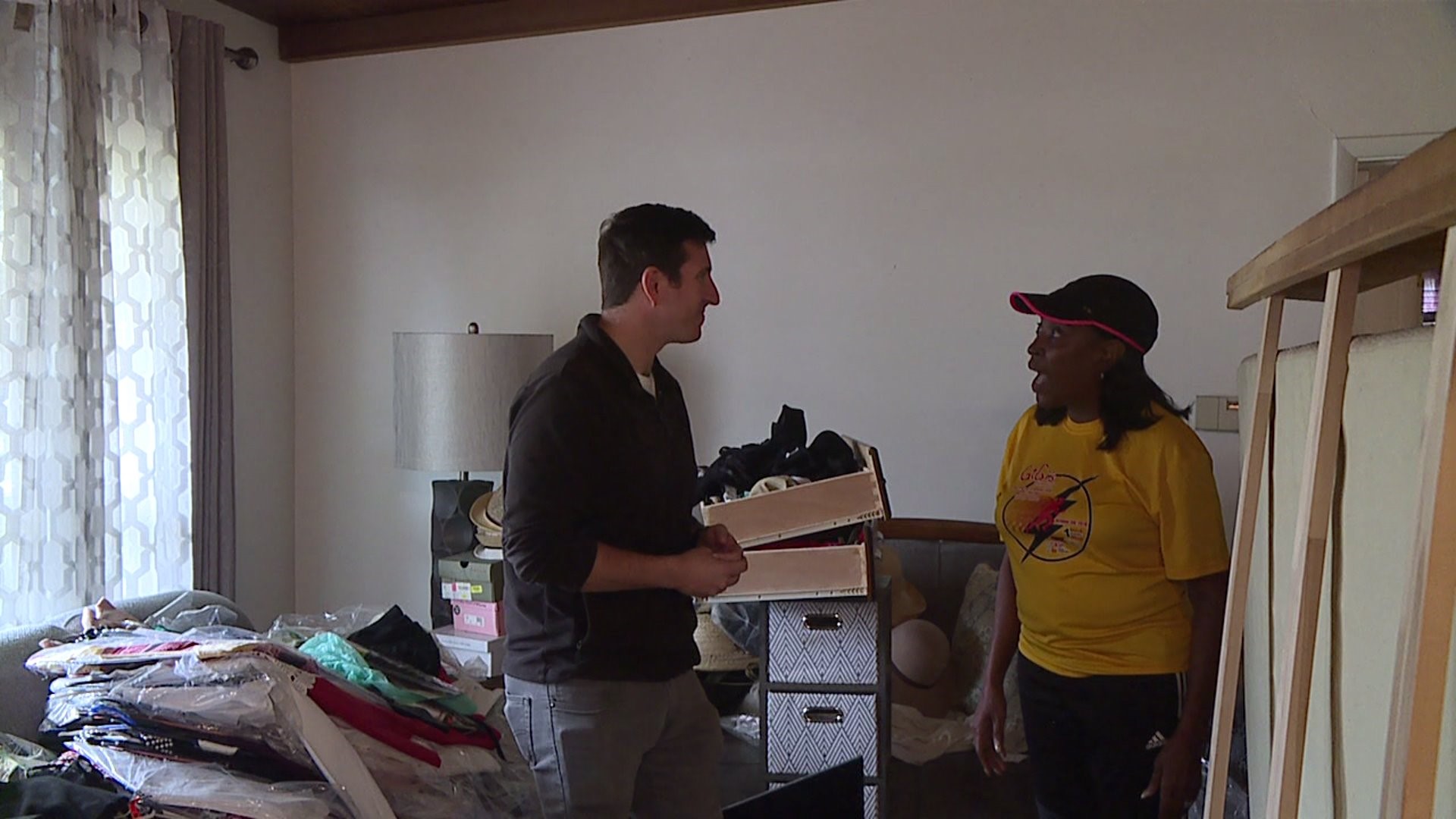 MOLINE, Illinois -- A Moline homeowner says a local contractor left her house a mess, making it hard to cook or even sleep in her own home. The Moline-based QCA Professional Contractors began refinishing the hardwood floors in her three bedrooms almost a month ago, telling Lucille Davis that it would only take three to five days to complete.

"All of the furnishings and clothing that were in those bedrooms, I stored here," Davis said, pointing out a heap of clothes on her living room couch. Bed frames and mattresses had to be stored in the kitchen. Davis sleeps on a couch in her sun room.

She says it's been almost two weeks since she last heard from somebody at the company.

"They were running a little late, [they said] they were backed up on the bridge but we're on our way," Davis said. "They never showed. Then the next day, they never showed."

News Eight called Allan Celada at QCA Professional Contractors to ask why. He said that he knew Davis had been on vacation and that he had been waiting to hear from her. He apologized for a "miscommunication."

Davis said she was not satisfied with the apology or the explanation. She said she has paid half of the $1500 fee, and at this point just wants her money back because she has lost faith in the company.

In a follow-up call with QCA Professional Contractors, Celada said he still hadn't heard from Davis as of Wednesday afternoon, but said that the company remained willing to complete the project.