This lesson was also an opportunity for students to have a fun and interactive class to learn about important issues. 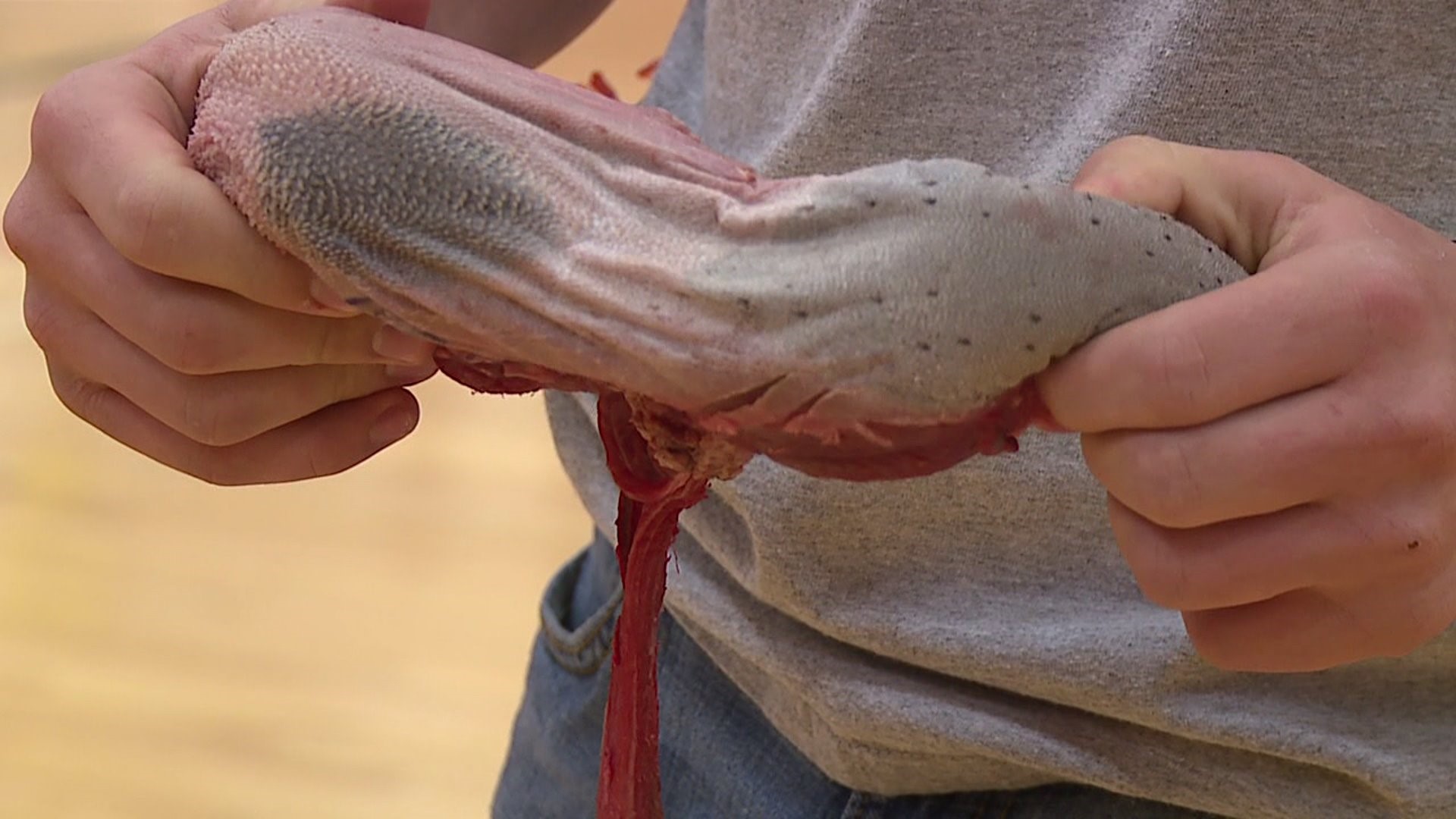 "(These issues) are going to hit these teenagers when they're in the prime of their lives, their forties," their teacher Dale Gruis says.

Gruis says the point of the lesson is to teach students that with a growing population, there'll be less food to go around, so people will need to change their diets in order to eat what they can, like a cow tongue.

This lesson was also an opportunity for students to have a fun, interactive class.

"The bottom side is really smooth and wet, but the actual tongue part is gritty and pokey," Keelan Hoover, freshman, says.

Students in his class say since their future is uncertain, it's important to learn how to prepare for climate change.

"We'll grow up to be adults, then it'll be our responsibility to survive," Hoover says.

Freshman Allyson Heister says she hopes after this lesson, her classmates will be inspired.

"If a lot of kids hear about world hunger with climate change and poverty, they could step up," she says.

The lesson is part of students' websites for class on world hunger, climate change and the growing population.