The owner of Doland Jewelers says: "It's more disheartening than anything. It's just sad." 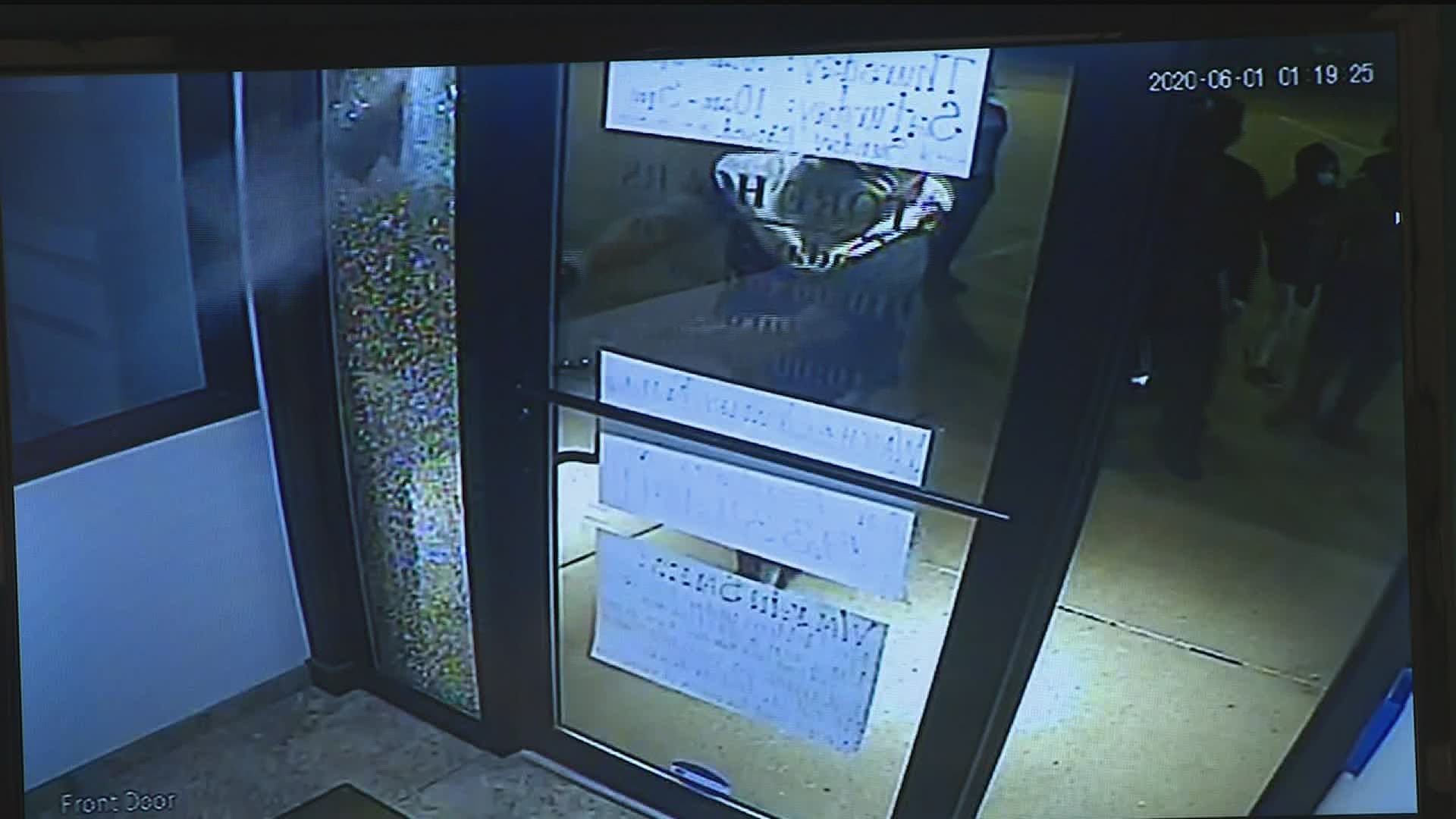 DAVENPORT, Iowa — Davenport Police said Monday that a large disturbance of approximately 100 vehicles formed at the Northpark Mall at about 10 p.m. Sunday night, causing damage to businesses located in the mall before moving to multiple business locations throughout the city.

Some of the most significant damage happened at Doland Jewelers on Elmore Avenue.

“I got a call from our security company saying we’re getting a glass break alarm,” said owner Will Doland. “I said, ‘send the cops immediately,’ because I knew it was going to happen.”

He could only watch on his surveillance feed as a dozen masked looters swung an axe into his store’s front window. They rushed into the entrance, smashing several display cases and grabbing merchandise. The smash and grab unfolded in just two minutes. The looters, apparently realizing they had set off the silent alarm, quickly fled into the night.

“I understand where the protests come from. I am all for it, I support it. I don’t support the vandalism,” Doland said. “We’re a small business. There’s… we’re in the same boat as everybody else. We’re just trying to make ends meet.”

Fortunately for Doland Jewelers, the looters did not get away with much in terms of value. The priciest items had been stored in a safe hours earlier.

“To have something like this happen, it’s more disheartening than anything. It’s just sad,” Doland said.