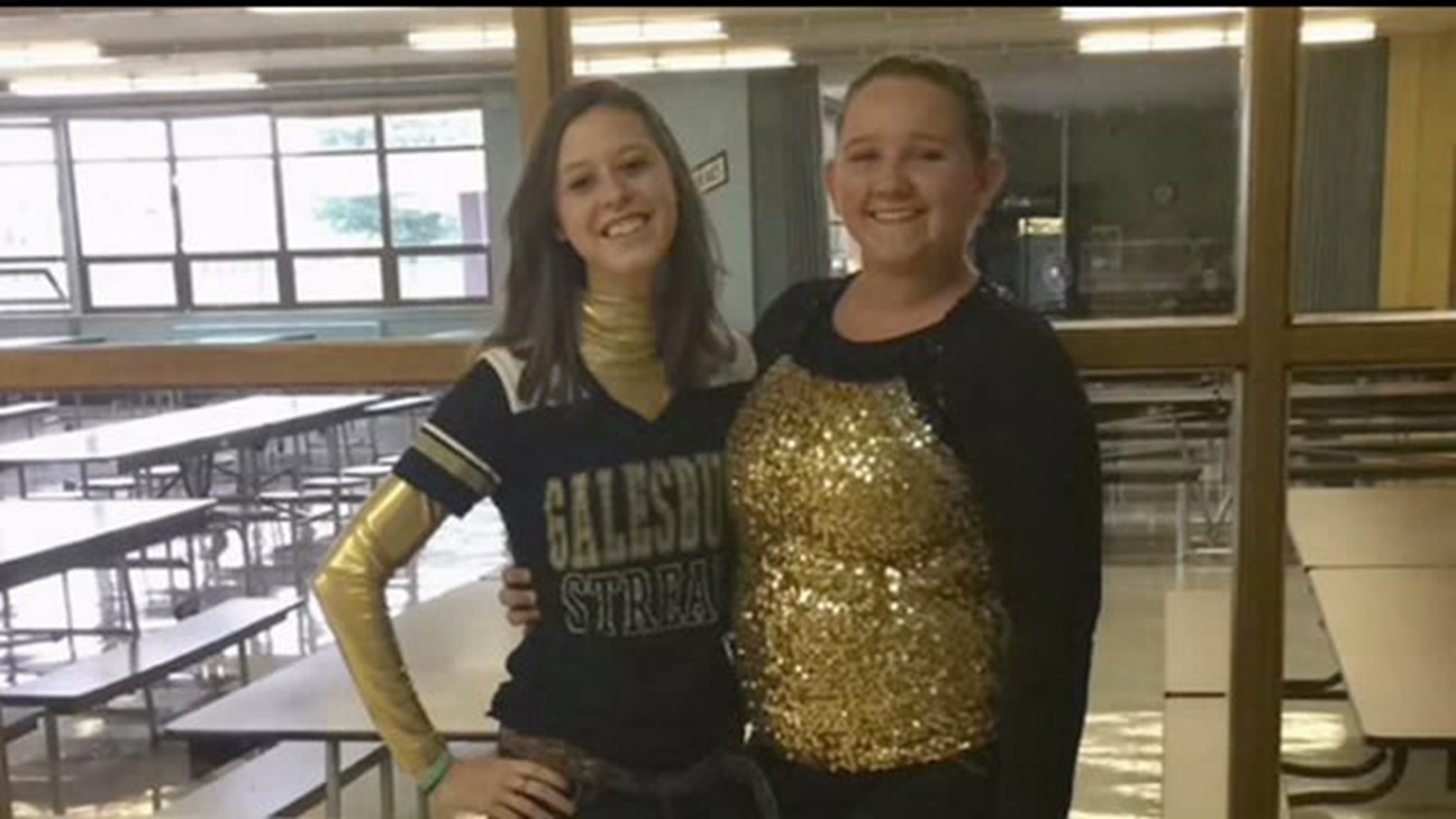 According to a statement from the Galesburg Police Department, a vehicle, driven by 17-year-old senior Kalee N. Pringle, had crashed into a ditch and struck a tree. Police said when they arrived, both Pringle and the passenger, 15-year-old sophomore Kylie J. Allen, were found deceased.

Police said they were called to the scene near Valley View Road and West Lake Storey Road around 6:30 a.m. Saturday, August 29, 2015, though the crash likely happened several hours earlier. The vehicle was found about 25 feet north of that intersection.

A spokesperson with the Galesburg Police Department said the two teens were best friends. An all staff meeting is set for Monday, August 31, 2015 at 7:15 a.m. at Galesburg High School. Grief counselors will be on hand all Monday to help out students who knew Pringle and Allen.

There was no alcohol involved, police said. Pringle's mother sent News 8 the photo above, right before the Galesburg football game on Friday, August 28, 2015. Pringle's mother says that police found her daughter's cell phone in her back pocket, when they discovered her on Saturday.