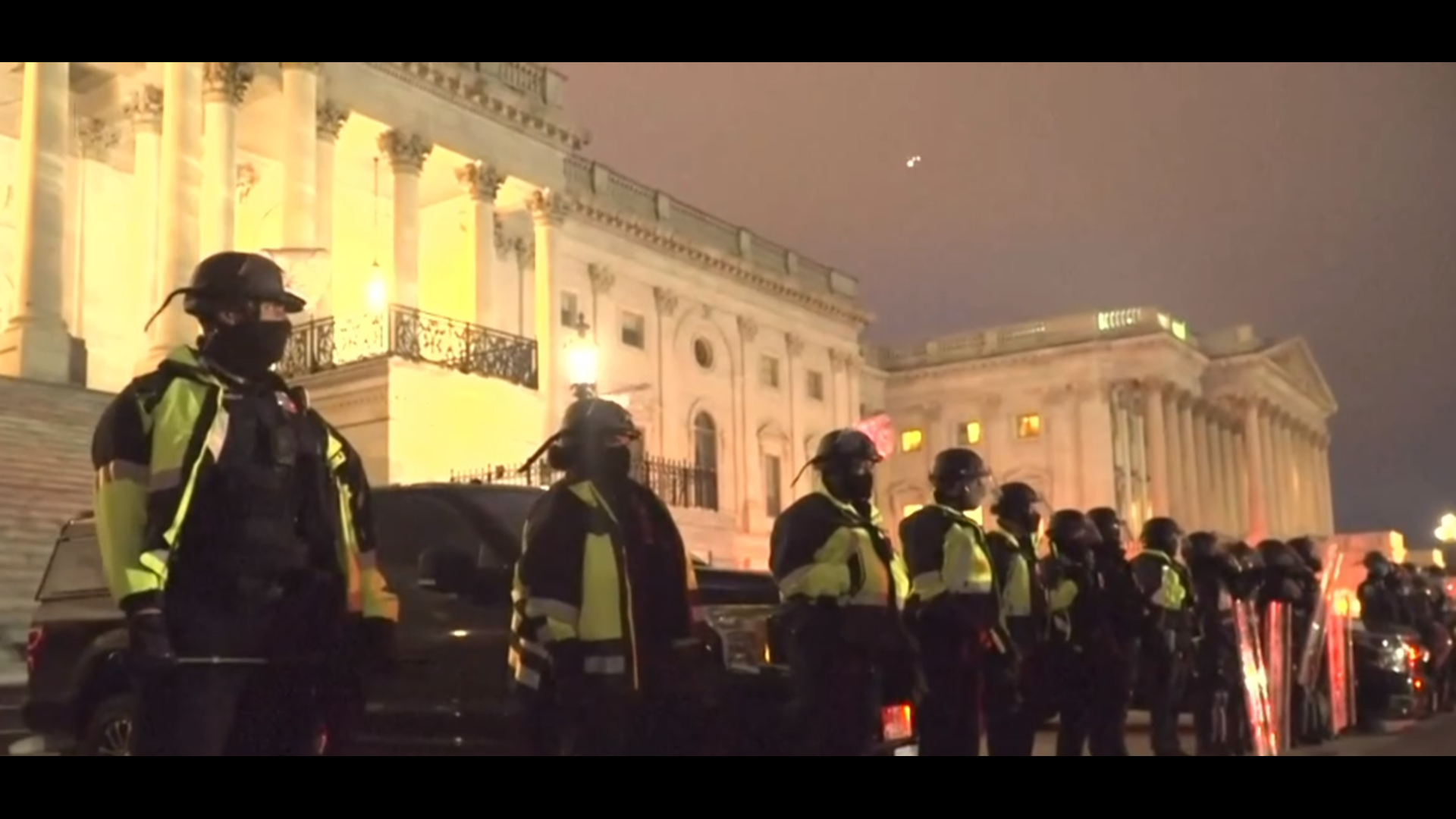 "I think we clearly see that we have a leader who isn't capable of leading," she said on "News 8 This Week with Jim Mertens".

"I think he either needs to resign, the 25th Amendment is up to Vice President Pence and the Trump cabinet, but, he is a menace to our Nation."

It's not an opinion shared by newly sworn-in Republican U.S. Representative Mariannette Miller-Meeks.

Though Rep. Bustos points out that President Trump encouraged protestors to march on the Capitol, Rep. Miller-Meeks says his statements the day after the chaos is important.

"The president has committed to a peaceful transition," she said.

"I think in order to keep the country calm, not to further drive a wedge between individuals and groups within this country."

You can listen to the entire interview with Rep. Marianne Miller-Meeks on THE CITIES PODCAST at WQAD.com.

Rep. Miller-Meeks says she left the floor of the House before hundreds of people swarmed inside and rampaged through the halls of the Capitol, entered lawmaker offices, and rummaged through the House and Senate Chambers.

But Rep. Bustos says she was in the Chamber as the crisis began.

"The rank and file Capitol Police officers who were on the House floor saved my life."

She says she first saw the surreal scene of the people breaking through barriers and then damaging parts of the Capitol when a colleague showed her video from a cellphone.

"And he said 'This is live television'."

She says Rep. Colin Allred, a former Tennessee Titan and Baylor University football player, helped her and others stay safe in those first moments of the Capitol assault.

"It wasn't just the Capitol Police inside the House Chambers who were heroes, you know Colin was looking out for us, we had combat veterans among our members of Congress and they were great."

You can listen to the entire interview with Rep. Cheri Bustos on THE CITIES PODCAST at WQAD.com.

Though Rep. Bustos had her harshest comments focussed on the "angry, vicious, deranged mob" who entered the Capitol, she said other protestors continued their disruptions on the flight out of Washington well after Wednesday's melee.

"In the middle of who knows what State we were over, thousands of feet in the air, started a mini rally right on an airplane, telling people to take off their masks.  Telling people to storm their own, the GOP party when they got home, that the work still continued."

She said police had to escort one of the "mob members" off the plane and more security had to be called after another group of protestors gathered in the airport terminal.

"These are the types of people who call themselves patriots, who think they are saving our Democracy," she said.