THIS WEEK: A military response to COVID-19 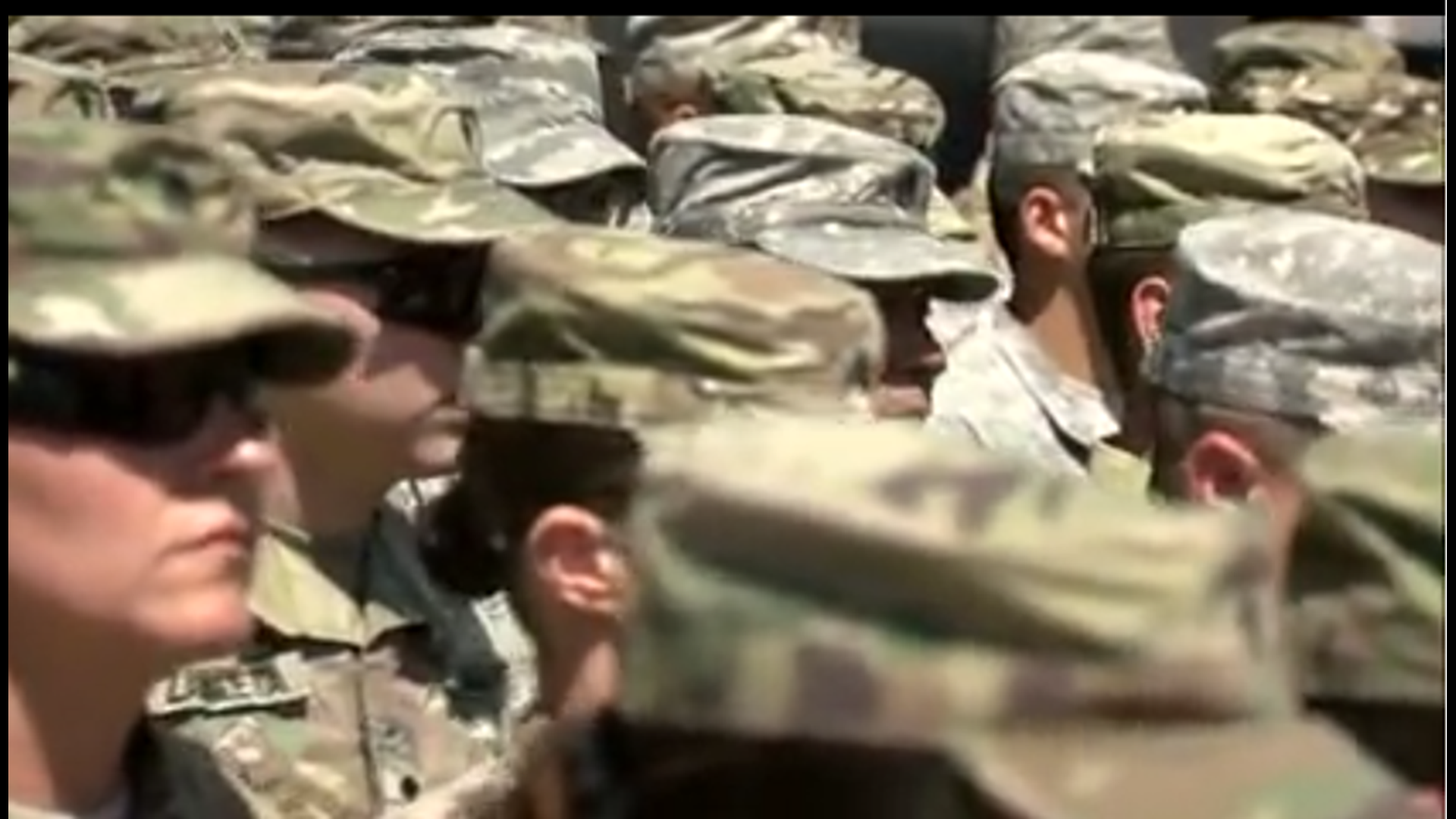 Today's military, so often in harm's way, also faces the same enemy the rest of us are facing: COVID-19.

Almost 70,000 (69,390 as of November 15) service members have contracted the virus since the beginning of the pandemic.

Nearly 800 have been hospitalized.

10 active military members have died as have 70-civilians serving with the military.

That low number of deaths is being attributed to the youth of the rank and file, constant health screenings, and the physical fitness regimen they face.

"We continue to collective train, bring units together and train, get them ready," said the commander of the Rock Island Arsenal-based First Army, Lt. Gen. Thomas James, Jr. during an interview that aired on "News 8 This Week with Jim Mertens"

Lt. Gen. James said the First Army has continued to deploy "on a global requirement or preparing for a large-scale contingency" as it has in the past.

The Army, and all branches of the military, are protecting individual servicemembers with requirements like wearing masks, social distancing, and washing hands.

Lt. Gen. James said soldiers get tested, are isolated if they test positive, and are part of the contact tracing effort to determine exposure.

"But once they're clean they go back into the training pipeline and send them all over the world to meet global demands."

Lt. Gen. James says the military has been fortunate that most of the servicemen and women have recovered from the illness.  But that also poses another problem.

"We have a lot of asymptomatic cases which is good because our soldiers aren't getting real sick," he explained.

"The problem is that it's harder to trace."

The military is also taking part in some of the tests determining the effectiveness of new vaccines.

Brooke Army Medical Center and Joint Base San Antonio-Lackland are among five sites chosen by the Defense Department for the trial.

"By becoming part of this trial, they're giving back to the next generations," said military researcher Peggy Smith.

Another impact of COVID-19 on the military

During the holidays, military veterans are also feeling the impact of COVID-19.

The Veterans Administration says more vets are reaching out for help by picking up the telephone.

"In a normal month, we do 40,000 mental health appointments a month through TeleHealth," said Veterans Affairs Secretary Robert Wilkie.

Wilke says the virus has left an impact on the VA.

"I'll tell you how it's changed us. It's made us more nimble. But it has made us adapt to what I consider to be the last great medical issue facing this country, and that is mental health."

Military OneSource has a number of ways to help you.  You can click here to find resources made available through the U.S. Defense Department.

Watch "News 8 THIS WEEK with Jim Mertens" every Sunday morning at 10 on WQAD News 8.