Taylor Treanton and her grandparents Robert and Mary Wickham died after last week's fire. The Wickham's son, Jodd, was able to escape the fire that morning. 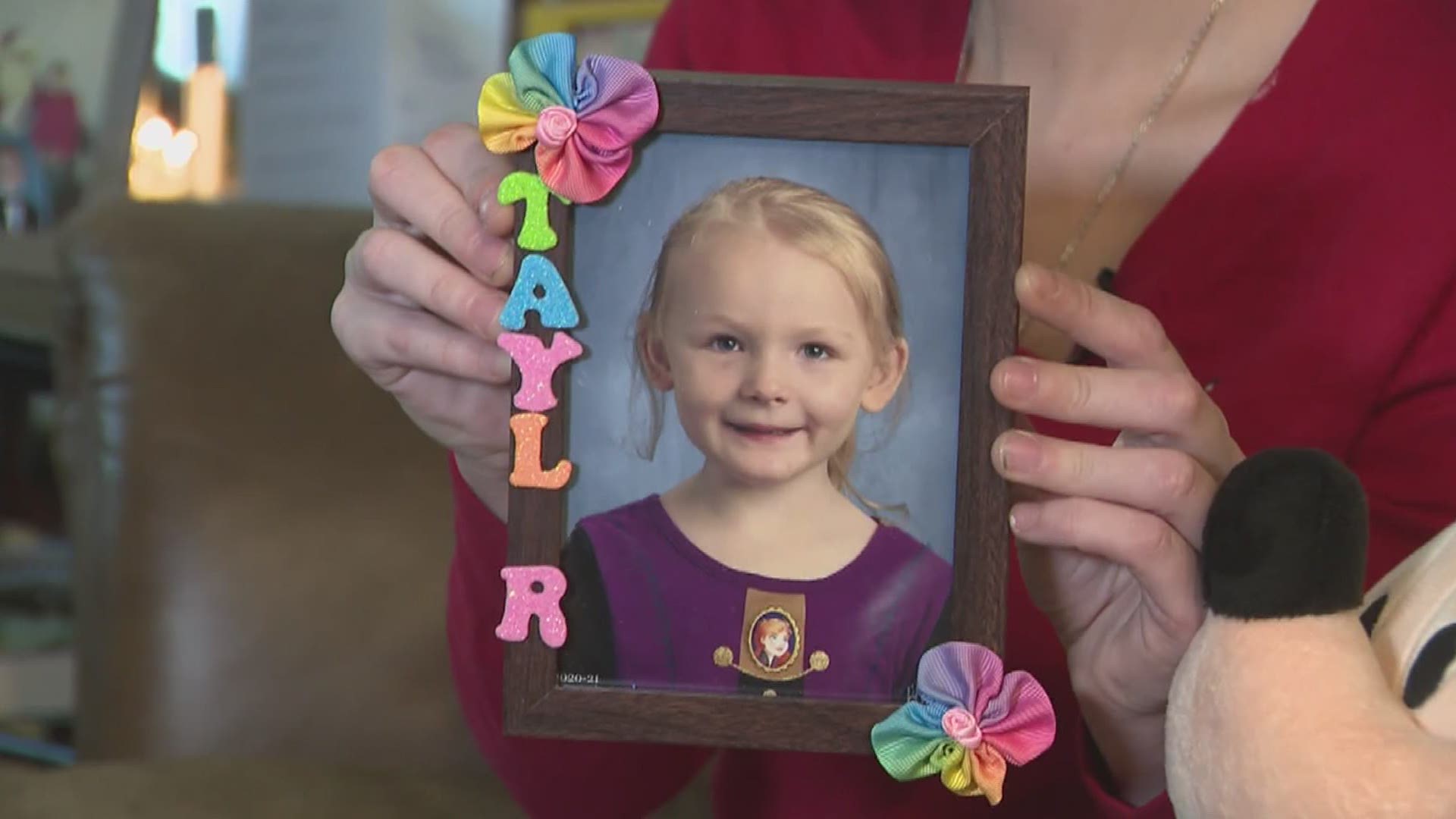 Maggie Meade's living room looks like her daughter Taylor Treanton was just there -- the five year old's kitchen set still in the corner, and her favorite stuffed animal on the couch.

"This is her mickey mouse," Maggie says. "She'd always take it when she slept with me."

Taylor died in an early morning house fire in Bettendorf last week, along with her grandparents Robert and Mary Wickham.

"Bob and Mary -- they loved that child," Maggie says. "They'd always talk about her."

Taylor lived at the home with her grandparents and their son Jodd. The 18-year-old was able to escape the fire that morning.

Maggie loved her little girl very much, and she describes Taylor as the sweetest child ever.

"She had the biggest smile. She was very polite," she says. "(Taylor said) her 'please's' and 'thank you's' before and after everything."

Taylor was in pre-school at Neil Armstrong Elementary School, and her mom says her daughter was very smart.

"She could spell her name and write it out, and she could say her ABC's and count to 40," Maggie says.

Maggie says she was at work when the house caught fire, and she heard about the tragedy after her shift when she arrived at the hospital.

"It still feels like a nightmare that I want to wake up from, and I'm never gonna wake up from it," she says.

Family, friends and the community are showing their support, reaching out to Maggie and donating to a GoFundMe to cover funeral expenses for Taylor.

"I can't express the gratitude I have for everybody, for the kind words and donations," she says. "She meant the world to everybody."

The entire family is still grieving, but one thing is giving Maggie comfort right now -- knowing that Taylor is still with her.

"They say there's a purpose for everybody, and I think Taylor's purpose when she passed away was to bring everyone together, and that's exactly what she's doing," Maggie says. "I know she's looking down at everybody right now and just smiling."

Private visitation and memorial services for Taylor are scheduled for this week. Maggie says she's planning on celebrating Taylor's life with a balloon release this spring, for anyone to attend.