Starting as a teacher in 2004, Chrissy Willis puts her heart and soul into her work at Truman Elementary School in Davenport. 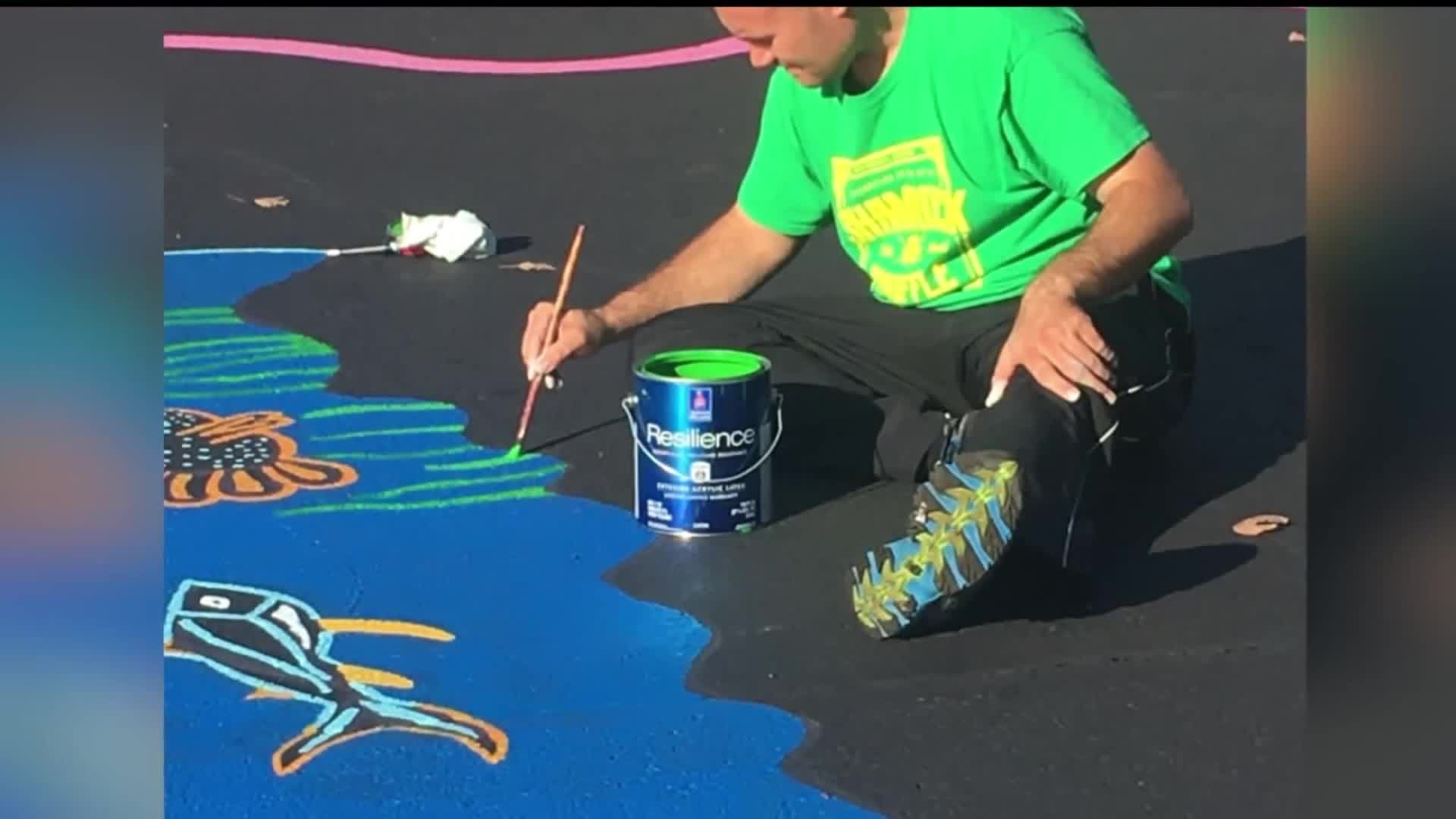 DAVENPORT, Iowa-- Starting as a teacher in 2004, Chrissy Willis puts her heart and soul into her work at Truman Elementary School in Davenport.

Chrissy's mother-in-law, Barbara Willis, has seen every step Chrissy has taken all for the kids along the way.

"She's got a heart of gold," Barbara said. "She is one of those that will do what needs to be done for the kids."

When given the opportunity Chrissy returned to Truman as principal, putting together innovative ideas like the "KIND" wall.

"Our fourth and fifth grade students made a pact to be kind to one another," said Chrissy. "The "I" is empty and kids stand in the middle of it and we took pictures. That was our first big project."

But, her true pride and joy is a sensory friendly playground.

"Out on that playground we had a big open blacktop and don't have a lot of equipment, which costs a lot of money, so we wanted to think outside the box," said Chrissy.

Partnering with Central High School art students, the playground was created with painted trails and games giving the high school students work experience and her kiddos a new way.

Barbara thought Chrissy deserved to know her hard work was being noticed by nominating her for the $300 Pay It Forward award sponsored by Ascentra Credit Union.

Her whole family showed up at Truman to show their support and share in the surprise.

"I am very proud of my daughter-in-law," said Barbara.

Chrissy is excited for the opportunity to give more to her students but the recognition from her family made the experience even better.

"It is an incredible honor to be recognized for the work that I do and I couldn't do the things that I do without the amazing support of my family," said Chrissy.

Her work is far from over as more additions and plans are always on her mind.

"It takes a special person to be an educator because you really have to love kids and I come to work everyday because I love what I do and I will fight for these kids day in and day out," said Chrissy.

The money will go towards a rock wall they are building for the playground at Truman.

If you know of someone doing good things in your community, someone who shows the core values of Ascentra Credit Union, which are Listening, Caring and Doing What's Right, why not Pay it Forward?