Pay It Forward: Getting Gilda’s Back Open

After more than 2 months, Gilda’s Club Quad Cities is back open and able to help the thousands of people who reach out for support each year. 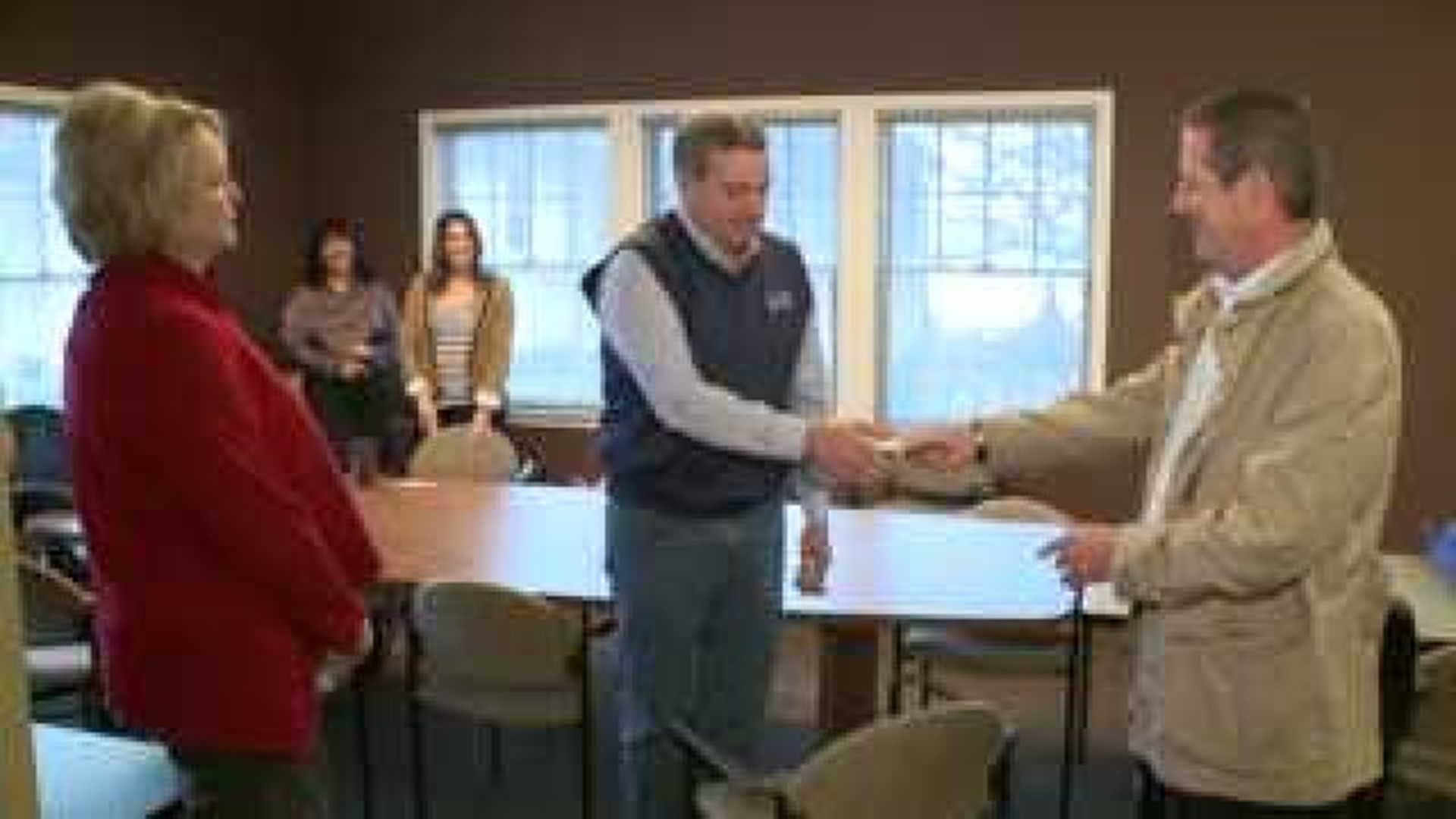 The water is back on at Gilda's Club, and that means programs for the cancer support center are getting back to normal.

But it was a tough, long winter after a frozen water line shut down the clubhouse for 8-1/2 weeks.

That meant shutting the door and relocating what services they could.

"I think the hardest part is when you answer the phone and you have to tell someone we are not open right now.  As a not for profit in the community, money is really tough," said Gilda's Club CEO Claudia Robinson.

WQAD aired a story about the situation and Rob Benedict was watching.

"Rob came all the way from Galesburg with a whole team of plumbers. They volunteered all their time materials.  They've spent 40-60 hours trying to get these water lines open for us.  They bought specific equipment. Never asked for anything in return," Robinson said.

Those at Gilda's Club wanted to say thank you and Pay It Forward.

Steve McCann the President of the Gilda's Club Board presented the money saying to Benedict.

"Wow, thanks.  Can I donate it back?" was Benedict's immediate response.

Quick to hand the money right back, he says his reaction is simple.

"We bought special equipment just for this project here, because the system is different than what we are use to dealing with; but the investment has been worth it," said Benedict.

Robinson points out that Benedict worked through many obstacles along the way, never giving up.

"He just kept coming back and coming back, and we appreciate it more than he will ever know. He wanted absolutely no recognition, he just wanted people to be able to come," says Robinson.

So, after more than two months, the water is back on and the big red door is back open.